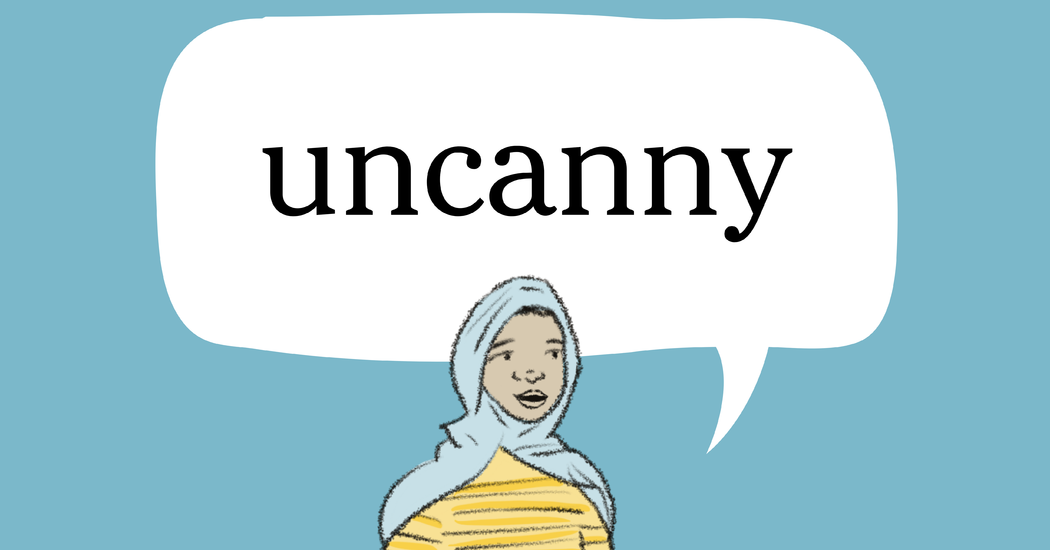 1. surpassing the ordinary or normal

2. suggesting the operation of supernatural influences

The word uncanny has appeared in 237 articles on NYTimes.com in the past year, including on March 10 in “Tasmanian Tigers Are Extinct. Why Do People Keep Seeing Them?” by Asher Elbein:

Known officially to science as a thylacine, the large marsupial predators, which looked more like wild dogs than tigers and ranged across Tasmania and the Australia mainland, were declared extinct in 1936. But on Feb. 23, Neil Waters, president of the Thylacine Awareness Group of Australia, promised conclusive photographic proof of a surviving thylacine. The four photos, he claimed, showed a family of thylacines, including a juvenile, moving through dense brush. The announcement kicked off a flurry of excitement among wildlife aficionados.

But, analysis by thylacine specialists rapidly debunked the photos as a case of mistaken identity. The event is the latest in a tradition of extravagant claims about photographic or video evidence of lost or unknown species that don’t pan out. Why do these cycles occur so regularly, at times even convincing experts? The answer, psychologists say, may lie in quirks of the human mind and how we process information that is at once familiar and difficult to perceive.

… These kinds of mistakes are common, Dr. Naish said, in part because even experienced outdoors people and researchers aren’t always adept at identifying animals from unfamiliar angles or in unfamiliar states. Size and distance can be hard to judge in photographs, causing domestic cats to resemble big cats. Subtract fur, as in the occasional rotting raccoon carcass or mangy fox, and even familiar mammals can look deeply uncanny — or like an extinct marsupial predator.

Can you correctly use the word uncanny in a sentence?

If you want a better idea of how uncanny can be used in a sentence, read these usage examples on Vocabulary.com.