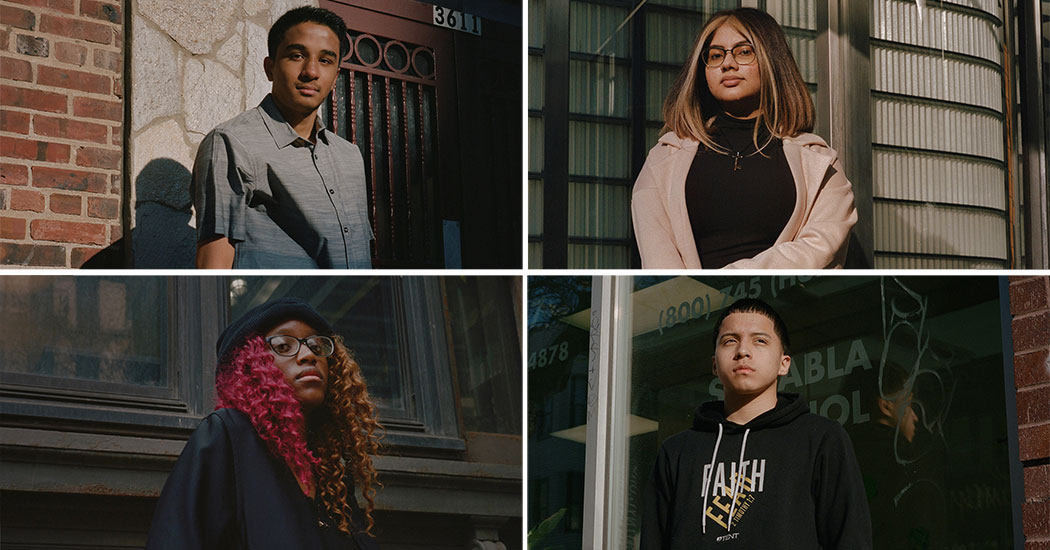 Here is the March edition of Teenagers in The Times, a roundup of the news and feature stories about young people that have recently appeared across sections of NYTimes.com. We publish a new edition on the first Thursday of each month.

‘He Was Suffering’: Teenager Who Filmed Floyd’s Arrest Testifies at Trial

Darnella Frazier, who was 17 years old when she filmed video of George Floyd’s arrest, testified on Tuesday in the murder trial of Derek Chauvin, the former Minneapolis police officer charged in Mr. Floyd’s death.

‘Children Are Off-Limits’: France on Course to Set 15 as Age of Consent

The bill, which characterizes sex between adults and minors under 15 as rape, was adopted by the National Assembly after a series of sexual abuse scandals and may become law by April.

Despite the agreement with the FARC, Colombia’s conflict is far from over. This month, the government bombed a rebel camp full of young people.

Hundreds of Schoolgirls Abducted in Nigeria Are Released

Hundreds of Nigerian schoolgirls who were abducted by armed men from their boarding school last week have been released, officials said. Mass kidnappings of children have become a growth industry amid Nigeria’s economic crisis.

I Survived 18 Years in Solitary Confinement

“The harrowing injustice I suffered as a boy should never happen to another child in this country,” writes the author of this Opinion essay.

Minneapolis Police Investigate Punching of a Black Teenager by an Officer

The events were recorded on video by an eyewitness and came as residents had been protesting another teenager’s arrest in connection with what police said was a “violent felony carjacking.”

A former New Orleans officer drove a 14-year-old girl to a hospital for a rape evaluation in May. For months afterward, he groomed her and eventually raped her, the girl’s mother claims in a lawsuit.