Large mega-mergers and acquisition deals may be enticing, but smaller deals actually create more value for insurers, according to a recent report by global management consulting firm McKinsey & Company.

The primary goal of six out of 10 transactions (representing 70% of deal value) has to been increase scale, according to McKinsey’s analysis of about 250 North American transactions in P&C and life insurance.

“Presumably, the assumption is that the benefits of scale will show up in shareholder returns,” said the report, A better approach to M&A in North American insurance. “But in fact, insurers in both the life and the P&C sectors generated superior excess [total shareholder returns (TSR)] by focusing on smaller acquisitions and on goals other than building scale. This included, for example, efforts to diversify product offerings or add new capabilities.”

Such a track record suggests many insurers need a different approach to M&A, especially during the COVID-19 crisis, since factors such as sustained low interest rates drag down insurers’ results, said the report, representing the views of McKinsey’s insurance practice. “Smaller deals that are core to an insurer’s existing business often result in lower risk and greater excess TSR compared with large deals.” 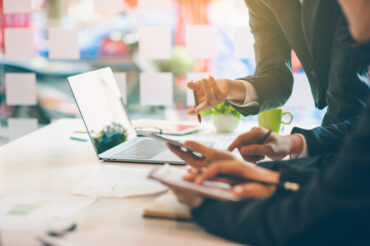 Among North American P&C and life insurers, large acquisitions are rare. And even if higher shareholder returns are the objective, even many mid-sized deals fall short, McKinsey said. Smaller deals that add new products or capabilities help insurance M&A outperform the industry average.

Of the 249 transactions analyzed between 2007 to the present, 173 were in the P&C space, with a combined deal value of $136 billion. Excess TSR outperformance of small deals over large ones was 3%.

Making a series of small deals could be a bridge to a programmatic approach to acquisitions, McKinsey said. At its core, programmatic M&A means completing many small deals regularly over time rather than focusing on occasional large transactions. It also means divesting to refocus on growth in segments offering attractive returns.

The most effective programmatic acquirers have built organizational infrastructure and established best practices across all stages of the M&A process — including strategy and sourcing, due diligence, integration planning, and establishing the operating model. The best insurers pursue the following four imperatives:

1) Make M&A a core plank of the overall strategy

The best acquirers often use an M&A blueprint to prompt business leaders to approach deal-making more purposefully. Such blueprints need to include components such as accounting for potential disruptions and acknowledging competitors’ likely actions and reactions. It should also define any boundary conditions that narrow the scope of potential targets.

Programmatic acquirers often develop an extensive understanding of the relevant industries and build exhaustive rosters of potential targets that are consistent with their blueprint, McKinsey found.

“They then begin systematic relationship-building efforts across the list, even without a specific transaction in mind, establishing their visibility as a potential partner and gaining basic familiarity with a broad range of firms.”

To do this well, many insurers will need to shift the focus of their M&A teams from making one-off deals to building a more comprehensive view of their industry and its players across subsegments.

3) Assess the full spectrum of options, including partnerships, joint ventures, and alliances

4) Never underestimate the value of a good divestiture

McKinsey’s analysis of thousands of deals found that companies investing in divesting, not just acquiring, earn 1.5% to 4.7% higher TSR than companies focused on acquisitions alone. Executives also pay special attention to stranded costs — such as outdated infrastructure, legacy supplier agreements, or depreciation and amortization costs — that can eat into the sale price of a divested business.

“In the North American insurance industry, big deals get a lot of attention — but smaller deals can create more value,” McKinsey concluded. “With an outlook of increased M&A activity, companies have an opportunity to codify their M&A practices into a more structured program of frequent small deals.”