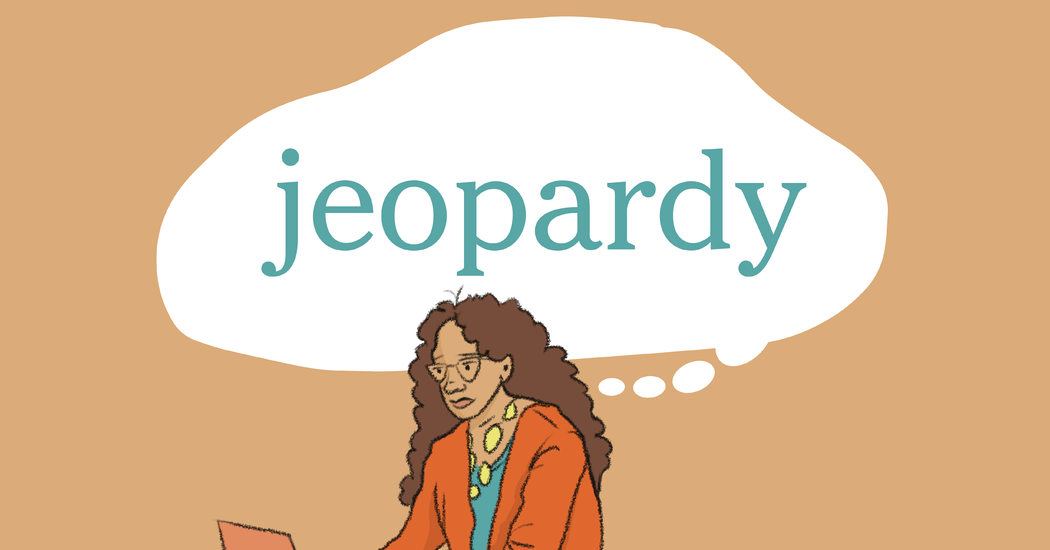 : a source of danger; a possibility of incurring loss or misfortune

The word jeopardy has appeared in 342 articles on NYTimes.com in the past year, including on March 24 in “Miami Beach Opened Up and the Revelers Flocked In. Then Came the Crackdown.” by Michael Majchrowicz andAudra D. S. Burch:

After driving two hours from his home in Montgomery, Ala., to Atlanta to catch a flight to Miami with friends, TJ Ray, 32, learned their vacation trip to South Beach was suddenly in jeopardy.

News had reached them that city officials were cracking down — and hard — on large groups of tourists. They had shelled out hundreds on flights and an Airbnb, and now city officials were on national newscasts announcing they would be imposing a mandatory curfew.

Can you correctly use the word jeopardy in a sentence?

If you want a better idea of how jeopardy can be used in a sentence, read these usage examples on Vocabulary.com.

6 Benefits Successful Cultural Transformation Can Bring To Your Organization