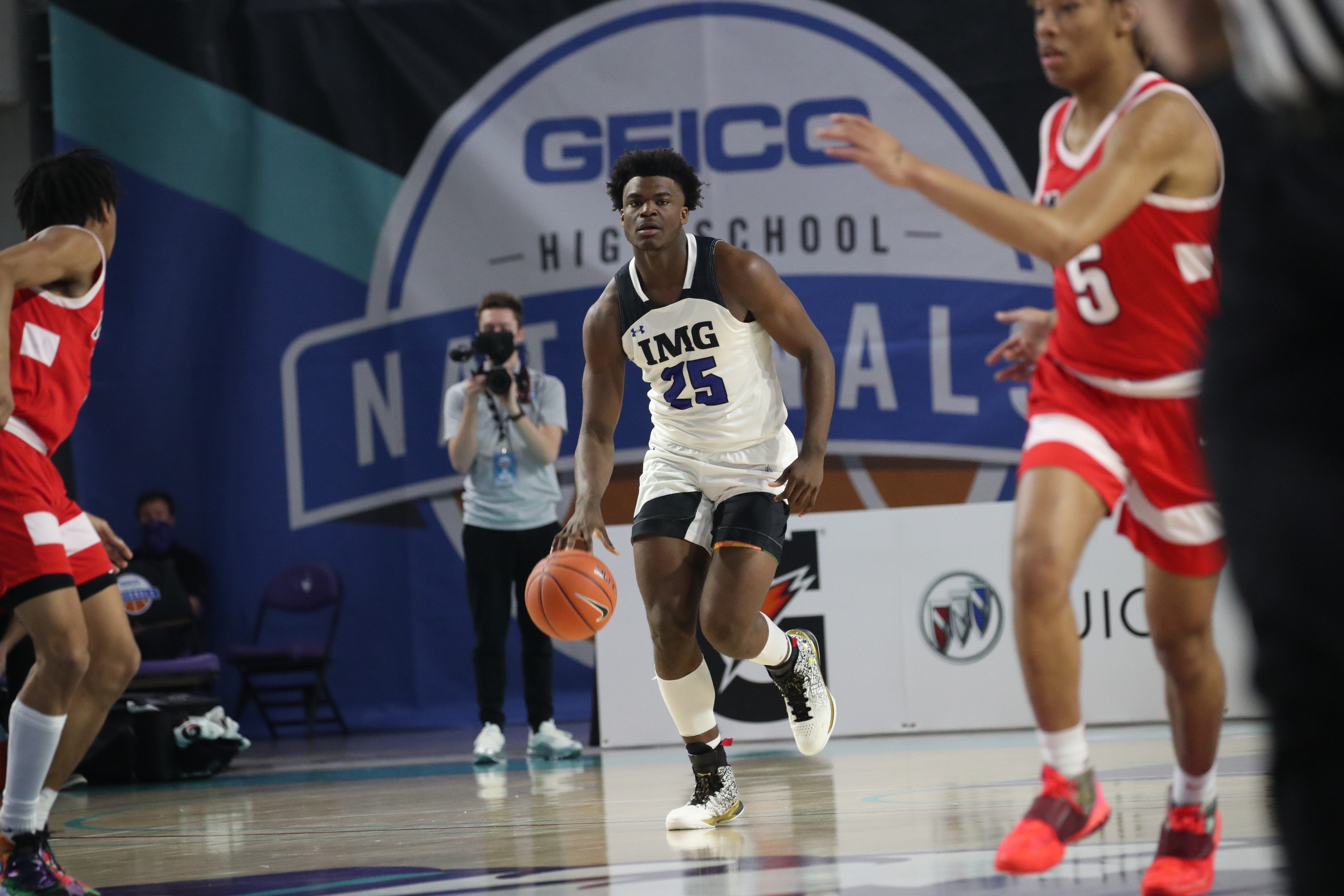 The Buffaloes and the Ascenders came away with wins in the closing seconds early Thursday afternoon. Watch Kendall Brown and Jarace Walker after their wins.

The GEICO Nationals high school boys basketball quarterfinal games took the court on Thursday as eight of the top teams in the nation compete for a national championship. The tournament continues through Saturday at Suncoast Credit Union Arena at FSW in Fort Myers.

HIGHLIGHTS: TyTy Washington lit the spark for a run that Wasatch Academy could not suppress in the second half.

The AZ Compass Prep point guard started slow, along with the rest of the Dragons. Wasatch’s Fousseyni Traore was having his way in the paint, putting up 12 points in the first half and helping the Tigers build a 9-point lead.

But the Dragons loosened up after halftime, showcasing speed and shotmaking that the Tigers could not contain. AZ Compass outscored Wasatch 41-27 in the second half.

It was an electric performance from Washington, who finished the game with 22 points, 10 rebounds and 5 assists, along with a block and two steals.

Once Wasatch relinquished the lead it held for 25 minutes, the Dragons stepped on the accelerator to lead by as many as 10 points in the fourth quarter.

AZ Compass Prep (Arizona) will face the No. 1 seed Montverde Academy in the semifinal game Friday at 4:30 p.m. on ESPN2.

RECRUIT WATCH: A former Creighton commit, Washington is the No. 5 point guard in ESPN’s 2021 class.

Washington de-committed from Creighton earlier this month and said he is now sought by teams including Kansas, Arizona, UCLA, Oregon and Texas Tech, he said.

His performance on Thursday will likely draw some attention.

“In the second half, I really just turned it up, showed everybody what I really am capable of doing, which was leading my team, coming back to get the victory.”

His decision will ultimately come down to style of play and fit.

“Just looking at what’s the best situation for me and also what would be for the team as well,” Washington added.

Traore led Wasatch with 20 points and 5 rebounds, while Nolan Hickman had 4 points, 9 assists, and 4 boards.

The top-seeded squad showcased their depth and talent as they dominated Oak Hill Academy from start to finish.

The Eagles were especially effective on the boards, where they outrebounded the Warriors 37-18. Five Montverde players finished the game scoring in double-digits, led by forward Caleb Houstan with 20.

“I feel like the culture that they’re building there is something that I really want to be a part of,” he said.

He’s particularly excited to work with Coach Juwan Howard, who will be entering his second season after being named the Associated Press Coach of the Year in his debut with the Wolverines.

“It’s only a couple months away, so I can’t wait to get there and start working,” Houstan said.

And while Michigan’s NCAA Championship hopes were dashed on Tuesday, another Eagle, Ryan Nembhard, will be closely following the rest of the tournament.

His brother, Andrew Nembhard, plays for Gonzaga, which will face UCLA on Saturday for a spot in the national championship game.

Ryan Nembhard, a Creighton commit, said he hopes Montverde and Gonzaga both tally wins on Saturday, and then he’ll plan to travel to Indianapolis to watch his brother play for a national title. 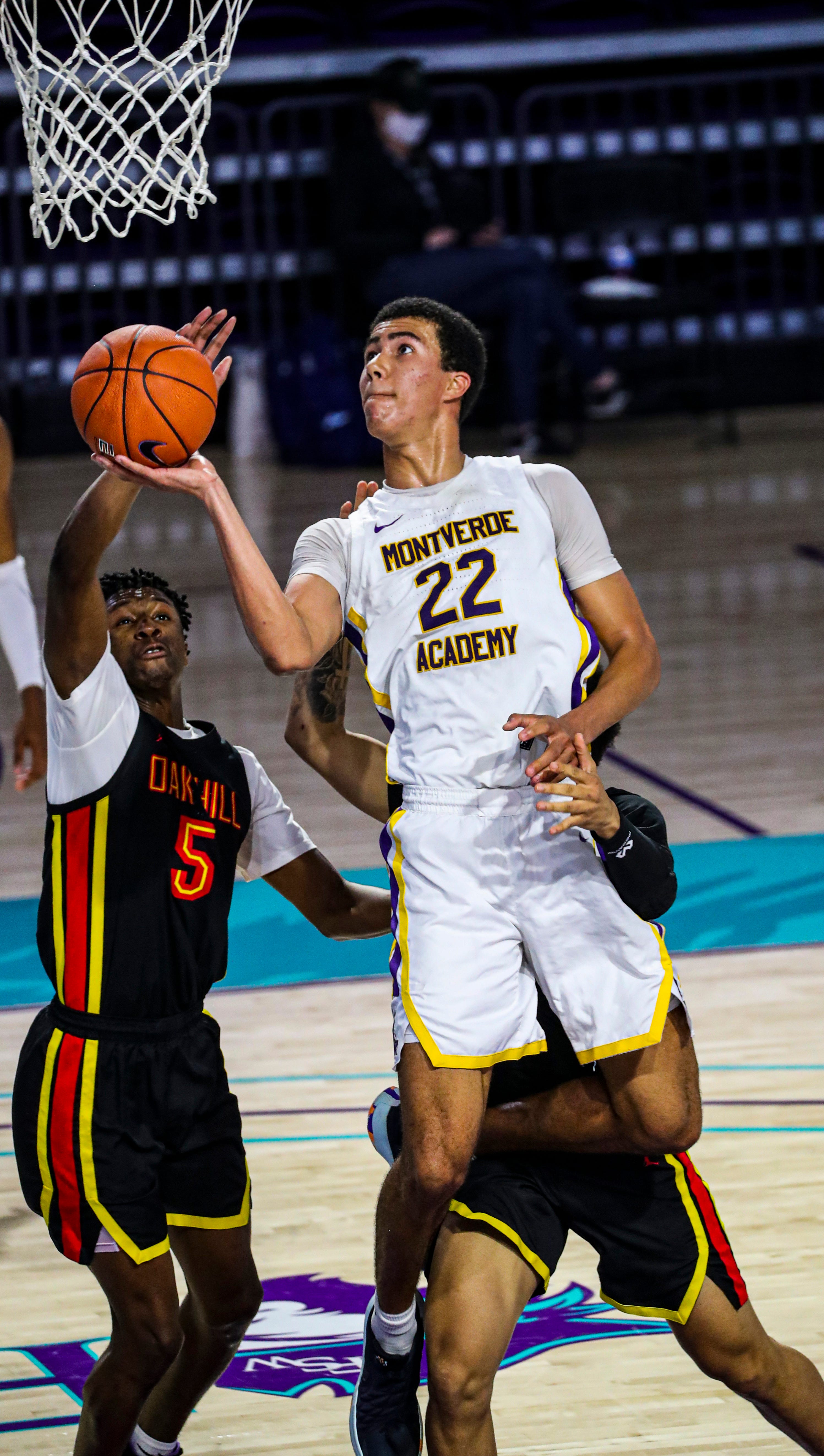 The Eagles and the Dragons won their games, setting up a semifinal clash on Friday. Watch Caleb Houstan and TyTy Washington after their wins.

“It would be a dream come true just to watch,” Nembhard said. “I’ve been watching for basically my whole life, so it’d just be a great environment to go see him over there and then hopefully they get the win.”

HIGHLIGHTS: Sunrise Christian’s defense stepped up when it needed to most in the final seconds.

After Gradey Dick missed the front end of a one-and-one, Prolific’s Kamari Lands went down the court, and four Buffaloes swarmed the ball. Lands’ shot came up just short and went in off a tip-in try from Jordan Pope, but just after the buzzer sounded.

“That was them just playing,” Sunrise Christian coach Luke Barnwell said. “I would’ve preferred to not have four guys on the ball, but I think the pressure bottled him up and he kind of panicked. Ideally, we stay matched up and I told them to switch everything, and we didn’t switch everything. We played like third-grade basketball. Everyone just went to the ball.

More: Who are the top players to watch in this week’s GEICO Nationals high school basketball event?

“Thankfully it didn’t hurt us, and (Kamari) didn’t kick it or move it or anything. They had some guys open.”

The Buffaloes will advance to the semifinals to take on IMG Academy tomorrow at 2:30 p.m. on ESPN2.

RECRUIT WATCH: Baylor-bound Kendall Brown led all scorers with 21 points while grabbing four rebounds and adding a pair of steals. Brown didn’t have any turnovers in 32 minutes of play.

The 6-foot-8 forward had a number of game-changing moments late, including a dunk to give the Buffaloes a brief lead with just under three minutes to play.

“We got down by four or five in the closing minutes of the game,” Brown said. “We knew as a team that we’ve been in this position before in many games. And we knew we just needed to stay calm and play defense.”

“The first game is always the hardest. We just got to go back, regroup, and be ready for the next one.”

Brown will be watching his future school Baylor in the Final Four on Saturday and hopes the Bears make it to the title game on Monday night.

“It’s great I’m going to be there next year,” Brown said. “Can’t wait to get down there. Those are my boys, and I hope they can pull it out.”

In the loss, Oregon signee Nate Bittle had 10 points, six rebounds, and four assists, while Stefan Todorovic had 12 points. Lands ended the game with 10 points and seven rebounds.

HIGHLIGHTS: Down 58-41 midway through the third quarter, Milton never folded.

The Eagles came back to get within one of IMG in the final minute, but that’s as close as they would get.

A key and-one by Jarace Walker, followed by buckets from Eric Dailey Jr. and Jaden Bradley put the game on ice as IMG escaped with the quarterfinal victory.

“That play was huge,” IMG coach Sean McAloon said. “It actually got us back to where (the margin) was. Jaden got downhill, and Eric is one of our leading scorers, and we put him in the corner, and they had to make a decision on whether they were going to stay with Jaden or go to Eric, and Eric knocks down the three.

RECRUIT WATCH: Walker, who is a consensus top-10 recruit by ESPN, 247Sports, and Rivals, ended the game with 16 points on 7-of-11 shooting, adding seven rebounds, three blocks, and a pair of assists.

Walker possesses notable offers from Michigan, North Carolina, Auburn, and Maryland, and found out about the news of North Carolina coach Roy Williams retiring this morning.

“It was really tough to hear that,” Walker said. “He had a great career as a coach. A great guy. Was really helping his team win.”

Ohio State verbal Bruce Thompson had 18 points on 5-of-11 shooting while grabbing six rebounds. He came one assist shy of a double-double, with nine.

“We always fight back and never stopped playing,” Thompson said. “We kept fighting back, but they’re a good team. Coach always told us to believe, and the game is never over until there’s zero’s in the fourth quarter. We feel like we fought back, and we came up short, but it’s all good. I feel like we fought as a team and showed who Milton High School is.”

STATS: The Ascenders shot 50.8% from the field, compared to Milton’s 37.1%. Milton’s Kanaan Carlyle had a game-high 22 points on 7-of-23 shooting. Bradley had 20 points for the Ascenders. In total, seven players ended the game in double figures between the two teams. 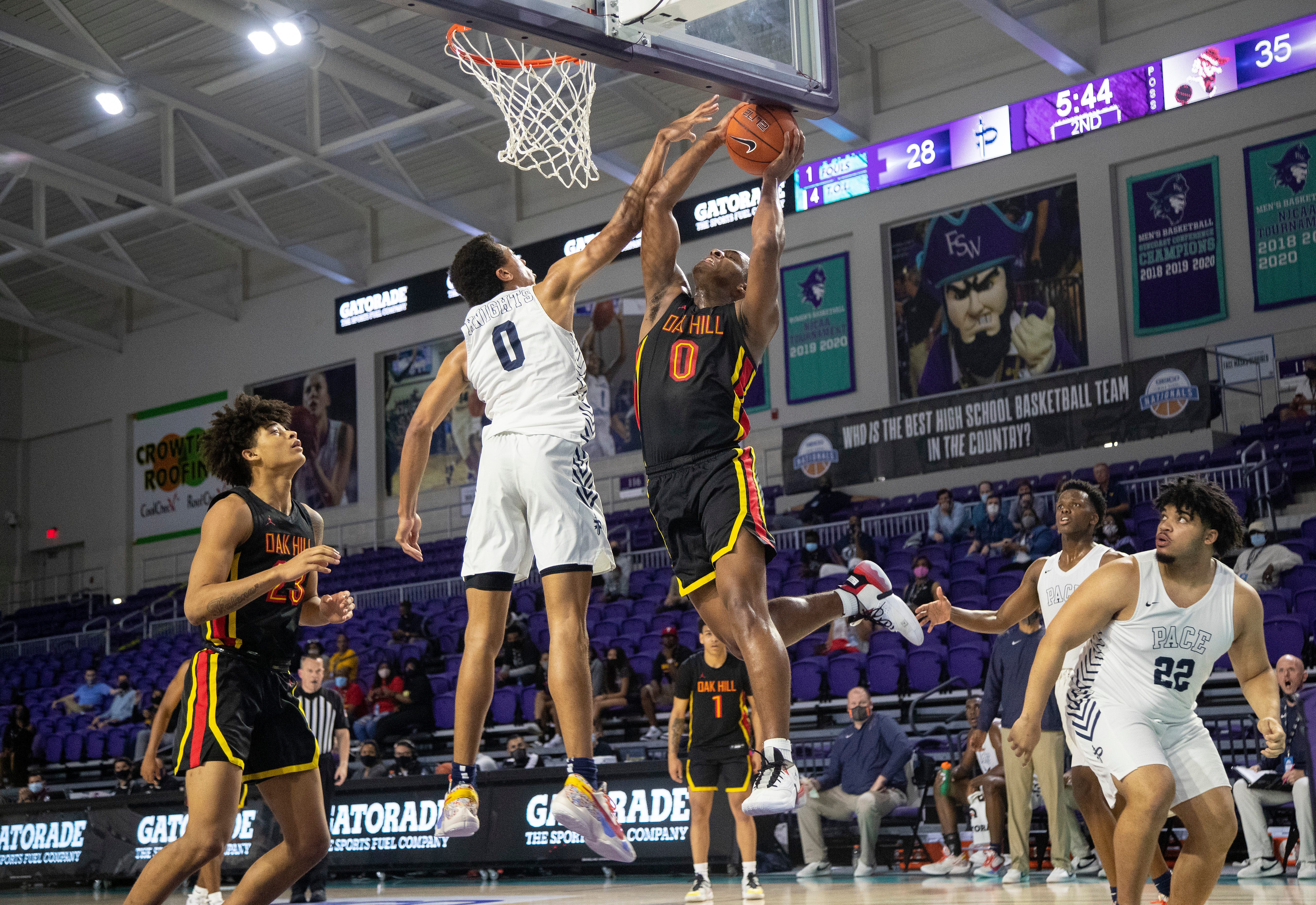 Secure your family from life, health uncertainties in a single insurance plan