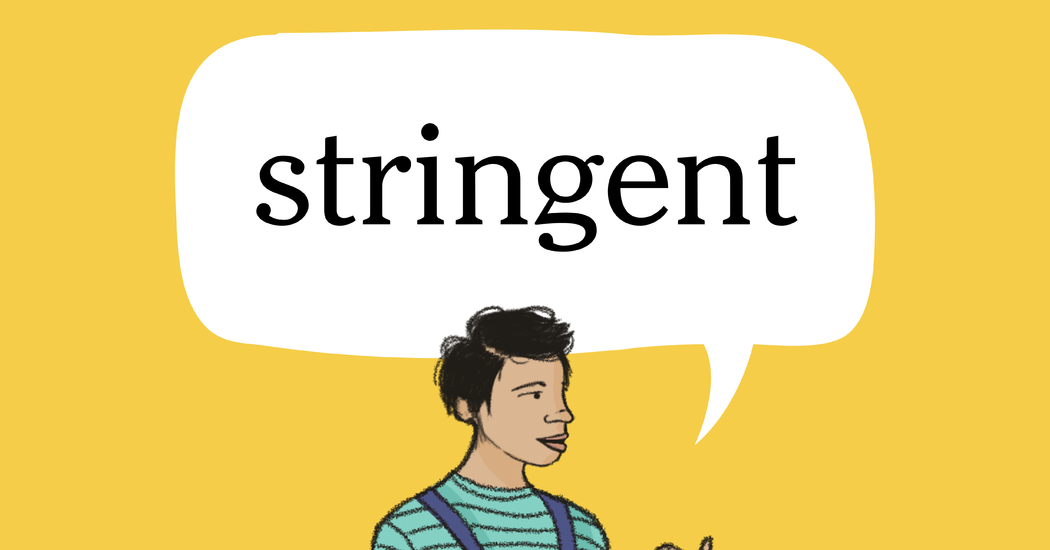 The word stringent has appeared in 558 articles on NYTimes.com in the past year, including on Feb. 23 in “The Pandemic Has Diminished Part of Athletes’ Jobs: Signing Autographs” by Gerald Narciso:

In many stadiums and arenas worldwide, massive tarps now cover areas above the tunnels where athletes pass in and out of playing areas and where zealous fans with pens and sports memorabilia typically jostle for position around the railings.

In the N.H.L., players cannot socialize with teammates on the road, much less interact with fans. Claude Giroux, the Philadelphia Flyers’ captain, said he couldn’t remember the last time he had autographed an item.

… In England, the Premier League has set similarly stringent policies in its soccer stadiums. Fans began being allowed back into the stands in December, but contact between them and players is not permitted.

Can you correctly use the word stringent in a sentence?

If you want a better idea of how stringent can be used in a sentence, read these usage examples on Vocabulary.com.