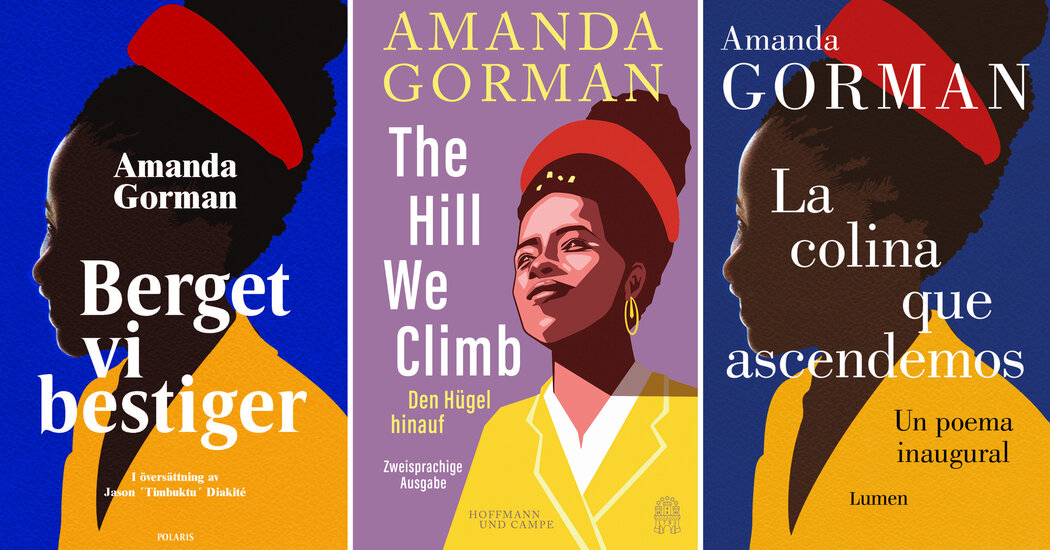 Do you ever read books, plays or short stories that have been translated from another language? Have you ever read a book for school that was translated, such as “The Stranger” by Albert Camus, “The Diary of a Young Girl” by Anne Frank, “Don Quixote” by Miguel de Cervantes, “Madame Bovary” by Gustave Flaubert, “Siddhartha” by Herman Hesse or “A Doll’s House” by Henrik Ibsen?

In “Amanda Gorman’s Poetry United Critics. It’s Dividing Translators,” Alex Marshall writes about a debate in Europe about who should be asked to translate work by writers of color. (If you haven’t read Ms. Gorman’s poem, you can read the transcript here.)

Hadija Haruna-Oelker, a Black journalist, has just produced the German translation of Amanda Gorman’s “The Hill We Climb,” the poem about a “skinny Black girl” that for many people was the highlight of President Biden’s inauguration.

So has Kubra Gumusay, a German writer of Turkish descent.

As has Uda Strätling, a translator, who is white.

Literary translation is usually a solitary pursuit, but the poem’s German publisher went for a team of writers to ensure the poem — just 710 words — wasn’t just true to Gorman’s voice. The three were also asked to make its political and social significance clear, and to avoid anything that might exclude people of color, people with disabilities, women, or other marginalized groups.

For nearly two weeks, the team debated word choices, occasionally emailing Ms. Gorman for clarifications. But as they worked, an argument was brewing elsewhere in Europe about who has the right to translate the poet’s work — an international conversation about identity, language and diversity in a proud but often overlooked segment of the literary world.

“This whole debate started,” Gumusay said, with a sigh.

It began in February when Meulenhoff, a publisher in the Netherlands, said it had asked Marieke Lucas Rijneveld, a writer whose debut novel won last year’s Booker International Prize, to translate Gorman’s poem into Dutch.

Rijneveld, who uses the pronouns they and them, was the “ideal candidate,” Meulenhoff said in a statement. But many social media users disagreed, asking why a white writer had been chosen when Gorman’s reading at the inauguration had been a significant cultural moment for Black people.

Then, the poem’s Catalan publisher dropped Victor Obiols, a white translator, who said in a phone interview his publisher told him his profile “was not suitable for the project.”

Literary figures and newspaper columnists across Europe have been arguing for weeks about what these decisions mean, turning Ms. Gorman’s poem of hope for “a nation that isn’t broken, but simply unfinished” into the latest focus of debates about identity politics across the continent. The discussion has shone a light on the often unexamined world of literary translation and its lack of racial diversity.