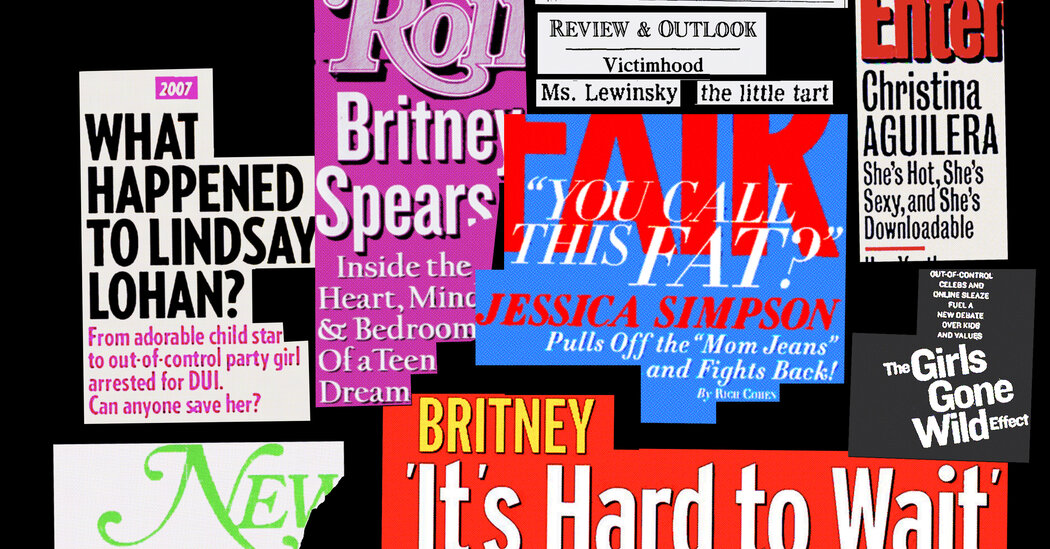 If you have not yet brought Women’s History Month into your classroom, this media literacy lesson may provide an opportunity. You can also explore our other lesson plans for Teaching and Learning About Women’s History With The New York Times.

Featured Article: “Speaking of Britney … What About All Those Other Women?” by Jessica Bennett

The New York Times documentary “Framing Britney Spears” has prompted a re-evaluation of media coverage of celebrities, especially young women, who were hounded and scrutinized in the 1990s and early 2000s amid a “market for humiliation.” A celebrity media machine that fixated on the personal struggles of famous women cast itself as necessary to protect young fans; it is now being criticized as stereotype-riddled, profitable bullying, that was carried out without care for its subjects.

In this lesson, you will learn more about the media environment from that time and explore how it connects to the current environment. Then you will choose a female figure from the past or present and investigate how she has been covered by the media in order to learn and to practice some of the media literacy strategies Ms. Bennett uses in her analysis.

Closely examine the above image, which features American newspaper and magazine clippings from the 1990s and early 2000s. What do you notice? What do you wonder? What questions do you have?

Who is being written about in these clippings? Had you already heard of these celebrities? What is the tone of the coverage? What words stick out for you? How do these clips compare with what you currently read about celebrities?

Read or listen to the article, then answer the following questions:

1. The article’s summary states that “we are living in an era of reappraisals.” In your own words, what is being reappraised and why?

2. What examples does Ms. Bennett provide for her assertion that young female celebrities were covered in an unfair way in the 1990s and early 2000s?

3. What common themes can you identify throughout the coverage of the celebrities Ms. Bennett names? How do you think these themes affected how these women were perceived by the public?

4. Who makes up the celebrity media machine that Ms. Bennett describes as generating unfair coverage of young female celebrities? What incentives existed for them to produce coverage of this kind?

6. How have you seen factors like gender, race, age and sexuality shape the way people in the public eye are perceived and treated? What about the intersections of these identities? How do media and social media reinforce or frame certain perceptions?

7. Do you think that media coverage of women has improved since that earlier time? What does Ms. Bennett argue? Do you agree? Can you think of recent examples that support your conclusion?

Choose a female celebrity, athlete or other public figure who is interesting or meaningful to you for any reason — whether Billie Eilish, Beyoncé, Billie Jean King or anyone else. While Ms. Bennett’s article focuses primarily on how women were covered during a specific time period, you can choose a woman from any era.

Then, in light of what you’ve just read, analyze how that person has been portrayed in the media by choosing at least two sources. You can examine two news articles from different sources in the same time period, or you can compare how the woman you chose was covered at different points in history. Your sources might include The New York Times or other general-interest news outlets, or magazines or websites specifically devoted to covering celebrities — or both.

Read the below questions for evaluating bias in news coverage, which are adapted from Learning for Justice and Fairness & Accuracy in Reporting, and the examples we provide of how Ms. Bennett uses each media literacy strategy in her piece. Then read and annotate the articles you chose with the questions in mind.

Then, reflect: Do you think that the pieces you read fairly depicted their subject? Why or why not?

On your own, or as part of a class assignment, you might then broaden this study by doing one or more of the following:

People Who Changed Their Lives Are Focus of New Times Series