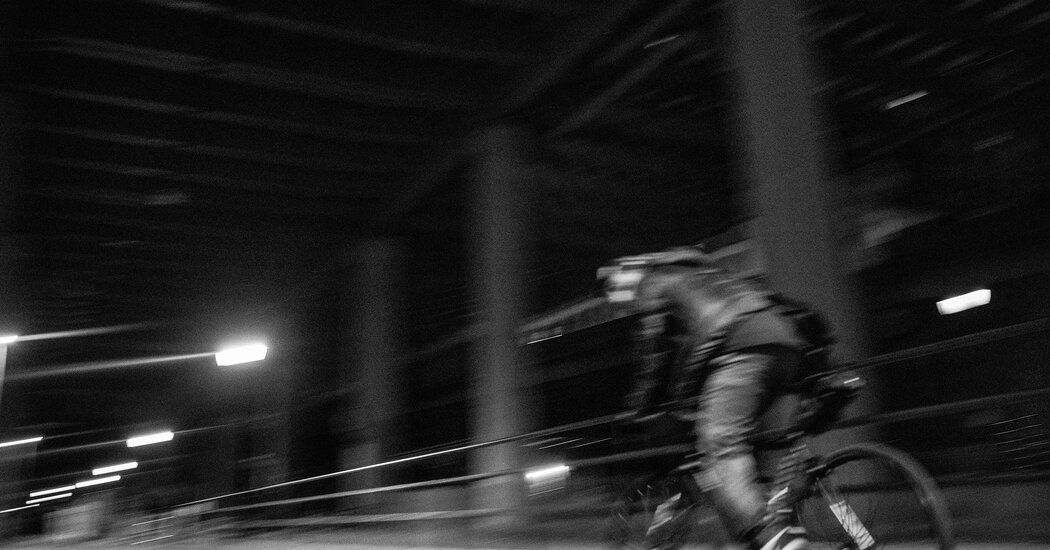 In the weekly Times Magazine, you can find a column called Letter of Recommendation, in which writers celebrate things they believe to be “overlooked and underappreciated,” whether squirrels, dollhouses, head wraps, Garfield, eavesdropping, memewear, floating, Arby’s, semicolons, Duolingo, chips or gum.

If you were invited to contribute to this column, what would you write about? Nothing is too small — it just needs to be a thing you’re enthusiastic about that you would like to share with others. Think about something that makes you happy and why, and that you feel connects with who you are.

For instance, in the latest edition of the Magazine, Daniel Peña writes about “The Joys of Biking at Night.” Here is how he begins:

“I’m going for a ride,” I told my wife one night in early November, as a second Covid wave was sweeping through Berlin. We were living in a basement apartment on Solmstrasse in Kreuzberg, a former punk neighborhood turned hipster haven. We had come to Germany on account of her mother’s surgery. Mortality was on everyone’s mind, and we seldom left the apartment. Still, my friend suggested I get a bike with two locks. “Bikes are like gold now,” he said. Soon mass-transit rides could be superspreading events. I’d need a way to move around.

As I was heading out, my wife threw me a scarf and a skullcap to wear beneath my helmet. No one wears a helmet in Berlin, but I did even if the roads were mostly empty. The spätkaufs — late-night convenience stores with cheap beer and welcoming benches — had long been shuttered by government order, along with bars and clubs. A rare blanket of silence fell over everything. After midnight, I had the city mostly to myself. Just me and the odd taxi driver cruising the streets.

The joys of the night ride were the joys of feeling present in my body again, orienting myself amid the disorientation of pandemic life, which has a tendency to erase the body even as it threatens it, even as it demands of it endless productivity. Pedaling felt like a celebration of kinetic energy, of blood, cartilage and bone. A reminder that my body was still healthy and functioning despite the pandemic, despite the two heart operations I had as a kid to correct my tachycardia, which took me out of sports entirely. I remember the doctor’s orders: no football, no physical education.

They told me I was fragile, and so I became fragile. I was in middle school then. It felt as if my body had been taken away from me. They put me in a combination swing-dance-and-painting-class instead. I did terrible still lifes in low light with Big Bad Voodoo Daddy on a loop. It was the turn of the millennium, and the post-dotcom years in Austin were full of foreclosures and wide streets with few cars. Lance Armstrong was still a legend then. The doctors never said no cycling, and for a brief moment in central Texas, biking became more popular than football, which salvaged my social life. I still believe that the speed, the wind, the blood in your ears on a silent street can do that to a body — manifest it into existence once again.