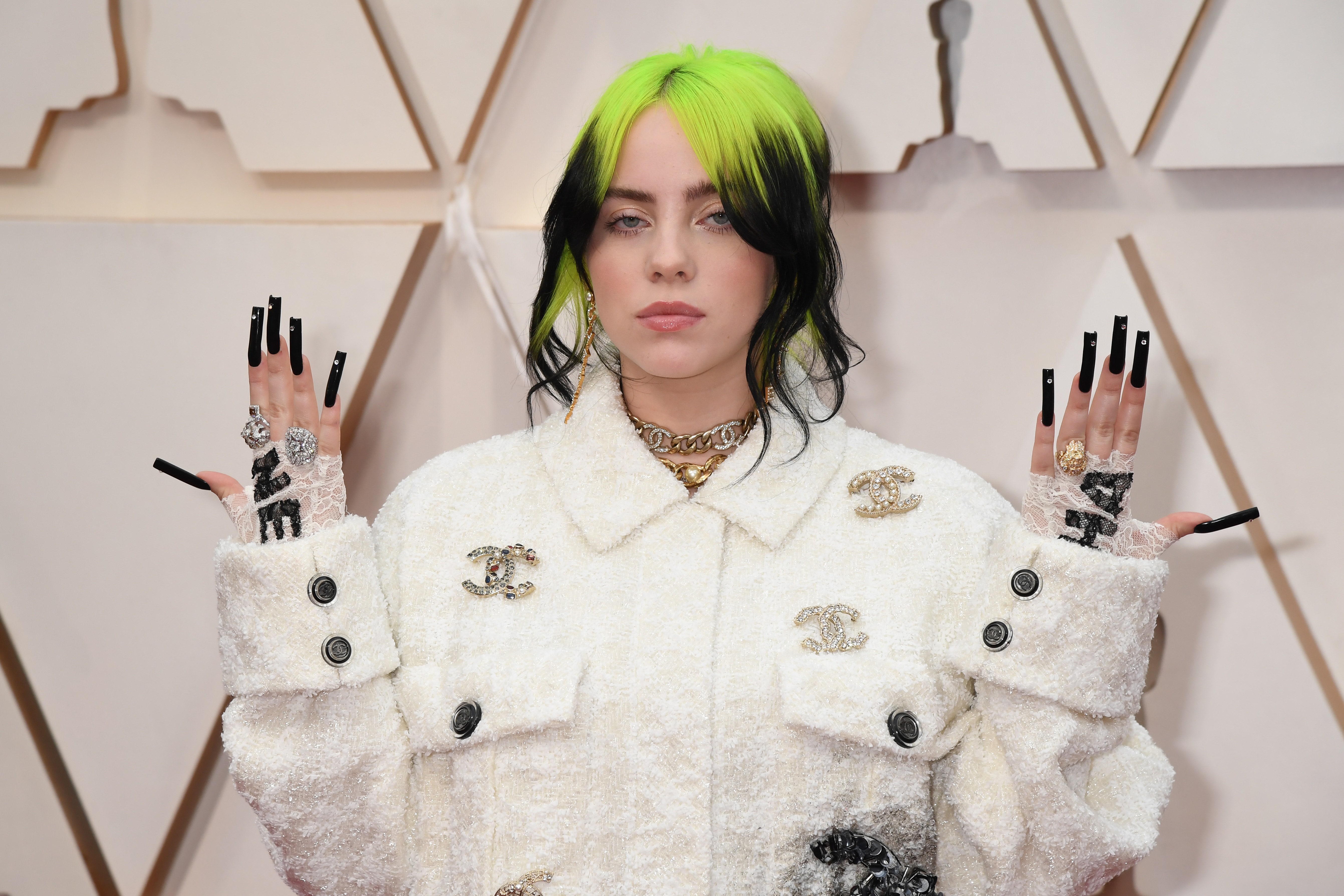 We weren’t quite sure the day would ever come, but it’s finally happened: Billie Eilish said goodbye to her signature black hair with neon-green roots. In fact, the singer made a complete 180-degree hair transformation — she’s now wearing a bright yellow-blonde shade, which she’s paired with a shaggy new haircut and shorter bangs. Eilish revealed the new look to her 77.7 million Instagram followers with a selfie on March 17.

“Pinch me,” Eilish captioned the post, pointing out the irony that she ditched her green hair on St. Patrick’s Day, of all days. Clearly, her fans are into the new look because they immediately flooded the post with more than 100,000 and counting comments, many of which are in all capital text and feature plenty of heart-eyed emojis.

This certainly isn’t the first time Eilish has made a drastic hair change like this. Before those acid-green roots became her thing, she played around with her hair color quite a bit. Soft brown, white-blonde, turquoise, dark blue, and silver are just a few of the hair shades the singer has adopted in the past couple of years. Still, this dandelion-like hue is one we’ve never seen on Eilish — we have to wonder if it’s just a base for another fun, more vibrant color.

Only time will tell if Eilish is planning any more major hair experiments, but this unexpected blonde look is so pretty on its own, we’re kind of hoping she enjoys it for a while before her next switch-up.

Now, see what it’s like to bleach your hair for the first time:

Yes, You Should Be Draping Your Blush This Summer