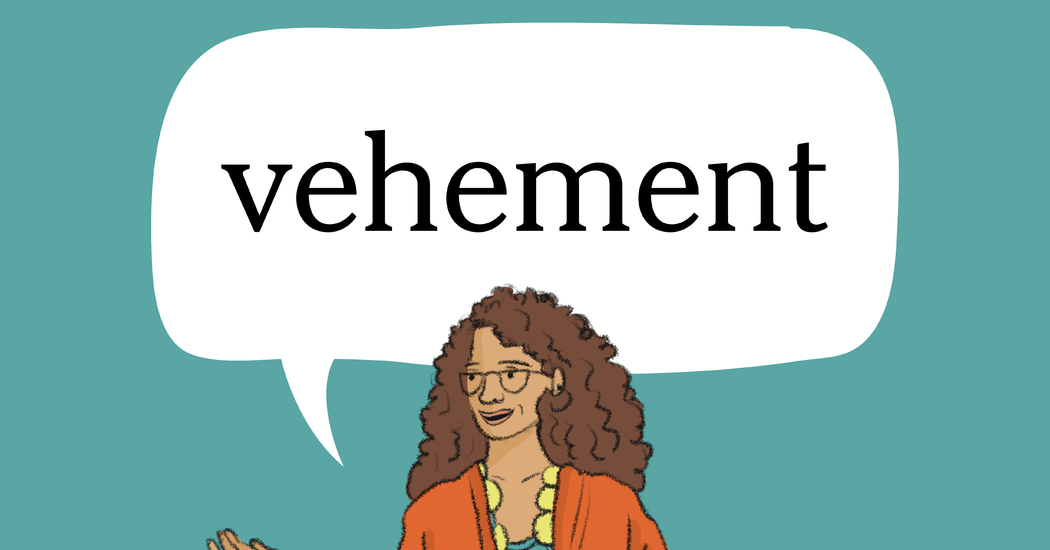 2. characterized by great force or energy

The word vehement has appeared in 60 articles on NYTimes.com in the past year, including on Aug. 5 in “Burna Boy Has the Whole World Listening” by Jon Pareles:

On the album’s most vehement song, Burna Boy, with Chris Martin of Coldplay arriving on choruses, turns to stark, echoey roots reggae in “The Monsters You Made,” an indictment of miseducation, historical injustice and systemic racism, delivered in clear English with mounting fury. “When they’ve been working like slaves/To get some minimum wage,” he sings, “You turn around and you blame/Them for their anger and rage.”

It’s the rare Burna Boy song where he lets coolness fall away. “That song comes from a lot of anger and pain, and me having to witness firsthand what my people go through and how my people see themselves,” he said. “I see how many people are deceived and confused. I just try to blend all of that in and make it understood that we’re all going through the same problems. We just speak different languages.”

Can you correctly use the word vehement in a sentence?

If you want a better idea of how vehement can be used in a sentence, read these usage examples on Vocabulary.com.