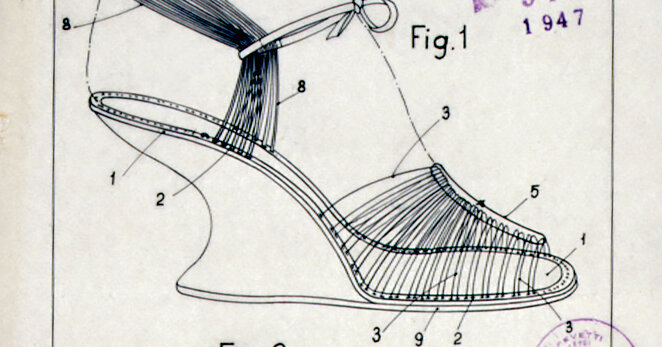 Salvatore Ferragamo made his first pair of shoes when he was 9 years old: When his family couldn’t afford to buy white Mary Janes for his sister’s first communion, he borrowed nails, thread and canvas from a local cobbler and stayed up all night making her a pair. By age 12, he was running his own shoe shop in Bonito, a small village east of Naples. About five years later, in 1915, he emigrated to the United States and soon began designing footwear for Hollywood film studios and the director Cecil B. DeMille. Eventually, he counted Mary Pickford, Greta Garbo, Douglas Fairbanks and Rudolph Valentino among his clients.

By the ’30s, back in Italy, Ferragamo had become not just a designer to the stars but an innovator: He invented the steel shank (an insert that supports the foot’s arch); patented the first wedge heel, which he carved out of Sardinian cork; and came up with designs for uppers made of everything from cellophane and felt to hemp and fish skin when leather was in short supply during the war. But arguably his most famous creation arrived in 1947, when Ferragamo presented the shoe that became known as the Invisible Sandal. Set on the F-heel, an undulating three-inch-high wooden wedge inspired by the stern of an ocean liner, the upper was made entirely out of transparent nylon fishing line.

Today, the brand’s creative director, Paul Andrew, has resurrected the iconic design for his spring 2021 collection in hues inspired by the Technicolor palette of Alfred Hitchcock’s films (he binged on the director’s oeuvre during last spring’s lockdown). This time, Andrew dropped the sandal’s signature backstrap and wrapped the F-heel shape in nappa leather rather than clear plastic, creating a softer, more feminine mule in a pale buttercup yellow, a pistachio green and a pearlescent-beaded black. “It’s such an important shape for the house and was just mind-boggling in the ’40s when Salvatore introduced it,” says Andrew. “And it still makes a woman look as though she’s walking on air.”