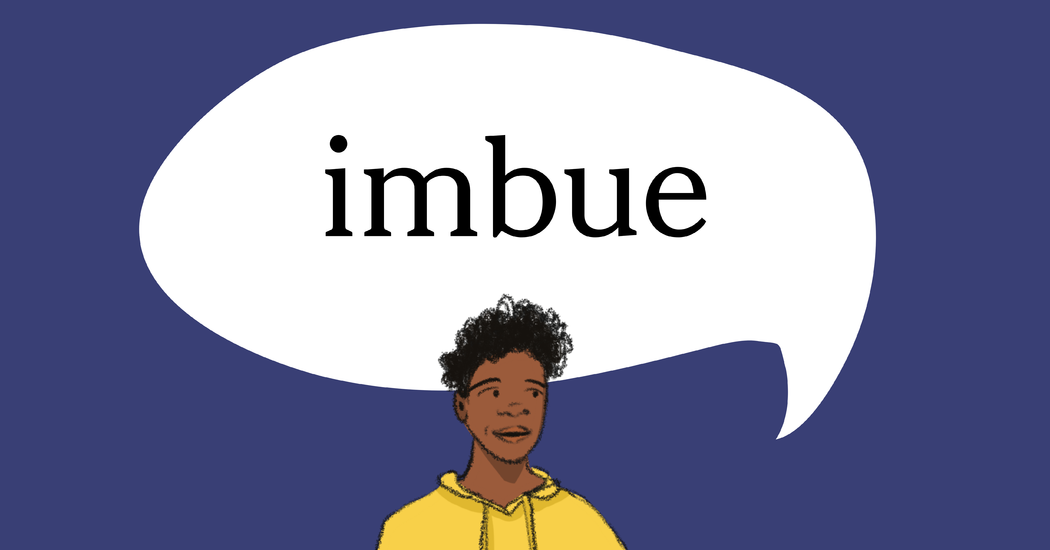 1. spread or diffuse through

The word imbue has appeared in 38 articles on NYTimes.com in the past year, including on Dec. 30 in “She’s Starring Opposite Tom Hanks. She’d Never Heard of Him” by Thomas Rogers:

In “News of the World,” Zengel’s character, Johanna Leonberger, is left orphaned after her German parents are violently murdered on their farm when she is four. Taken in and raised by the Kiowa tribe, she is later removed by soldiers, and a traveling veteran, played by Hanks, agrees to bring her to a surviving aunt and uncle.

Zengel has received strong reviews for her performance, with critics praising her ability to imbue her defiant and alienated character with a sense of warmth and intelligence, and for channeling the emotional horrors of Johanna’s back story in near silence. Most of her lines are in Kiowa, a language she had to learn for the part.

Can you correctly use the word imbue in a sentence?

If you want a better idea of how imbue can be used in a sentence, read these usage examples on Vocabulary.com.