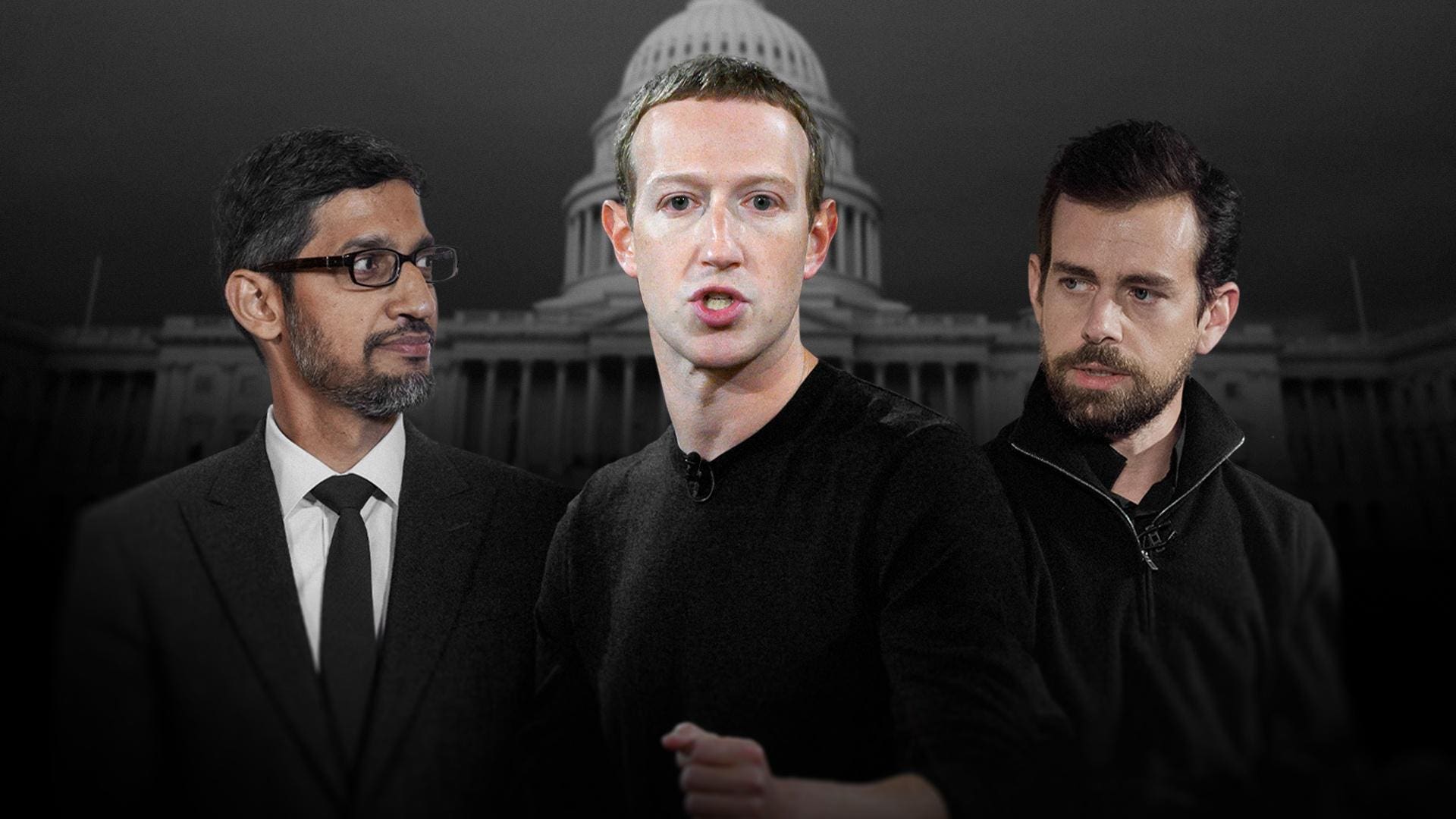 After the mob swept through the U.S. Capitol on Jan. 6, congressional Democrats seemed poised to seize the moment and push through a set of long-sought reforms with bipartisan support: alterations to Section 230, the bedrock federal legislation that shields tech companies from liability for what’s posted on their sites and undergirds much of the online economy. The riot had been born, planned and fed by the internet—President Trump himself contributing to the online melee—and lawmakers saw an opportunity to finally hold platforms more accountable for what’s said on social media.

But momentum on Section 230 has ebbed in the new Congress, even as three major tech CEOs—Mark Zuckerberg, Jack Dorsey and Sundar Pichai—are scheduled to testify Thursday before a House subcommittee taking a look at the issue. In fact, it’s unclear whether anything will be done about it until after the midterm elections, say both Democratic and Republican leaders who have been champions of Section 230 reform, despite the existence of several legislative proposals for change.

“Right now, there’s not a bill out there I could support,” says Ron Wyden, a Democrat from Oregon who co-wrote Section 230 a quarter century ago and has advocated for modifying it. Across the aisle, frequent social media critic Sen. Josh Hawley throws up his hands at the concept. During the current Congress, “there won’t be anything meaningful” done with Section 230, the Missouri Republican says.

When Wyden helped get Section 230 passed in 1996, it established an important principle that would allow web companies to flourish: They wouldn’t be held liable for what’s posted on their sites, a particularly important protection for companies reliant on user content like Dorsey’s Twitter, Zuckerberg’s Facebook and Pichai’s Alphabet, the parent company of Google and YouTube. It’s allowed them to grow into multi-multi-billion-dollar businesses—and in the cases of Facebook and Alphabet, two of the largest in the world, which together are worth a collective $2.1 trillion. But there’s been a growing movement over the past few years to alter Section 230—or possibly repeal it entirely.

Democrats such as Sen. Richard Blumenthal have promoted the idea of modifying Section 230 to place more burden on the companies to self-regulate and take down offensive or harmful content. Republicans have postulated regulatory change as well, for an entirely different reason. They think platforms like Facebook and Twitter already over-filter content, unfairly weeding out conservative voices.

“While there are legitimate concerns with social media and how it intersects with democracy, I don’t think a single voter is going to the polls with this single issue in mind.”

Nearly a dozen bills have been introduced over the past two years aimed at adjusting the legislation. President Trump personally took up the mission, most noisily at the end of his term when he vetoed a bill containing the $740 billion defense budget partly because it didn’t include the Section 230 repeal he requested. (Congress overrode the president, prompting, ironically, one of his final tweets: “Our Republican Senate just missed the opportunity to get rid of Section 230, which gives unlimited power to Big Tech companies. Pathetic!!!”) President Biden, meanwhile, toldThe New York Times in January 2020 the legislation “should be revoked immediately.” He hasn’t had anything else to say on the subject publicly, suggesting his position may be drifting back toward his party’s less strident stance. (A White House spokesperson didn’t respond to a request for comment.)

As political pressure has mounted, tech companies have increasingly conceded the need to better regulate themselves. Social media has also found itself in Congress’ crosshairs—placed there during hearings like Thursday’s before the House energy and commerce subcommittee on communications and technology—forcing Zuckerberg and Dorsey to move away from initial reluctance to police their sites. “A decade ago, social media was nascent. As more people joined, the conversations became more robust and the importance of social media—and the scrutiny of it—became far greater,” says Colin Crollin, Twitter’s former public policy chief. In the past year, Facebook and Twitter have added fact-check labels and hubs of well-vetted information around important topics like voting and Covid-19 and, most notably, expelled Trump after his comments on their platforms helped incite the Jan. 6 violence. Zuckerberg and Dorsey now seem resigned to their fate and have signaled an increasing acceptance of the inevitability of reform during past congressional testimony and other public statements.

Despite the hearing, Washington appears to be stalled out on the issue. Unsurprisingly, Republicans place the blame on their liberal counterparts, complaining that Democrats won’t join forces to fight and risk cozy relationships with the technorati. “I don’t expect Congressional Democrats to be willing to stand up to Big Tech,” says Sen. Ted Cruz, of Texas, who has made monologues on this subject a staple. Just as unsurprisingly, Democrats say much the same about Republican peers, characterizing them as unwilling to work productively on the matter. “There’s not a lot of good faith,” says Brian Schatz, the Democratic Senator from Hawaii who, along with Sen. John Thune (R-S.C.), has authored the PACT Act, which would give the government more legal tools to regulate social media companies and require platforms to make their content moderation practices more accessible to users.

But there’s more going on here than typical partisan bickering. Most fundamentally, changes to internet regulation appear to be nowhere on the top list of priorities for the Biden White House or the Democrat-led Congress. Each has staked out the pandemic and the economy as the most pressing agenda items. And mucking around with federal regulations that affect the fortunes of some of the country’s biggest political donors may not hold the appeal it seemed to even two months ago, as both Democrats and Republicans vie for control in next year’s midterm election of House and Senate chambers the Democrats currently hold by the narrowest of margins.

“Democrats are recovering from four years of Trump, and they have two goals: to heal America and to win races up and down the ballot while retaining control of the House and Senate,” says Cooper Teboe, a Democratic fundraising strategist in Silicon Valley. “While there are legitimate concerns with social media and how it intersects with democracy, I don’t think a single voter is going to the polls with this single issue in mind.”

Even if Congress and Biden had fewer pressing priorities, Democrats and Republicans don’t agree on what the problem is, making it more difficult to find bipartisan consensus. “Many on the political right want platforms to stop taking down so much user content, many on the political left want platforms to take down more user content. And while both of those goals could be promoted by certain changes to Section 230, there is no one change that will serve both of those goals,” says Daphne Keller, a director at Stanford’s Cyber Policy Center.

What could jump-start things again? A stronger Democratic hold on Congress could do it. As could another dramatic moment such as the web-fueled Jan. 6 Capitol insurrection. “High-profile events change the political calculus for laws relating to them,” says Keller. Biden has proved the point this week, renewing calls on Congress to take up anti-gun legislation following a spate of mass shootings. “And for that very reason, there are people with draft laws in their back pockets, sitting around waiting to see if there was an event that will make those laws viable.”