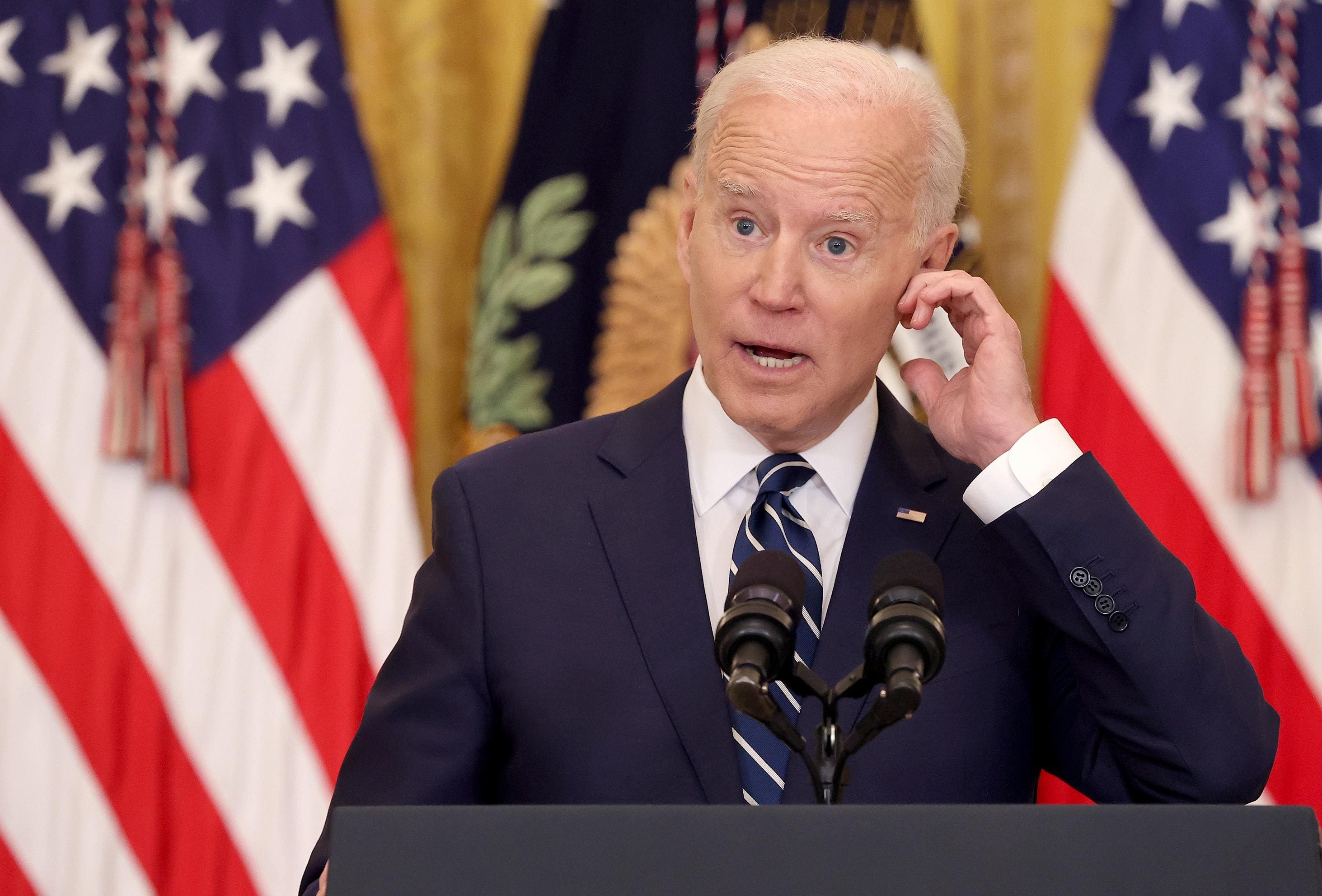 On Thursday afternoon, President Joe Biden held his first solo press conference from the White House, his 64th day since taking office. While the president has taken questions from and even interacted with reporters on past occasions, this was the first press conference. In keeping with tradition, he took his first question from the Associated Press and he answered a range of questions from the state of the novel coronavirus pandemic to climate change to gun control to the situation at the southern border.

President Biden, when asked, also announced that he does plan to run for re-election in 2024, but added that he doesn’t expect to look that far into the future.

The reactions to the press conference began to come in even as President Biden was at the podium, and those reactions were as divided as the nation.

NBC’s Kate Snow (@tvkatesnow) wrote, “Purely as a news event… this is quite a press conference. So many headlines to choose from.”

“Normal, mature, detailed answers so far from President Biden during this press conference. What exactly were they expecting?” noted @mmpadellan.

“Biden press conference so far: he’s doing fine. Rambling a bit, pivoting to key messages but sounding sensible and on top of his brief, and he’s managed 15 minutes without insulting any of the journalists which makes a change from the last guy,” noted political analyst Arieh Kovler (@ariehkovler).

While many saw it as a solid first press conference, just as many were as quick to call out the president, who at times seemed to stumble and loose his train of thought.

“This is not a press conference. This is a scripted reality television show. #bidenpressconference,” wrote conservative pundit Todd Starnes (@toddstarnes).

Conservative strategist Alex Bruesewitz (@alexbruesewitz) offered a blunt assessment of the press conference. He wrote, “Now we all know why Joe Biden hasn’t been doing any press conferences. This is so hard to watch. Back to the basement you go, Joe!”

“Joe Biden is reading from democratic talking points notebook. Notice he is looking down reading from a notebook like a press secretary,” said attorney and author Leo Terrell (@TheLeoTerrell).

Some of the criticism wasn’t even directed at the president but at the media for its coverage of the event.

“The media is treating Joe Biden’s first press conference like it’s the State of the Union or some kind of landmark speech. It’s a press conference. How pathetic,” wrote Benny Johnson (@bennyjohnson) of Newsmax.

Scott Dworkin (@funder) of The Democratic Coalition took a shot across the bow of conservatives, “Republicans are already furious about President Biden’s press conference. They’re just not sure about what yet. But they’re ready to be super mad.”

Many also found humor in the event, and this included Rep. Lauren Boebert (@RepBoebert), who posted, “Biden’s first press conference is today. I’d tell him to ‘break a leg,’ but I’m afraid he’d take it literally.”

Various memes were also posted and made the rounds on Twitter.