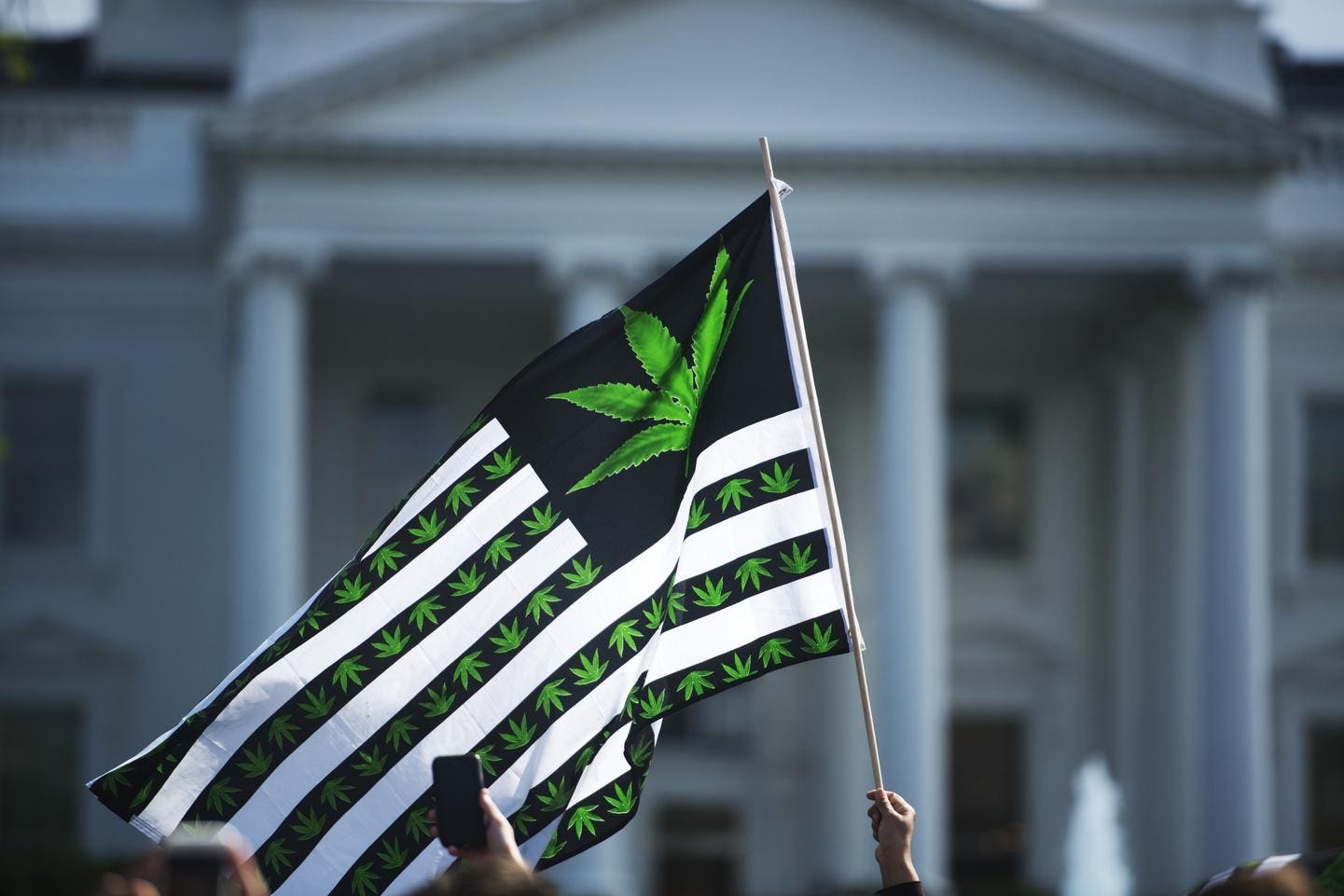 Things went to “pot” on Twitter on Friday morning, after The Daily Beast reported that dozens of “young” White House staffers have been suspended, asked to resign, or placed in a remote work program for past marijuana use. This has even included staffers who may have lived in one of the 14 states where recreational marijuana use is legal – not to mention the fact that cannabis is currently legal in the District of Columbia.

However, marijuana does very much remain illegal on the federal level.

As with many government jobs, applicants were asked to disclose past marijuana use on their background check form, and according to reports the Biden administration told new hires that it would “overlook” those who answered yes. Recently, the White House’s Director of Management and Administration Anne Filipic held one-on-one calls with those staffers who admitted to past use of cannabis and they were told they’d need to resign or be placed in a remote work program.

That move came after the White House officially updated its guidelines that would allow for “limited” use of the drug in the past, but those answering yes have found themselves in a difficult position for their honesty.

White House Press Secretary Jen Psaki responded to the story in a tweet on Friday morning.

“As a result, more people will serve who would not have in the past with the same level of recent drug use.  The bottom line is this: of the hundreds of people hired, only five people who had started working at the White House are no longer employed as a result of this policy.”

The move to fire even five staffers resulted in a firestorm on Twitter. By late Friday morning the hashtag #BidenWhiteHouse began to trend, and many of the most vocal commentary came from those on the left.

“This is the dumbest possible thing, but it’s also exactly the kind of thing the government of an old man who spent decades leading the drug war would do,” suggested Discourse Blog founder Jack Mirkinson (@jackmirkinson).

Political analyst Jeff Greenfield (@greenfield64) also questioned the decision. He tweeted, “In Depth Analysis: The Biden White House’s dismissal of staffers who were honest about their past marijuana use is stupid..really, really stupid. Staffers in past White Houses who would have fallen under this rule should say so in a mass open letter.”

It also didn’t take long for many on social media to mock the decision, and many shared images of marijuana use while other pot-themed memes were posted.

Environmental activist and author John Ludin (@johnlundin) shared an image of him “indulging” a bit while he stated bluntly, “I guess I won’t be working in the Biden White House…”

Then there was the question of what this policy means for Vice President Kamala Harris, who has admitted to smoking cannabis during college. Some users on social media openly mocked the vice president and questioned the policy.

Political commentator Angela Stanton King (@theangiestanton) was even more direct, “Did they fire Kamala Harris? What about Joe Blow Jr.?”

These all seem to be rather valid points, and here is where social media has provided an ability to directly question the policies of the government at the highest level. While it is unlikely Vice President Harris will have a storm to weather, this also serves as yet another reminder that past comments can be so easily shared by the masses and not just the traditional media.