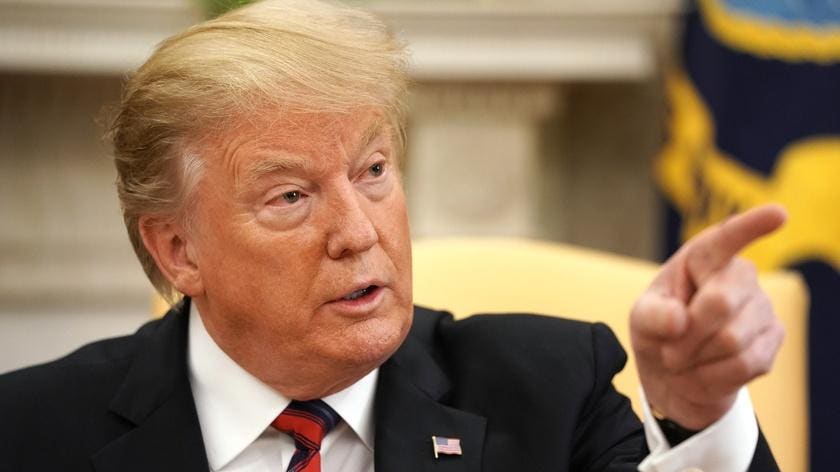 A tweet by former President Donald Trump referring to Covid-19 as the “Chinese Virus” was linked with a rise in anti-Asian content on Twitter, new research has found, as demands across the U.S. grow for urgent action to be taken to address soaring levels of hate crime and violence against Asian Americans during the pandemic that many blame on harmful rhetoric used by politicians.

A March 2020 tweet by then-President Trump that referred to Covid-19 as “the Chinese virus” led anti-Asian hashtags on the platform to rise “precipitously,” according to a new study published by the University of California, San Francisco.

In the days before and after Trump’s tweet, the researchers examined 700,000 tweets containing more than 1.2 million anti-Asian hashtags, which the researchers said are known to be a predictor of hate crimes and the formation of hate groups.

Trump’s March 16 tweet, which has since been removed from the platform, read: “The United States will be powerfully, supporting those industries, like Airlines and others, that are particularly affected by the Chinese Virus. We will be stronger than ever before!”

In users adopting the #chinesevirus hashtag, half did so alongside anti-Asian hashtags, compared with around 20% of those who used #covid19 to refer to the disease.

Yulin Hswen, the study’s lead author, said using racial terms to describe a disease “can  result in the perpetuation” of stigma and that the increase in anti-Asian terms on Twitter following Trump’s tweet “may be a “proxy of growth in anti-Asian sentiment.”

Trump’s rhetoric regarding the coronavirus has come under renewed scrutiny this week in the wake of a series of shootings by a white gunman in Atlanta, Georgia, where six of the eight victims were Asian women. Police officers’ suggestion the shootings may not have been racially motivated were widely denounced and White House Press Secretary Jen Psaki said Trump’s repeated descriptions of coronavirus as the “Chinese virus” and “kung flu” helped foster an environment in which hate crimes against Asian-American have increased.

3,795. That’s the number of anti-Asian hate incidents that were reported across the country between March 2020 and Feb. 2021, according to a report compiled by nonprofit coalition Stop AAPI Hate. The number of hate crimes in 2020 was up by nearly 150% over 2019, making the spike in violence a nationwide issue that had sparked broad concern even before Tuesday’s shootings.

Asian-American Lawmakers Call Out Racist Language: ‘I Am Not a Virus’ (NYT)