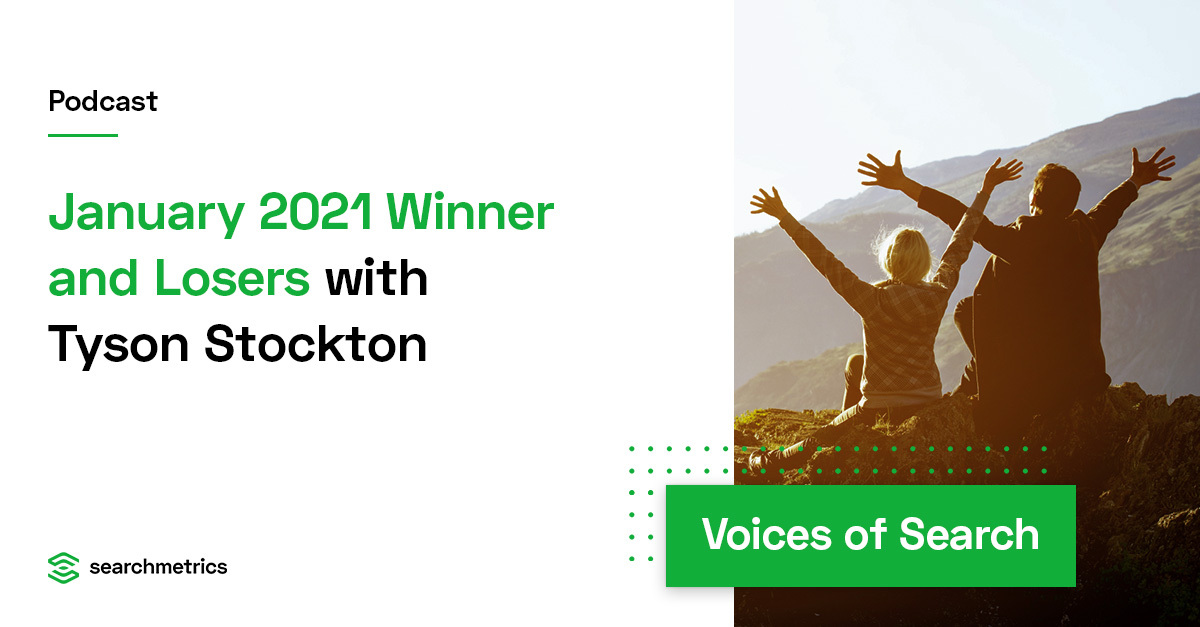 Join host Ben as he speaks with Searchmetrics’ VP of Services Tyson Stockton discussing January 2021’s SEO winners and losers. Together they discuss who’s starting the year strong visibility-wise, who is making big waves, and how Trump getting kicked off of social media impacted rankings.

Stepping into the new year and with the holidays behind us, Tyson reviews the gray spot in e-commerce. Like 2020, many of the top 10 e-commerce players are still at the forefront of dominating their industries. Some of these contenders saw an increase in their rankings due to the December Google Update, while others like Amazon saw a decline. One of the biggest surprises was eBay surpassing Walmart for the second-ranking position for the first time in two years.

Stockton dives into the success of eBay and reviews its performance. Their success can be seen due to their steady growth over the years. They have focused on the basic principles to maintain their rankings and foster consistent dedication to SEO growth.

Companies like Esty and Macy’s took a dive due to the algorithm update in December. They were the losers this month as they could not regain their rankings.