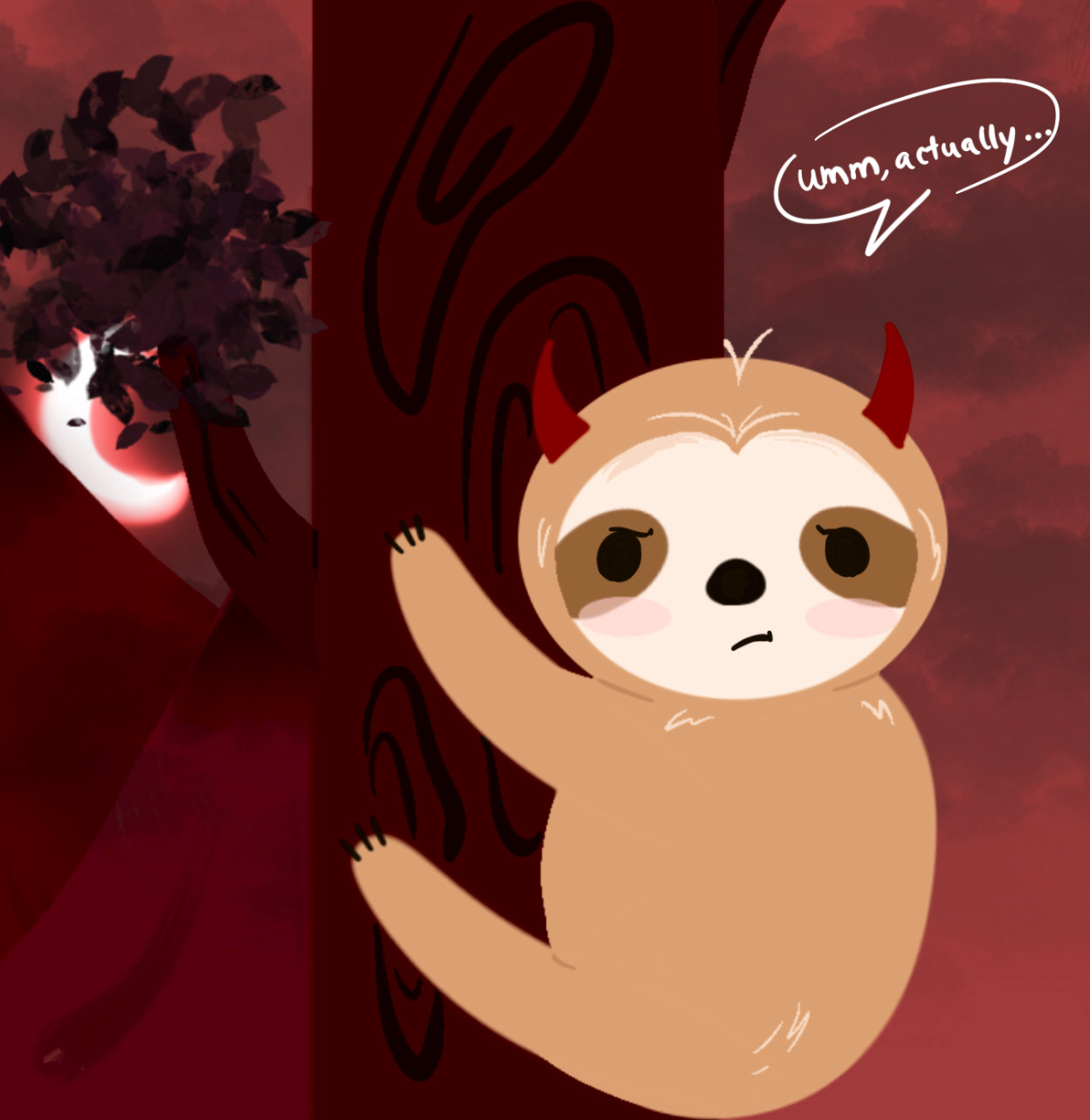 If you are one of the countless people I hear complaining when their peers play devil’s advocate, I completely understand where you are coming from. But as a white, male political science major, it is just part of who I am, and I will not apologize for that. And sometimes, the devil really needs an advocate. If not I, then who? For example, did I hear you talking about the seven deadly sins? I totally get why you think they are bad, but let me walk you through each of them so I can tell you why I think you are thoroughly wrong.

Pride? Like Pride month? Right away, I see that we are starting off with some homophobia. Let me make sure I understand your point. You think that annual parades full of rainbow-clad performers, wigs and glitter are manifestations of a deadly sin? Celebrating love is a deadly sin? The concept of Cher is a deadly sin? Wow, and I thought Lewis & Clark students were supposed to be open and accepting of others. Sorry Diana Ross fans, but apparently there will be no “coming out” at this school without serious social repercussions.

Hypothetically, if there were two bags in front of you, and one of them contained $1 million while the other contained $2 million, which would you choose? Oh, you said you would pick the bag with $2 million? Congratulations, you are greedy and therefore sinful by your own definition. It seems I have found a flaw in your argument that I will continue to bring up every time I speak to you or about you for the rest of the semester. Additionally, if you believe my own argument is flawed, you are wrong and I refuse to listen to anything you have to say ever again.

What is a great sexual relationship if not lust persevering? If you genuinely believe that lust is a deadly sin, then you must be quite prudish and boring. You know, Marilyn Monroe once had an almost-great quote related to this. She said, “Sex is a part of nature. I go along with nature.” Piggybacking off of that, I just really think that sex is a natural part of life, and we should not try to go against that. This might sound radical, but I would even go as far as saying that we should go along with nature. If you agree with me, make sure you credit me with that idea whenever you tell other people about it.

Have you heard of the phrase “green with envy”? If you have not, do not be concerned, you probably just have not read as many books as I have. Anyway, it is a common saying, and yet you find that envy is a deadly sin. By extension, you must believe that being green is sinful. Looking past the obvious hatred you appear to hold toward people like Kermit the Frog, Mike Wazowski and the Geico gecko, the logical conclusion of your argument is that “being green” to protect the environment is a sin. I hope you do not recycle anything, or else I will apparently be seeing you in hell.

Oh dear, it looks like you made a vital mistake. Knowing LC students, I think what you meant to say is that “gluten” is the fifth deadly sin. I really do not understand why everyone is so up in arms about gluten these days. If it was good enough for your great-great-grandparents, why can you not eat it? Your doctor said that if you eat gluten it will cause severe harm to your body? Whatever happened to being independent and not listening to “the man”? Is that not what you young socialists talk about all the time? My advice for you is to pull yourself up by your bootstraps and eat some bread.

Ah, I knew this debate would eventually lead us to cancel culture. Your labeling of wrath as a deadly sin is nothing but a thinly veiled attempt to cancel beloved American John Steinbeck, the acclaimed author of “The Grapes of Wrath.”  First, you came for Dr. Seuss, now you come for Steinbeck. Who is next on the chopping block? Walt Disney? Vim Vievel? My ex-boyfriend? Nice try, woke police, but you will have to try better next time to convince me to hold people accountable for their words and actions!

Finally, we turn to the most problematic deadly sin of all: sloth. What I hear you saying is that sloths, by nature, are sinful. I just cannot take seriously anybody who looks at such a cute, lethargic and peaceful creature and says it deserves to burn in hell until the end of time. At this rate, nobody is safe from eternal damnation. If enough people do not step up to play devil’s advocate, society might decide that the eighth deadly sin is wearing Birkenstocks in the rain or having nature-related bumper stickers on a Subaru, in which case a lot of you will be joining Cher, bread-eaters and the sloths in their fiery fate.

One lane of I-16W near GEICO reopens after truck fire