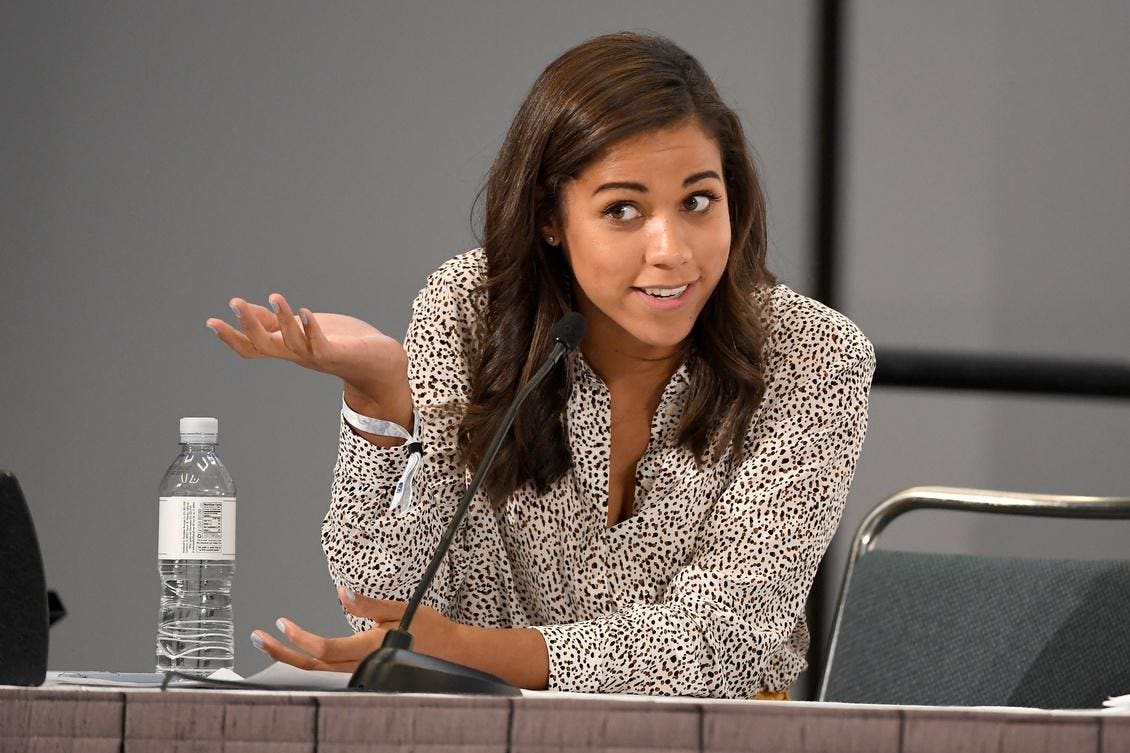 Alexi McCammond has parted ways with the Condé-Nast-owned Teen Vogue before she even assumed the position of editor-in-chief for comments she posted on social media a decade ago. While the comments had resurfaced in 2019, and Ms. McCammond had previously apologized for making them, and acknowledged the error of her ways at the time.

However, after she was hired by Condé-Nast, more than 20 staffers objected. The Daily Beast had reported that McCammand had sought to meet one-on-one with concerned staffers earlier this month, yet it seemed she was unable to change opinions. As a result just two weeks after being appointed the new editor-in-chief she stepped down.

There were many who felt Ms. McCammond shouldn’t have been hired and openly called for her firing for the comments she posted on social media as a teenager. A Change.org petition was started and it had more than 1,640 signatures as of Thursday afternoon.

“A series of racist and homophobic statements on social media, scattered from 2011 and 2012, was brought to our attention. During the time of those statements, McCammond was attending the University of Chicago as a Sociology and Spanish major,” the petition noted.

Skeletons in the Closet

Across social media many questioned whether past comments, made a decade earlier, could and even should come back and haunt anyone.

“Who among us is willing to have the remainder of our life judged on stupid things we said as a teenager? This is absurd on many counts,” posted writer Dave Marler (@marlermedia).

Reason editor Robby Soave (@robbysoave) warned, “Cancel culture is real. It is poisonous. And Alexi McCammond is the latest victim of it.”

“The story about Alexi McCammond made me think of this series of tweet — which I believe is worthy of consideration. Accountability is important — essential, even — but where do we go from there? Are we meant to carry idiotic comments as a teen for the rest of our lives?,” pondered @Brant_Croucher.

Tall Hall contributor and author Stephen Smoot (@S_A_Smoot) tweeted, “The Alexi McCammond story illustrates exactly what is wrong with ‘Woke.’ ‘Woke’ always lives in the present and judges the past by whatever the whim is today. There is no room for context, no room for personal growth & learning. Purism taken to the nth degree is wretchedly unfair”

Is it Cancel Culture?

Some have labeled this the latest example of “cancel culture,” but is that apt given that much of what McCammond posted was still insensitive at the time.

“This is really an example of our sensitivities being at an all time high,” explained technology futurist and brand strategist Scott Steinberg.

“People are not only concerned with their image online, but the impact others may have on their image/band,” said Steinberg. “The challenge with social media is that people change over time, yet what you may have posted is a snapshot captured at that moment in time. It is difficult for others to see that you may have evolved when those old tweets or other posts resurface.”

It is clear that what McCammond may have posted was insensitive, and today few would make such comments.

“If you wouldn’t feel comfortable saying it in front of your grandmother, don’t say it online,” said Steinberg. “But what we see here is that comments made years ago can be brought to the forefront of the conversation.”

In this case, supporters of McCammond are arguing that the rules have changed, and that she shouldn’t be held accountable for actions made as a youth. However, her would-be employees thought otherwise.

“The ‘rules’ were always there,” explained Steinberg. “What has changed is that people are simply more easily held accountable. Was it wise to make those comments? Absolutely not, but the trouble is that social media moves at the speed of tweets and there is no opportunity now to apologize for something said in the past.”

In this case, McCammond has actually apologized and even acknowledged but her critics have seen this as too little, too late. And such opinions are unlikely to be changed. Careers have been, and will continue to be, destroyed by comments made years ago. And even as someone has grown and changed, the challenge will be to highlight that growth and evolution when past incendiary comments resurface.

“McCammond’s story is an example of how the Internet never forgets and personal posts can become weapons of professional destruction years after they appear,” warned technology analyst Charles King of Pund-IT.

“While her tweets derogating Asians and gays were clearly offensive, McCammond also wrote them in her teens, hardly the age when people are at their most sensible or sensitive,” King added. “It’s also worth noting that McCammond publicly acknowledged and apologized for her mistakes, actions which her employer deemed appropriate and acceptable.

“But being caught between the hard place of past actions and the rock of ongoing anti-Asian threats and violence made McCammond’s employment at Teen Vogue difficult, at best,” King added. “The decisions by Ulta and Burt’s Bees to stop advertising in the magazine in protest and this week’s horrific murders in Atlanta made it impossible for her to stay.”

So is this cancel culture?

“I don’t believe so,” King noted. “More like what happens when someone suffers a significant injury for what originally seemed to be a trivial act.”

The issue then is what should anyone do when they find themselves in a similar situation? What do you do if you know you posted something regrettable?

“I don’t know if there is a good answer,” admitted Steinberg. “You do everything in your power to make it right. What do you not do is downplay or sweep it under the rug. If people believe you are sincere you may get a second chance. The best policy is to be open and come clean and hope for forgiveness.”

If that forgiveness is even possible.

“The Internet has completely turned around the old saying, ‘Forgive and forget,'” warned King. “By ‘never forgetting’ the Internet seems to have created a mechanism for rejecting forgiveness. That’s a bad road to head down.”