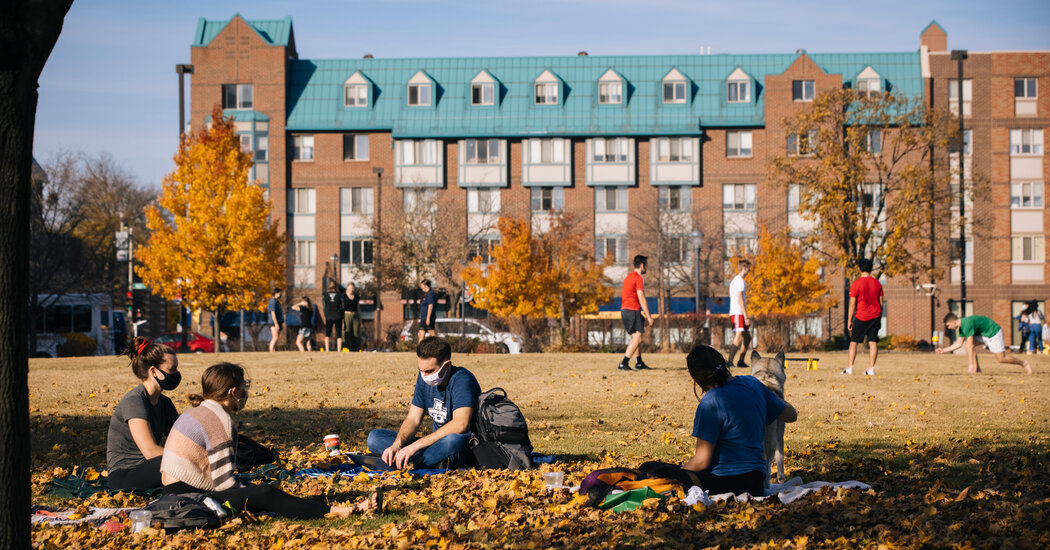 President Biden’s call to forgive $10,000 in student debt per borrower has reinvigorated a debate over the $1.7 trillion that Americans owe for student loans.

Do you believe that canceling some or all student debt is a matter of economic and racial justice? Or would it be unfair to those who have already paid off their loans, not to mention those who did not attend college at all?

In “Should Biden Cancel Student Debt?,” Spencer Bokat-Lindell examines arguments for and against canceling student debt:

Whenever I think about student loan debt, one of the first things I think about — besides my own — is a 2018 essay by my colleague M.H. Miller. As one of the 45 million Americans who collectively owe $1.71 trillion for student loans, Mr. Miller wrote about what it is like to have debt — more than $100,000 worth in his case — become the organizing principle of your life, to be incapacitated by it, suspended, at age 30, “in a state of perpetual childishness.”

A lot has changed since Mr. Miller wrote that essay. For one thing, the national student debt increased by a couple of hundred billion dollars. But the most striking difference is how quickly calls for the president to cancel that debt, a vast majority of which the federal government owns, have migrated from the margins to the center of the national policy debate, from a radical demand chanted by activists to a proposal championed by the top Democrat in the Senate.

The economic injustice argument frames education as an investment that has increasingly become faulty or even fraudulent: Generations of Americans were told that a higher degree was the path to financial security and upward mobility. In recent decades, however, as administrative expenses ballooned and public education budgets were slashed, schools shifted their rising costs to students, causing tuition to skyrocket. Still, people held on to the promise that the investment would eventually break even — after all, the federal government was lending them the money to pay for it.

… The enlightened society argument frames higher education as a public good, much as it’s treated in other wealthy countries and as K-12 education is already treated in the United States: It should be free or cheap for all, financed by taxes that can be raised on the rich, and no one should have to go into debt to get it.

Skeptics of all these plans argue that there are better ways for the government to spend its money. First, debt cancellation of any kind is arguably unfair to borrowers who have already paid off their loans, raising the question of whether they would be owed reparations.

Second, mass cancellation “boosts the balance sheets of people who attended college while doing nothing for people who did not attend college, even though the latter is, on average, worse off in many respects,” as Mr. Bruenig writes. “If the government is going to sprinkle $1+ trillion of net worth onto household balance sheets, should it really do so in a way that leaves out those without college educations?”

In the Opinion essay “What Canceling Student Debt Would Do for the Racial Wealth Gap,” Naomi Zewde and Darrick Hamilton situate the debate about student debt cancellation within the history of discriminatory policies affecting Black Americans:

The 20th-century government programs that built and supported the white middle class were explicitly exclusionary, and that helped create a wealth gap in which the median white household has eight times the assets of the median Black family. Less wealth means that Black students, particularly Black women, take on more debt when they attempt to go to school.

The problem is compounded by employment and wage discrimination. Black families earn just 80 percent of what white families with the same education level do, and Black women earn just 63 cents on every dollar paid to white men with the same degree. So Black people need to obtain more credentials to obtain incomes equal to white people’s, and additional education costs them more because of the extra debt and accruing interest that lead many to struggle with repayment.

… But a full cancellation would provide the best outcome of all, and would protect young Black people who sought to use education as a tool for social mobility rather than punish them for pursuing the very credentials they need just to obtain the income of less-educated white people. Because Black graduates have more debt than their classmates, a full cancellation would even the playing field instead of leaving more Black graduates mired in the educational debt trap.

Students, read the first article, then tell us: