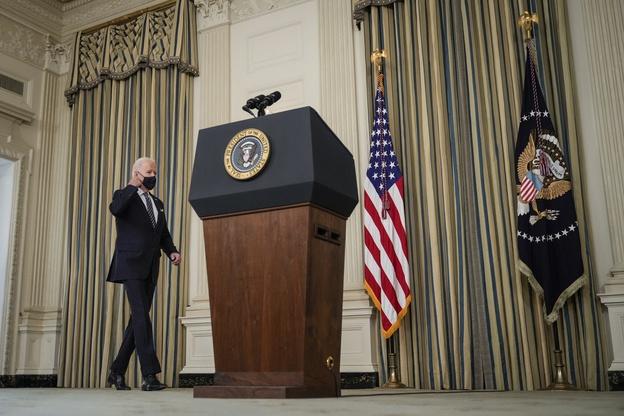 In his first 55 days in office, President Joe Biden has yet to hold his first joint address to Congress and he hasn’t held a single solo news or press conference. That is far longer than his 15 most recent predecessors going back 100 years.

President Biden has answered questions while boarding presidential aircraft and he even took some questions after making public statements, yet he hasn’t faced reporters alone in the more formal extended presser. Many in the press have been quite fixated on that number – some in the conservative media have even suggested Biden is afraid to answer questions.

On Tuesday afternoon, it was announced that the first press conference would be held on March 25.

However, it was on social media where the lack of press conferences to date has been noticed and as with many other issues highlights the great divide.

Political pundit David Frum (@davidfrum) was among those who didn’t see a problem with the lack of pressers and actually praised Biden, “I strongly approve of this Biden press conference reticence, and for 4 reasons, thread if you’re interested”

Among the reasons Frum noted, “By keeping a low profile, Biden is de-escalating and de-polarizing politics – a smart move, especially at a time when the supreme national priority is to get everyone of all points of view vaccinated as fast as possible.”

Former communications director to Sen. Harry Reid (D-Nevada) Zac Petkanas (@Zac_Petkanas) mocked the media and those who seemed upset that there hasn’t been a press conference to date.

Author Greg Olear (@gregolear) called out the media directly, “The only good thing about various Beltway journos making mountains of the molehill of Biden’s lack of press conference availability is that it makes it really easy to spot the bad actors.”

However, others called out the Biden administration for its failure to hold a single press conference after more than 50 days in office.

“The lack of transparency from President Biden is unacceptable. Unlike his predecessors, he hasn’t scheduled a joint address to Congress or a press conference. Why?” noted former White House press secretary Kayleigh McEnany (@kayleighmcenany), who now is employed at Fox News.

Author Candace Owens (@RealCandaceO) was among those who suggested there could be a more nefarious reason that President Biden has avoided holding a press conference. She tweeted, “It’s been 48 days and Joe Biden still has not given a press conference. The President of the United States is in severe cognitive decline and the entire world knows it.  They used Covid as an excuse to hide his impaired condition during the campaign. They all knew.”

Some even mocked the fact that this is being reported. Among those was Vox reporter Aaron Rupar (@atrupar) who posted an image purported to be from Fox News, “Move over, Watergate. This is the biggest political scandal of all time.”

A number of users also felt that this is completely a non-issue, and the refrain was similar.

MSNBC’s Sam Stein (@samstein) may have also the issue most directly, “Simply saying Joe Biden should do a press conference is not a value judgment on how important the absence of a press conference is as a story. It goes back to the problem with Twitter. There is no way to convey proportionality or importance. Every tweet carries the same value.”