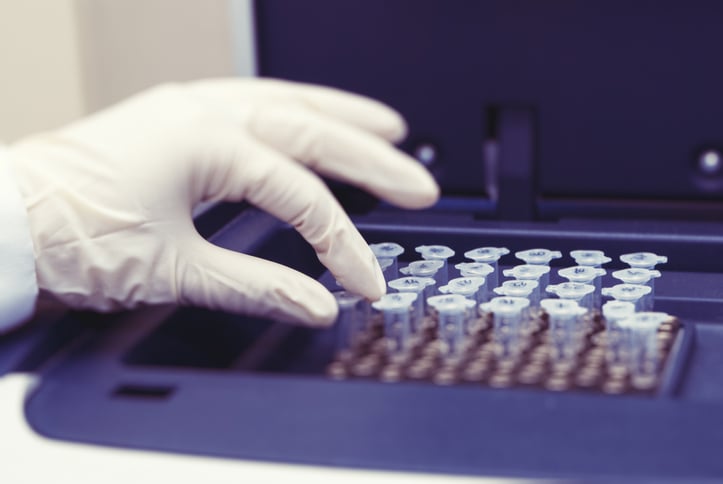 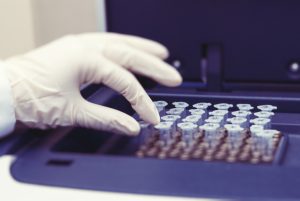 At-home DNA testing kits, like 23andMe and AncestryDNA.com, have uncovered an unnerving number of doctors who, unknown to their patients, substituted their own sperm for the promised donor sperm or spouse’s sperm. Many of the doctors who have been caught are deceased or retired. Some have been close enough to retirement that they immediately retired once their inappropriate conduct was discovered. But there’s one guy who refuses to accept the gravity of his actions: Dr. Kim McMorries of Nacogdoches, Texas.

McMorries has, shockingly, continued to practice medicine — in obstetrics, gynecology, and infertility, no less — since the news broke several years ago about his insemination activities with a number of his patients. One of the resulting offspring, Eve Wiley, tells the made-for-TV-movie story of discovering that she was donor-conceived as a teenager. Her mother helped her contact the sperm bank from which Wiley’s parents chose Donor 106, and Wiley and the donor met and established a father-daughter relationship over the next 13 years. Only when one of Wiley’s own children had medical issues did she DNA test herself for more information. That’s when she found out that her mother’s doctor, McMorries, had not, in fact, used the sperm of Donor 106, as Wiley’s parents’ requested, but instead used his own sperm.

The Law Has Failed Us

Wiley — and quite frankly, every sane person who has heard about this story — has been shocked to find out that the law did not explicitly prohibit or punish this behavior. Even in other well-known cases of doctor-donors, such as that of Dr. Donald Cline in Indiana (with over 60 offspring from his “donations”), the prosecutors only charged him for “obstruction of justice” after lying to investigators.

Wiley worked with Texas state legislators and other advocates to change the law in Texas to be crystal clear that doctors cannot engage in this activity. No more doctors trying to swap in their own sperm (or other nonexplicitly consented to reproductive material) with patients, even when the arrangement is for “anonymous” donor gametes. The law passed, thankfully. But of course, the law is not retroactive and does not apply to McMorries. He continues to treat patients.

What About The Texas Medical Board?

Ok, so no ex post facto criminal prosecution. But how has the Texas Medical Board permitted McMorries to continue to hold an active license to practice medicine, given his notorious past? Last year, Professor Jody L. Madeira — an expert in fertility fraud, and a force behind doctor-donor legislation throughout the country — filed a complaint with the Texas Medical Board regarding McMorries. Initially, the Texas Medical Board indicated that it would not even investigate McMorries, but then at least reversed course on that.

Still, did McMorries hang up his speculum and retire? No. McMorries responded by suing the Texas Medical Board for opening the investigation!

The Doctor’s Case Against The Medical Board

McMorries’ complaint waxes poetic about changing times and quotes authors and historians to justify the idea that standards were different 30 years ago. But were they, really? I hope we can agree that it was never acceptable for a doctor to inseminate an unknowing patient with his own sperm, instead of like, the actual sperm donor chosen by the patient.

Another tact taken by McMorries in the lengthy brief is to take aim at the Texas Medical Board complainant, Madeira, herself. “[I]f physicians will not be the judge of what a physician should or should not have done, then who will be? Lawyers? Law professors?” OK, now he’s gone too far. McMorries also argue that Madeira can’t credibly opine that his misconduct was actual malpractice since she’s never practiced medicine, and because she’s too young to understand what the ’80s were like.

Statute of Limitations — Texas State Law Vs. Medical Board Rules

Almost six months after the McMorries complaint was filed against the Texas Medical Board, the arguments have boiled down to whether the Texas Medical Board’s rules are consistent with Texas state law. State law provides that “The board may not consider or act on a complaint involving care provided more than seven years before the date on which the complaint is received by the board.” The Texas Medical Board Rules have identical language under section “(a) Standard of Care,” and then provide under section “(b) Other Violations. There is no statute of limitation for the filing of complaints in relation to any other violation including action by another state licensing entity or criminal conduct.”

McMorries argues that section “(b) Other Violations,” which is not subject to the seven-year statute of limitations, is contrary to the Texas Medical Board’s limited and time-bound authority. The board, by contrast, argues that the seven-year limitation was clearly limited to complaints “involving care,” and if the legislature wanted that provision of the law to apply to all complaints against a doctor, it would have said so.

Ultimately, regardless of the statutory construction and the application of the Texas statute of limitations, perhaps the real question is, how does this doctor still have patients? The DNA evidence is undeniable, and his former patients have been clear — they did not consent to their doctor using his own sperm. So if you have a friend in Nacogdoches, Texas, make sure they aren’t seeing Dr. Kim McMorries!

Ellen Trachman is the Managing Attorney of Trachman Law Center, LLC, a Denver-based law firm specializing in assisted reproductive technology law, and co-host of the podcast I Want To Put A Baby In You. You can reach her at [email protected]abovethelaw.com.