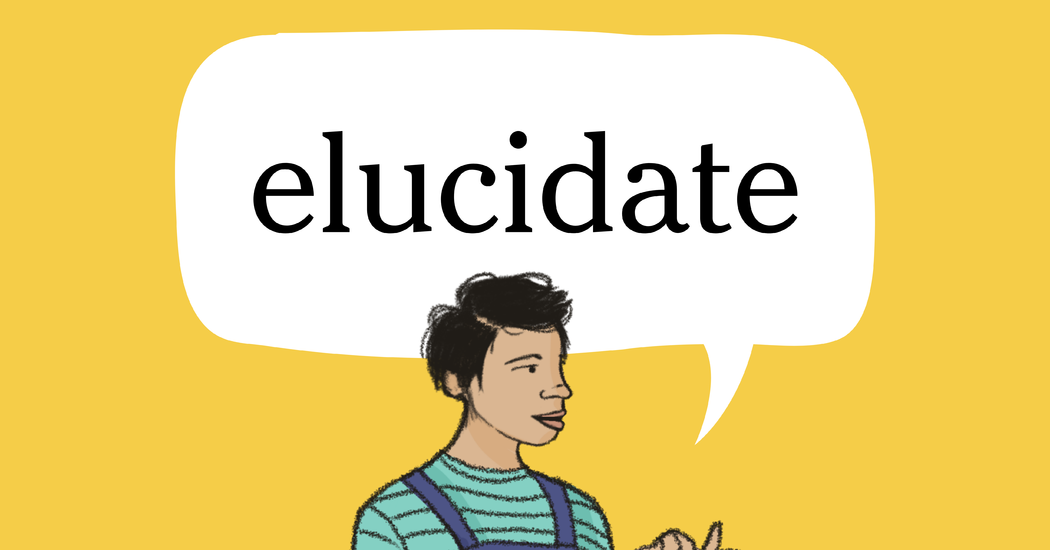 The word elucidate has appeared in 15 articles on NYTimes.com in the past year, including on Feb. 17 in the book review “In ‘Liner Notes for the Revolution,’ a History of American Music With Black Women at Its Center” by Jennifer Szalai:

With “Liner Notes for the Revolution: The Intellectual Life of Black Feminist Sound,” Daphne A. Brooks … argues that “taste-making” has often served to enshrine a musical canon that skews white and male; at the same time, she emphasizes the importance of canon-building and does some taste-making of her own. The old guard might have deigned to make room for “Satchmo, Monk, Miles and Trane,” she writes, but it still seems hesitant to “imagine a pop (culture) life with Black women at its full-stop center rather than as the opening act, the accompanying act or the afterthought.”

There are a number of recent and forthcoming books by Black women — among them Maureen Mahon, Danyel Smith and Clover Hope — that elucidate the central role that Black women artists have played in American music. Brooks, who teaches at Yale, is explicit about wanting to connect two worlds that would seem to be distinct: those of intellectual theory and commercial appeal. One doesn’t have to exclude the other, she says, even if traditional rock criticism has supposed that market success must come at the expense of that vague and vaunted quality known as “authenticity.”

Can you correctly use the word elucidate in a sentence?

If you want a better idea of how elucidate can be used in a sentence, read these usage examples on Vocabulary.com.