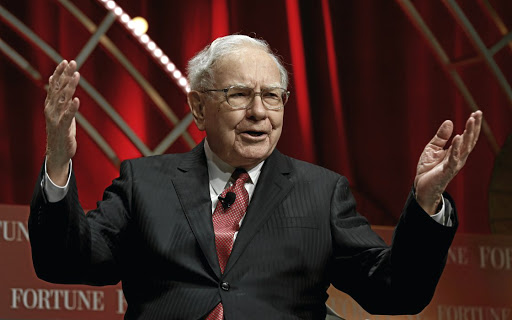 Warren Buffett’s Berkshire Hathaway on Monday urged the rejection of shareholder proposals that annual reports be produced about its efforts to address climate change and promote diversity and inclusion.

The proposals were disclosed in Berkshire’s annual proxy filing, ahead of the company’s scheduled May 1 annual meeting.

Though Buffett’s salary is low for a CEO of a major company, his 16.2% stake in Berkshire was worth about $98.2bn as of Friday.

Vice-chair Greg Abel and Ajit Jain, who respectively oversee Berkshire’s noninsurance and insurance operations and whose pay Buffett sets, were each awarded $19m, unchanged from 2019.

Berkshire’s dozens of operating businesses include the BNSF railroad, Berkshire Hathaway Energy and Geico car insurer, and the smaller Brooks running shoes and Fruit of the Loom clothing.

The company also cited its business model and Buffett’s record of “opposing efforts, seen or unseen, to suppress diversity or religious inclusion” in opposing the proposal on diversity from As You Sow, a nonprofit shareholder advocate.

Berkshire said its businesses “represent dissimilar industries” operating around the world, and it was “unreasonable to ask for uniform, quantitative reporting” to compare them.

Berkshire’s annual meeting will be in Los Angeles, allowing vice-chair Charlie Munger, 97, a Californian, to join Buffett in person to answer three-and-a-half hours of shareholder questions.