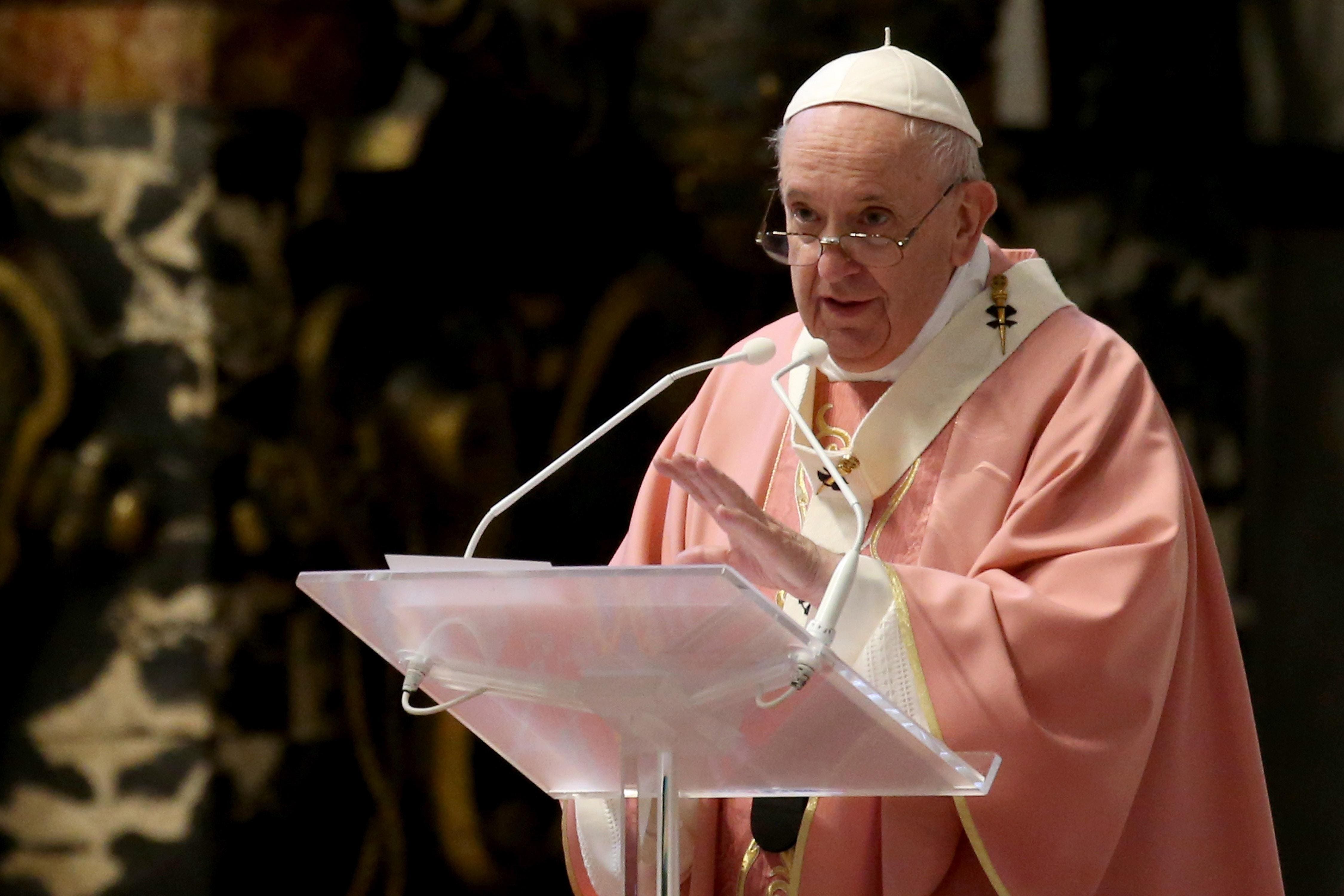 On Monday, in a message approved by Pope Francis, the Roman Catholic Church announced it cannot bless same-sex marriages regardless of how stable or positive the couples’ relationship may be. That hardline response came in response to recent questions whether the church should reflect the increasing social and notably legal acceptance of same-sex unions.

“Does the Church have the power to give the blessing to unions of persons of the same sex?” the question asked, to which the response was “Negative.” The Vatican added that that marriage should be limited to a union between a man and a woman, and that same-sex marriage is not part of God’s plan for family and raising children.

It didn’t take long for social media to react, with the vast majority calling out the decision.

Actor Jesse Tyler Ferguson (@jessetyler), who starred in the TV series Modern Family, was among the openly gay celebrities to call out the announcement, “As a graduate of a catholic high school, I am deeply saddened by this archaic rhetoric and not at all surprised. The good news? I’m still happily married & I don’t need the Pope to acknowledge the love that exists in my family.”

Filmmaker Adam Best (@adamcbest) was also quick to respond, noting, “Perhaps the Catholic Church should sit out weighing in on what is or isn’t an appropriate sexual relationship given its history.”

It wasn’t just Pope Francis who was called out on Monday.

Fox News’ Ben Sharpio (@benshapiro) offered a quick retort to the announcement and was one of the few voices that seemed to actually support the church’s stance, “In which we learn that the Catholic Church believes in Catholicism”

Others simply asked why anyone would care what the Vatican had to say on the issue.

“Why would same-sex couples want to taint their marriages with blessings from the Catholic Church?” pondered author Dennis DiClaudio (@dennisdiclaudio).

While most politicians stayed out of this fray at this point, Nebraska State Sen. Megan Hunt (@NebraskaMegan) was among the view to weigh in, “The Catholic Church protected pedophile priests for generations. So this is not a decree that anyone needs to take seriously. If you are religious, your faith is between you and your creator. It’s not the place of another human to ever deny your humanity here on this earth.”

While the statement from the church did not suggest that homosexuality was seen as a “sin,” some argued that the church’s refusal to bless any marriage of same sex individuals was actually based on the belief that the church saw it as sinful. As a result, the question of “sin” also made the rounds on social media by Monday afternoon.

“The worst sin I can think of is a lot of Priests molesting young boys & then the entire church covering it up, but you do you, I guess,” posted actress/author Kristen Johnston (@thekjohnston).

Podcaster Ryan Knight (@ProudSocialist) took an even harder line, “I left the Catholic Church when I turned 18. Love is not a sin. Being gay is not a sin. Priests molesting children is a sin.

The announcement regarding same-sex marriage comes less than a week after Pope Francis made his historic visit to Iraq, in his he called for interfaith unity. Now it seems that any unity among American Catholics could be questionable at best.