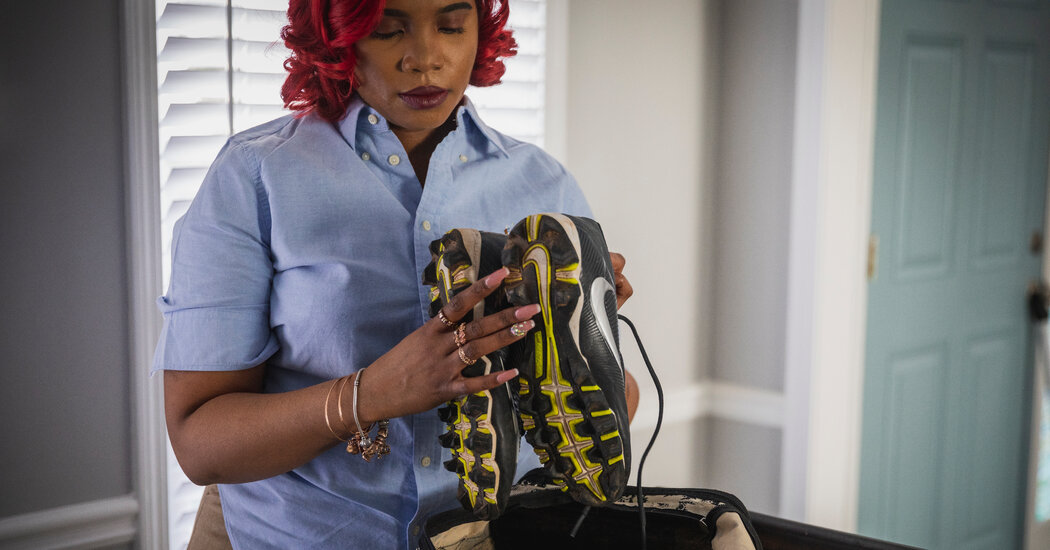 According to the government definition of poverty, about 10 million children in the United States fall under this category. Does that surprise you? How does knowing this make you feel?

A child benefit plan in President Biden’s $1.9 trillion pandemic relief bill could soon lift many children out of poverty. In the Morning Newsletter, David Leonhardt explains:

Most families will receive $3,600 a year (paid monthly) for each child age 5 or younger, and $3,000 a year per older child. Other provisions in the bill will further lift income for poor families. The benefits phase out for many households making six-figure incomes. …

Over all, the legislation will reduce the child poverty rate this year to about 6 percent from about 14 percent, according to projections by the Center on Poverty and Social Policy at Columbia. The biggest declines will be for Black and Hispanic children.

What is your reaction to this part of the president’s economic stimulus plan? Do you think the government should give money to families with children? Do you have any concerns about the plan?

In “In the Stimulus Bill, a Policy Revolution in Aid for Children” Jason DeParle further explains the idea of a child benefit:

A year ago, Anique Houpe, a single mother in suburban Atlanta, was working as a letter carrier, running a side business catering picnics and settling into a rent-to-own home in Stone Mountain, Ga., where she thought her boys would flourish in class and excel on the football field.

Then the pandemic closed the schools, the boys’ grades collapsed with distance learning, and she quit work to stay home in hopes of breaking their fall. Expecting unemployment aid that never came, she lost her utilities, ran short of food and was recovering from an immobilizing bout of Covid when a knock brought marshals with eviction papers.

Depending on when the snapshot is dated, Ms. Houpe might appear as a striving emblem of upward mobility or a mother on the verge of homelessness. But in either guise, she is among the people Democrats seek to help with a mold-breaking plan, on the verge of congressional passage, to provide most parents a monthly check of up to $300 per child.

Obscured by other parts of President Biden’s $1.9 trillion stimulus package, which won Senate approval on Saturday, the child benefit has the makings of a policy revolution. Though framed in technocratic terms as an expansion of an existing tax credit, it is essentially a guaranteed income for families with children, akin to children’s allowances that are common in other rich countries.

The plan establishes the benefit for a single year. But if it becomes permanent, as Democrats intend, it will greatly enlarge the safety net for the poor and the middle class at a time when the volatile modern economy often leaves families moving between those groups. More than 93 percent of children — 69 million — would receive benefits under the plan, at a one-year cost of more than $100 billion.

Mr. DeParle writes that there has been relatively little objection to the bill:

By the standards of previous aid debates, opposition has been surprisingly muted. While the bill has not won any Republican votes, critics have largely focused on other elements of the rescue package. Some conservatives have called the child benefit “welfare” and warned that it would bust budgets and weaken incentives to work or marry. But Senator Mitt Romney, Republican of Utah, has proposed a child benefit that is even larger, though it would be financed through other safety net cuts.

While the proposal took center stage in response to the pandemic, supporters have spent decades developing the case for a children’s income guarantee. Their arguments gained traction as science established the long-term consequences of deprivation in children’s early years, and as rising inequality undercut the idea that everyone had a fair shot at a better life.

The economic shock and racial protests of the past year brought new momentum to a plan whose reach, while broad, would especially help Black and Latino families, who are crucial to the Democrats’ coalition.

Mr. Biden’s embrace of the subsidies is a leftward shift for a Democratic Party that made deep cuts in cash aid in the 1990s under the theme of “ending welfare.” As a senator, Mr. Biden supported the 1996 welfare restrictions, and as recently as August his campaign was noncommittal about the child benefit.

The president now promotes projections that the monthly checks — up to $300 for young children and $250 for those over 5 — would cut child poverty by 45 percent, and by more than 50 percent among Black families.

Students, read the entire article or listen to the first 19 minutes of this episode of “The Daily” podcast, then tell us: