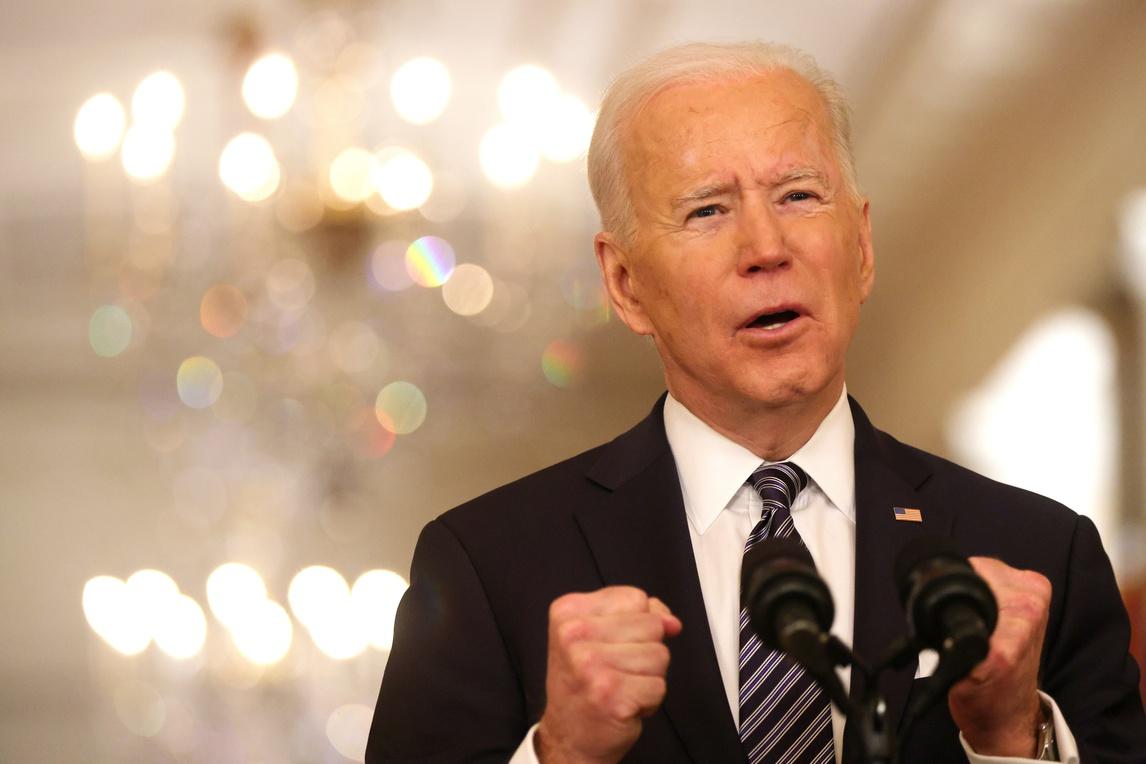 On Thursday night President Joe Biden made his first prime time address to the nation since taking office in January. He announced the next phase in combating the novel coronavirus, and said that he is taking the steps that could allow for small Independence Day gatherings to take place on July 4.

Despite his past calls for unity, it was also clear even without mentioning former President Donald Trump that Biden cast much of the blame for the state of the name on his predecessor.

“A year ago we were hit with a virus that was met with silence and spread unchecked,” Biden proclaimed. “Denials for days, weeks, then months that led to more deaths, more infections, more stress, and more loneliness.”

Even as Biden was still making his address, comments on social media and the reactions to the speech were as divided as the nation.

Sen. Chuck Schumer (D-N.Y.) (@chuckshumer) was of the like mind, “I’m so grateful that @JoeBiden is our president.”

The Daily Beast columnist Max Burns (@themaxburns) was among those who suggested that Biden’s address help change his opinion of the president. “During the Democratic Primary I supported candidates who were not Joe Biden. I did not believe that Biden was the person for this critical moment in our nation’s history. I was incorrect, and tonight’s speech was a lesson in why.”

Law professor Jennifer Taub (@jentaub) posted how moved she was by the speech, “I am actually crying. Compassion, honesty, competence. It’s been forever.”

Not surprisingly Scott Dworkin (@funder), co-founder and executive director of The Democratic Coalition praised the address, “What did you think about President Biden’s address? Me: Phenomenal”

However, there were many that criticized the speech as well as Biden’s delivery.

Conservative podcast host Greg Kelly (@gregkellyusa) questioned some of Biden’s storytelling, “How about Joe’s Extra-cheesy sorry about that woman In Philadelphia asking for TRUTH. Would Joe Biden make up a story like that?”

Former Republican Govern Mike Huckabee (@GovMikeHuckabee) also called out Biden for not giving any credit to former President Trump. “Breaking wind from CNN the Cuomo News Network! Joe Biden breaks his arm patting himself on the back for building on Covid response made possible by Pres Trump & Operation Warp Speed but Biden gives Trump no credit.”

Author Brigitte Gabriel (@ACTBrigitte) took a dig at the fact that the president hasn’t held an actual press conference yet, “I assume Joe Biden won’t be taking any questions after this pathetic speech.”

Gabriel than added, “We already knew Joe Biden could kind of read a speech off a teleprompter (with several errors of course). We want to see his critical thinking skills at work while he answers questions!!”

It was Media Matters for America’s editor-at-large Parker Molloy (@ParkerMolloy) who summed up the speech, “I’m 5 minutes Biden will give a speech. In 25 minutes Sean Hannity will be ranting about how it was the worst speech in American history and a confirmation of all of his conspiracy theories about Biden.”

The same could be said of every Trump, Obama, Bush and Clinton speech. The nation didn’t become divided during the past four years, and as social media has demonstrated it won’t be healed or unified so easily either.

And from this first prime time address, any chance of unity seems far from a reality.