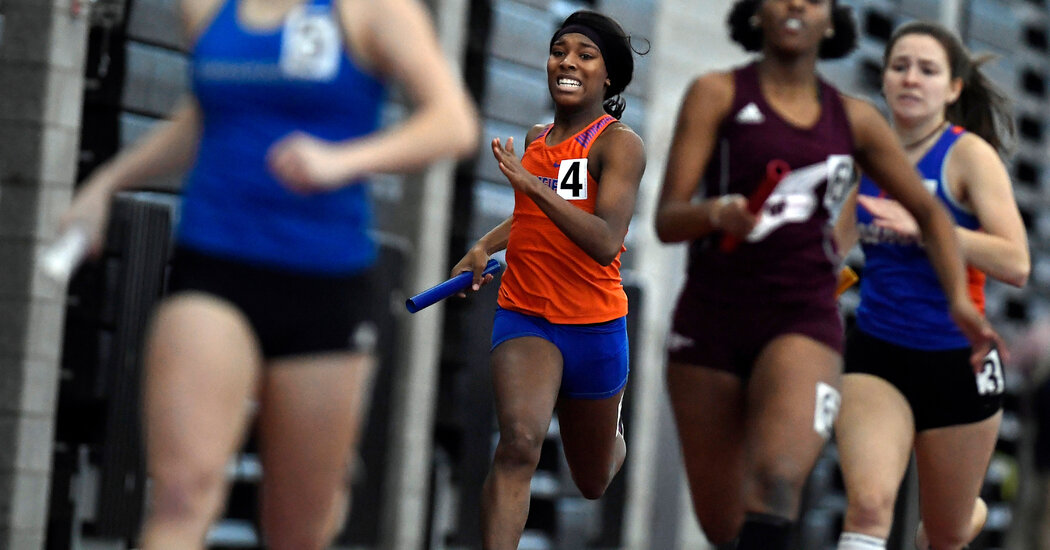 For each of the following statements, write whether you strongly agree, agree, disagree or strongly disagree:

Then expand on your responses with a free write using any of the following prompts: How comfortable are you considering your own gender identity? How do you feel when other people talk about their gender identities? Are discussions around gender common in your community, or do people avoid them? What do you know about the recent laws passed that bar transgender athletes from playing in sports divisions that match their gender identity?

To help you feel prepared to engage with the language and themes in the featured article, spend a few minutes looking at the following terms and definitions from the article “The ABCs of L.G.B.T.Q.I.A.+.” You may be familiar with some or all of these words, or they may be new to you. As you read, annotate or take notes about anything new you learned, or write questions about anything you don’t understand.

CISGENDER Someone whose gender identity matches the sex they were assigned at birth.

TRANSGENDER A wide-ranging term for people whose gender identity or gender expression differs from the biological sex they were assigned at birth.

GENDER NONCONFORMING, OR G.N.C. One who expresses gender outside traditional norms associated with masculinity or femininity. Not all gender-nonconforming people are transgender, and some transgender people express gender in conventionally masculine or feminine ways.

NONBINARY A person who identifies as neither male nor female and sees themselves outside the gender binary.

GENDERQUEER Another term often used to describe someone whose gender identity is outside the strict male/female binary. They may exhibit both traditionally masculine and feminine qualities or neither.

GENDER FLUID A term used by people whose identity shifts or fluctuates. Sometimes these individuals may identify or express themselves as more masculine on some days, and more feminine on others.

GENDER-NEUTRAL Someone who prefers not to be described by a specific gender, but prefers “they” as a singular pronoun (the American Dialect Society’s 2015 Word of the Year) or the honorific “Mx.,” a substitute for “Mr.” or “Ms.” that entered the Oxford English Dictionary in 2015.

Read the article and then answer the following questions. If you prefer to respond to the article in a more personal way, skip to the first activity in the Going Further section.

1. The article begins by describing a recent bill passed in Mississippi. What is the bill and what would it do?

2. What criteria does the N.C.A.A. use to select states to host championships? Why did over 500 student-athletes sign a letter that was sent to the N.C.A.A.?