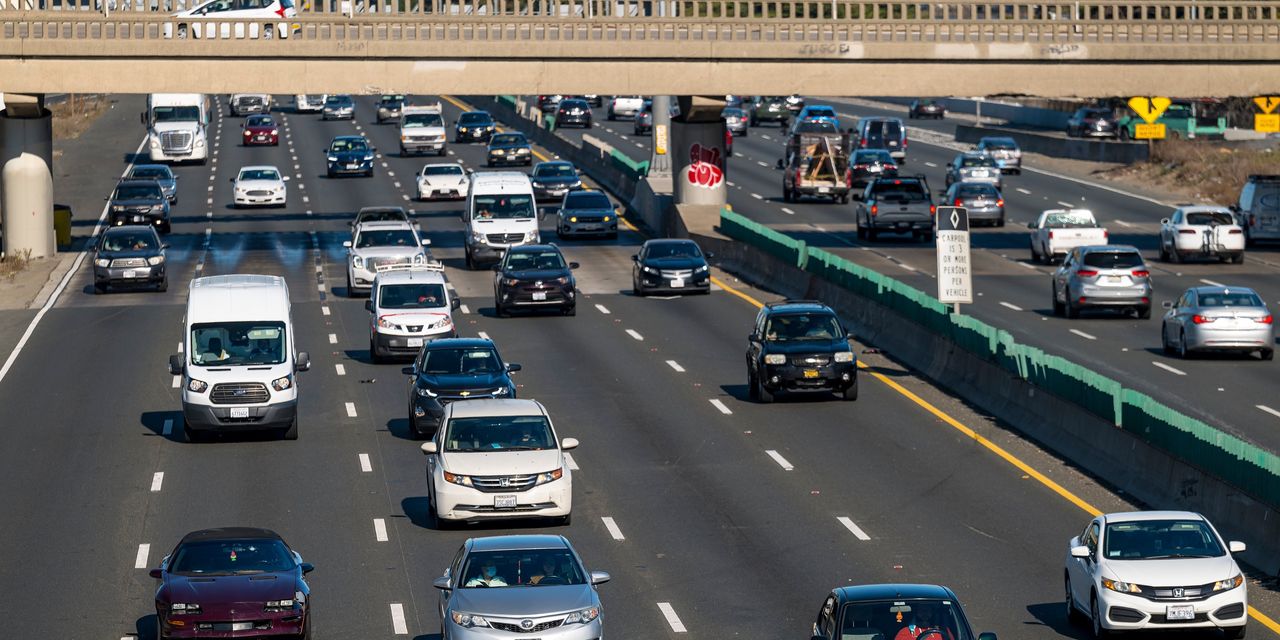 California regulators are ordering car insurers to refund significantly more money to the state’s vehicle owners, accusing them of overcharging customers as wrecks last year plummeted due to reduced driving during the coronavirus pandemic.

U.S. auto insurers last year had returned more than $14 billion as of June to customers nationwide in response to sharp reductions in mileage, and, in turn, sharp reductions in accident claims, according to a tally by trade group Insurance Information Institute.

But on Thursday, California Insurance Commissioner Ricardo Lara said that insurers’ premium-refund programs for vehicle owners in the state on average should have been nearly double what the industry shelled out from last March through September. The regulator gave auto-insurance companies until April 30 to detail plans for returning premiums to California policyholders that the department contends were over-collected in 2020.

The action comes weeks after numerous insurers posted improved fourth-quarter results for their car-insurance units. It indicates that the industry hasn’t put behind it the bad optics—surging profits from Covid-19 as many people financially struggle—that emerged in the spring when government-mandated lockdowns marooned customers at their homes. In particular, fender-bender claims have declined.

California’s move could give momentum to a campaign by consumer organizations for other states to act aggressively, too. Since the early days of the pandemic in mid-March 2020, the Consumer Federation of America and Center for Economic Justice have petitioned state insurance departments to push insurers to share any large profits with customers. In December, the two groups asked departments “to require all auto insurers to issue a second round of premium refunds for consumers.”

California also is taking a look at commercial insurers. Mr. Lara said he is requiring carriers that sell policies to businesses to provide data about claims on this coverage back to last March.

As businesses were under lockdown, many posed less risk to insurers than under normal circumstances, owners and insurance agents have said. This is because they didn’t have patrons on their premises to slip and fall, for instance, and closed restaurants weren’t at the same risk for kitchen fires.

“If the data shows that insurance companies overcharged our businesses, I am going to be mandating them to return premium, especially to small businesses that have borne the brunt of pandemic closures,” Mr. Lara said in a news release.

Auto insurers have said they are cautious about additional large refunds because of uncertainties about driving patterns ahead, including the fact that traffic fatalities rose last year.

“This suggests that driver behavior deteriorated rapidly and significantly during the pandemic,” said Loretta Worters, a spokeswoman for the Insurance Information Institute.

Miles driven may be returning to pre-pandemic levels following last year’s 51% decline, according to a report in February from Arity, Allstate Corp.’s telematics and driver-data information subsidiary. Based on data sets including those from both mobile apps and onboard devices that record mileage, Arity said “current miles driven is now close to normal.” It cited such potential factors as social “distancing fatigue.”

California’s action on car insurance followed a review of data submitted by the insurers. In short, the department’s staff compared the anticipated levels of claims and costs embedded in the insurers’ rates for 2020 with their actual Covid-19 experience. Across the country, insurers have to get regulatory approval for rates they charge consumers in every state, with regulators using a series of metrics to ensure consumers aren’t overcharged.

The data reviewed by California regulators showed various types of claims had fallen at least 40% from March 2020 through September, compared with the year-earlier period, the department said. Claim costs, in turn, also fell significantly, though the percentage change wasn’t immediately available Thursday from the state.

In general, insurers say that their claim volumes mostly declined as people worked from home and weren’t in rush-hour fender-benders, and they say that many of the remaining claims were costly ones often involving speeding drivers.

Math by the California department’s staff indicated that, on average, refunds of approximately 17% for the seven-month period would bring rates into alignment for consumers.

The insurance-company groups had returned on average 9% of Californians’ auto premiums during the seven-month period, the state said. The state said some insurers were to be commended for their premium-refund efforts but “evidence now shows that many insurance companies fell short” and these carriers “continued to overcharge consumers despite drastically reduced risk of accidents and loss.”

At least one big insurer, State Farm Mutual Automobile Insurance Co., already has taken additional action. On Wednesday, the private mutual insurer said it is returning $400 million to California auto policyholders, which will represent 18% of premiums for June through December 2020. That is on top of an earlier dividend to California policyholders of about 28% of premiums from March 20 to May 31, and a 6.5% rate reduction in the fall, a spokeswoman said.

Across the U.S., car insurers’ premium-refund programs have varied widely. The biggest insurers typically slashed 15% to 20% of customers’ premium bills for a couple months, but some ran for longer periods.