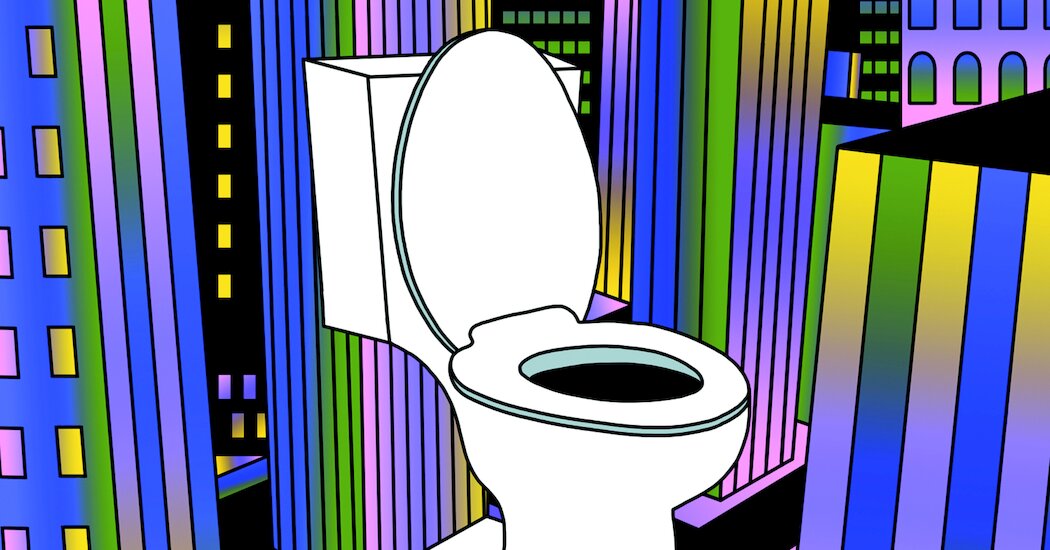 Unlike many other countries, the United States does not have a robust network of public restrooms. Do you think that it should? Why or why not?

What problems arise when toilets are not widely accessible? Which groups of people are most negatively affected? Do you think that a lack of public restrooms compromises human dignity?

What should we do to expand restroom access, if anything?

In “America Is Not Made for People Who Pee,” Nicholas Kristof writes about the lack of public toilets in the United States:

Sure, we need investments to rebuild bridges, highways and, yes, electrical grids, but perhaps America’s most disgraceful infrastructure failing is its lack of public toilets.

Greeks and Romans had public toilets more than 2,000 years ago, with people sitting on benches with holes to do their business. There were no partitions, and Romans wiped with sponges on sticks that were dipped in water and shared by all users.

I’m not endorsing that arrangement, but at least the ancient Romans operated large numbers of public latrines, which is more than can be said of the United States today.

Mr. Kristof discusses how people and the cities where they live are affected:

Japan manages what may be the world’s most civilized public toilets — ubiquitous, clean and reliably equipped with paper — and almost every industrialized country is more bladder-friendly than America. Even poorer countries like China and India manage networks of public latrines. But the United States is simply not made for people who pee.

“I go between cars or in bushes,” Max McEntire, 58, who has been homeless about 10 years, told me as he stood outside the tent where he lives here. “Sometimes at my age, if your body says pee, you’ve got to pee. If your body says poop, you can’t wait.”

Most stores and businesses are of little help, he said, because they often insist on a purchase to use the restroom — and that’s even before a pandemic closed many shops.

“At night you’ll see men and women pulling their pants down and peeing and pooping in the gutter,” McEntire said. “People lose their dignity, they lose their pride.”

Cities also lose their livability, and open defecation becomes a threat to public health. Americans have painstakingly built new norms about dog owners picking up after their pets, but we’ve gone backward with human waste.

Meanwhile, it’s not just the homeless who suffer. Taxi drivers, delivery people, tourists and others are out and about all day, navigating a landscape that seems oblivious to the most basic of needs. The same is true of parents out with kids.

Mr. Kristof also considers how class distinctions contributed to the disappearance of public toilets over time:

In the 19th century, the United States did set up public toilets in many cities. They were often called public urinals, abbreviated as P.U. (this may be part of the origin of “P.U.” to mean something that stinks, although there are competing theories). In the early 20th century, these were supplemented by “comfort stations” for men and women alike, but most closed in waves of cost-cutting over the years.

That’s partly because this is a class issue. Power brokers who decide on infrastructure priorities can find a restaurant to duck into, while that is less true of a Black teenage boy and utterly untrue of an unwashed homeless person with a shopping cart.

The White House can work with cities to experiment with various approaches to expand restroom access. We can work with corporate sponsors. We can use advertising to help underwrite the expense. We can give tax breaks to businesses that make restrooms open to all. There are models all over the world, such as India turning old buses into clean public toilets.

Which of these suggestions do you find most promising? What other ideas do you have?