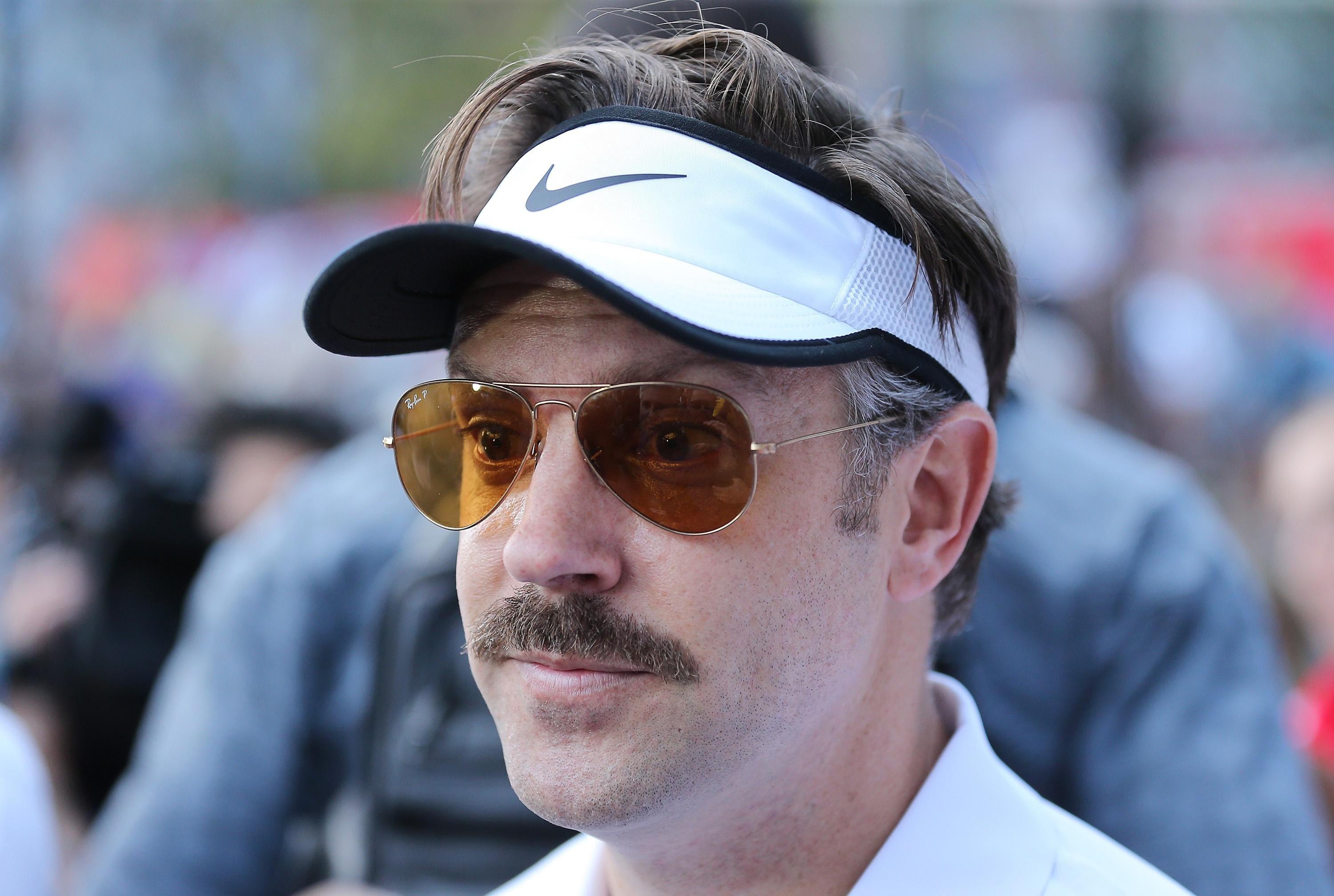 You’d have to be a robot to resist the uncomplicated charm of Ted Lasso. I’d call it a security blanket before I would call it a comedy. Lasso is to comedy what Hint Water is to juice; it has the essence of a sitcom without the hard jokes. That’s not a criticism, though. It’s just what Dr. Fauci ordered to make us feel human as we shelter in place.

But underneath Lasso’s aw-shucks stache hides an insidious new era in product placement that should give us pause. As Jason Sudeikis accepted his Golden Globe last week, I thought two things. One, how well his bloodshot eyes matched his tie-dye sweatshirt. And two, could there be a less threatening agent chosen to normalize the ubiquity of Apple products in our everyday lives?

The Morning Show was the first AppleTV+ series to garner mainstream attention, but Ted Lasso is the breakout hit that Apple needed to stake its claim in the streaming wars. As we further immerse ourselves in vast tech ecosystems, like those of Apple and Google, our identification with these brands may soon eclipse our national identities. Countries of origin increasingly feel like accidents of geography as the world becomes more Americanized, corporatized, and homogenized. In the United States, it’s almost more revealing to learn whether someone is an iPhone user or an Android user than whether they’re from Cincinnati.

On one level, this feels inevitable and obvious; a show on AppleTV+ has to feature Apple products. But on another level, we don’t seem concerned enough about the most valuable company in the world ($2 trillion and counting) having direct access to our hearts and minds in addition to our wallets. Sure, James Bond has not-so-subtly been hawking Aston Martins since the 1960s, but now the same company that makes the hardware and the software also makes the artware (if you will) that constitutes one unified brand experience.

But it would be shortchanging Apple to call Ted Lasso a branded experience; it’s so much more sophisticated than that. Let me give you an example of what I mean. In episode seven of season one, Make Rebecca Great Again, (super minor spoiler alert!) Lasso has to sign papers that have deep meaning to him as a character. Here’s how the scene breaks down:

29:02 – Lasso pulls out his iPhone, flashing the Apple logo to the audience in the process.

29:06 – Lasso snaps a photo of the papers with the camera app and we hear the sound effect.

29:10 – Lasso types and we hear the unmistakable clicks of the digital iPhone keyboard.

29:18 – Lasso uses the native Apple email client to send the photo and we hear the woosh.

29:20 – Lasso locks his phone with a click to complete the frictionless user experience.

There’s a lot to unpack here. First off, Lasso definitely keeps his ringer on, which I guess is the quirky sort of thing a wacky Kansas football coach might do. But more importantly, the rapid succession of sound effects indelicately showcases a streamlined UX workflow during what is arguably the most heightened dramatic moment of the entire first season.

Okay, so the climax of Lasso isn’t exactly high art in the tradition of King Lear. The show comes from the creator of Scrubs and shares a similar take-it-or-leave-it significance. It’s also worth noting that it was adapted from a series of advertisements NBC Sports used to promote the Premier League in the US (which, more so than comic books and podcasts, feels like the most efficient way to launch new intellectual property in 2021). Nevertheless, my aching heart rejects the cynical premise that all of Lasso’s bumbling cultural misunderstandings are merely a ploy to boost plateauing iPhone sales in a saturated smartphone market.

There’s nothing new about product placement in mass media. In 1920, the silent comedy The Garage featured Red Crown Gasoline’s logo in multiple shots. In fact, product placement predates film itself. In 1873, Jules Verne promoted transport and shipping companies in his classic novel Around the World in Eighty Days and there’s credible speculation that he was reimbursed accordingly.

But cross promotion has leveled up in recent years, even with existing franchises. Less established and integrated than their partnership with Aston Martin, the James Bond team brokered a deal with Heineken for 2012’s Skyfall. The Budweiser of Germany paid a whopping $45 million to replace 007’s signature martini with their iconic green bottle.

TV and movies are so expensive to produce nowadays that there not only needs to be existing IP to ensure a built-in audience, but corporate tie-ins, too. This isn’t an anti-capitalist proclamation from Ethan Hawke’s character in Reality Bites, something he would espouse after taking a long rip off a bong and ironically regurgitating a tagline from a jingle to signal how immune he is to corporate indoctrination; selling out doesn’t even exist to Gen Z as an idea, let alone a concern. This is a warning that the monopolistic power of FAANG companies might pose a threat too powerful to be cancelled, no matter how hard it trends.

Setting Facebook and Google aside, the AAN (Apple, Amazon, and Netflix) in FAANG all have award-winning shows. Have we ever considered why Amazon, the company that sells us tube socks, now sells us prestige TV? No one has ever expressed a desire to buy impressionist paintings from Walmart, yet we welcome these behemoths into our homes to share their stories and shape our minds. I guess it’s less worrisome than smart speakers eavesdropping on our conversations, but even the best advertising takes a little time.