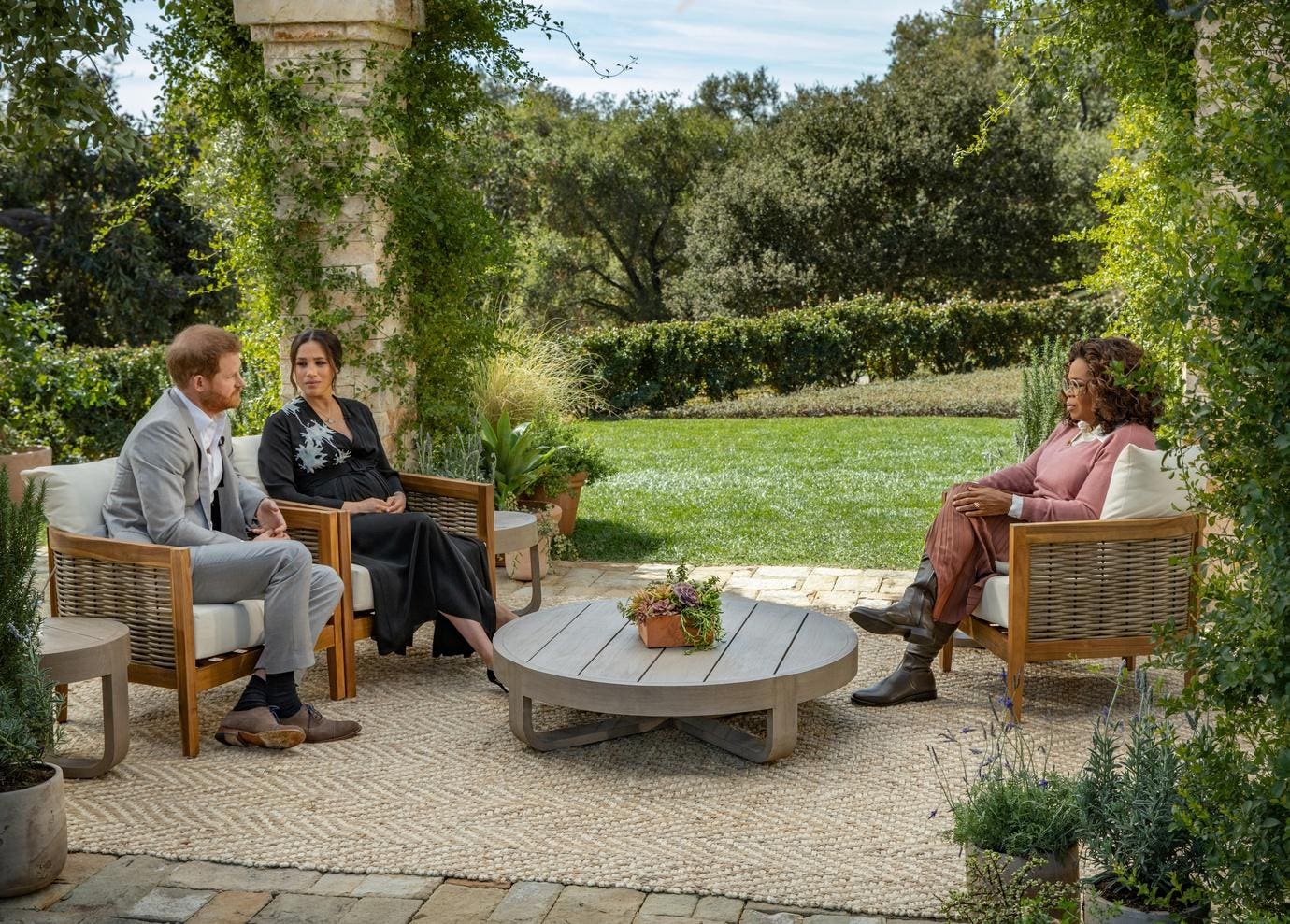 Going back to the Middle Ages and the English Wars of the Roses, in which Sir Richard Neville, Earl of Warwick was deemed a “Kingmaker” there have been those who have wielded power to make or perhaps break ones rise to power. Throughout much of her career, talk show host and author Oprah Winfrey has been known as a “kingmaker” of sorts, but now it could appear that she almost has the power to literally take down the British monarchy.

After the talk show queen’s explosive two-hour long interview with Meghan Markle and Prince Harry aired on CBS, many viewers were reportedly left stunned by the revelations. By late Sunday and early Monday, the hashtag #AbolishTheMonarchy began to trend on Twitter.

Such calls aren’t new, but it seems that the institution of the British monarchy would be facing its worse crisis in decades.

The Republic (@RepublicStaff), which has campaigned to replace the monarch with an elected head of state, posted, “The monarchy has just been hit by its worst crisis since the abdication in 1936. Whether for the sake of Britain or for the sake of the younger royals this rotten institution needs to go. #AbolishTheMonarchy”

The pro-Republican grassroots group – not to be confused in any way with the American political party – also shared a video that suggested that the institution of monarchy isn’t even good for tourism in the 21st century.

The issue may not be a polarizing as American politics, but many in the UK clearly feel the time has come for the monarchy to be abolished. Numerous users posted memes and shared their assessment of why the monarch is past its due date. By Monday afternoon there were nearly 70,000 tweets with the hashtag calling for the abolishment of the British monarchy.

Some users even offered insight in how such a transition to a true republic – as opposed to a constitutional monarchy – could take place.

“When the Queen dies, #AbolishTheMonarchy and move to an elected head of state. If the monarchists are so keen on Prince Charles being head of state, he can run for President of the Republic of Great Britain. If it’s his divine right, then he’ll win, won’t he?”

It wasn’t just those living in the UK who felt it was time for the House of Windsor should be retired.

“JUST A BUNCH OF SUBJECTS OF A FORMER BRITISH COLONY HAVING A VERY LIT NIGHT,” posted @nafeesaaaa.

A few also suggested some alternative means to “save” the monarchy, and while the hashtags #ForQueenandCountry and #savethemonarchy didn’t quite take off they were present on Monday.

Writer/director Stuart Black (@StuBlackEsquire) also suggested, “Time for Prince Philip to take one for the team – die now and deprive these upstarts of any more headlines. #forQueenandCountry (And if that doesn’t work: release the Charles & Camilla sex tape) #gonuclear #savethemonarchy

Whilst it is highly unlikely that Queen Elizabeth II will step down, it does appear that the republican spirit is going strong on social media. The House of Windsor will surely face a crisis not seen in decades, and this time they may be forced not to consult just with protocol experts but actually look to public opinion on the social networks.