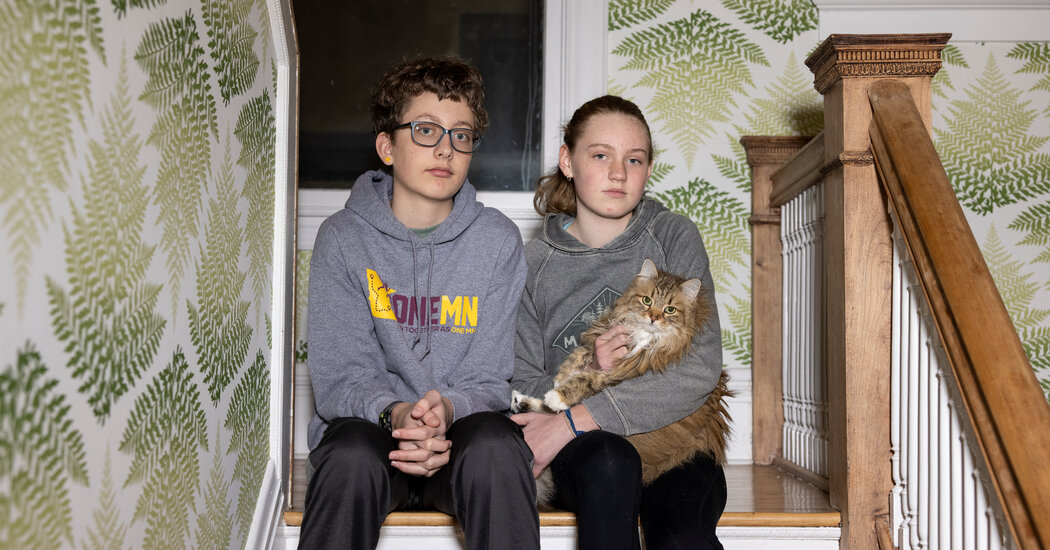 Here is the February edition of Teenagers in The Times, a roundup of the news and feature stories about young people that have recently appeared across sections of NYTimes.com. We publish a new edition on the first Thursday of each month.

“Britney Spears and I learned the same lesson growing up: When you’re young and famous, there is no such thing as control,” writes the author of this Opinion essay.

In ‘Summer Brother,’ Sibling Bonding During a Season of Turmoil

In Jaap Robben’s “Summer Brother,” a 13-year-old finds himself the default caregiver for his severely disabled brother. His dad’s a swindler. The bills are due. Disaster is inevitable.

They Were Black. Their Parents Were White. Growing Up Was Complicated.

“Raceless,” by Georgina Lawton, and “Surviving The White Gaze,” by Rebecca Carroll, follow two Black women who discover their racial identity after a childhood separated from their heritage.

These Young Podcasters Are Growing Up on Mic

The precocious hosts of “Tai Asks Why” and “The Show About Science” have matured along with their industry. For them, listening to their early episodes can prove a bit painful.

Growing Up With a Revolution, and a Mystic Grandmother

“The Bone Fire,” by Gyorgy Dragoman, follows a 13-year-old girl as she navigates political upheaval and an uncanny world.

This documentary gives middle school children a chance to show their experiences.