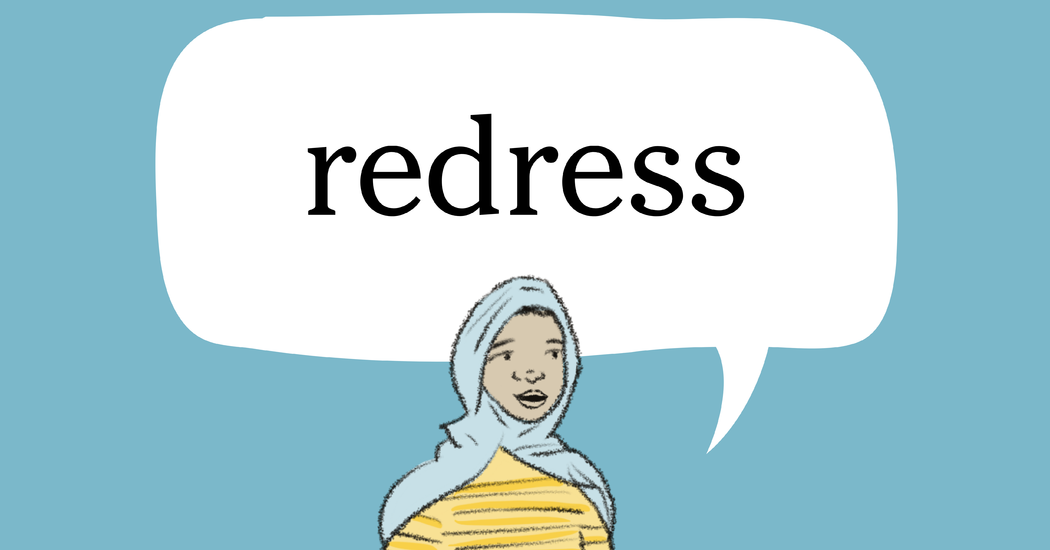 verb: make reparations or amends for

noun: a sum of money paid in compensation for loss or injury

noun: act of correcting an error or a fault or an evil

The word redress has appeared in 94 articles on NYTimes.com in the past year, including on Dec. 16 in “Baseball Rights a Wrong by Adding Negro Leagues to Official Records” by Tyler Kepner:

If baseball somehow reflects America, as romanticists like to believe, then it also shares in its blemishes. The National and American leagues were segregated until 1947, and the decades since have been marked by a halting kind of reckoning.

On Wednesday, Major League Baseball took one of its biggest steps to redress past racial wrongs: It formally recognized several of the Negro leagues as on par with the American and National leagues, a distinction that will alter the official record books to acknowledge a quality of competition that the long-excluded players never doubted.

Can you correctly use the word redress in a sentence?

If you want a better idea of how redress can be used in a sentence, read these usage examples on Vocabulary.com.

Word of the Day: intrinsic