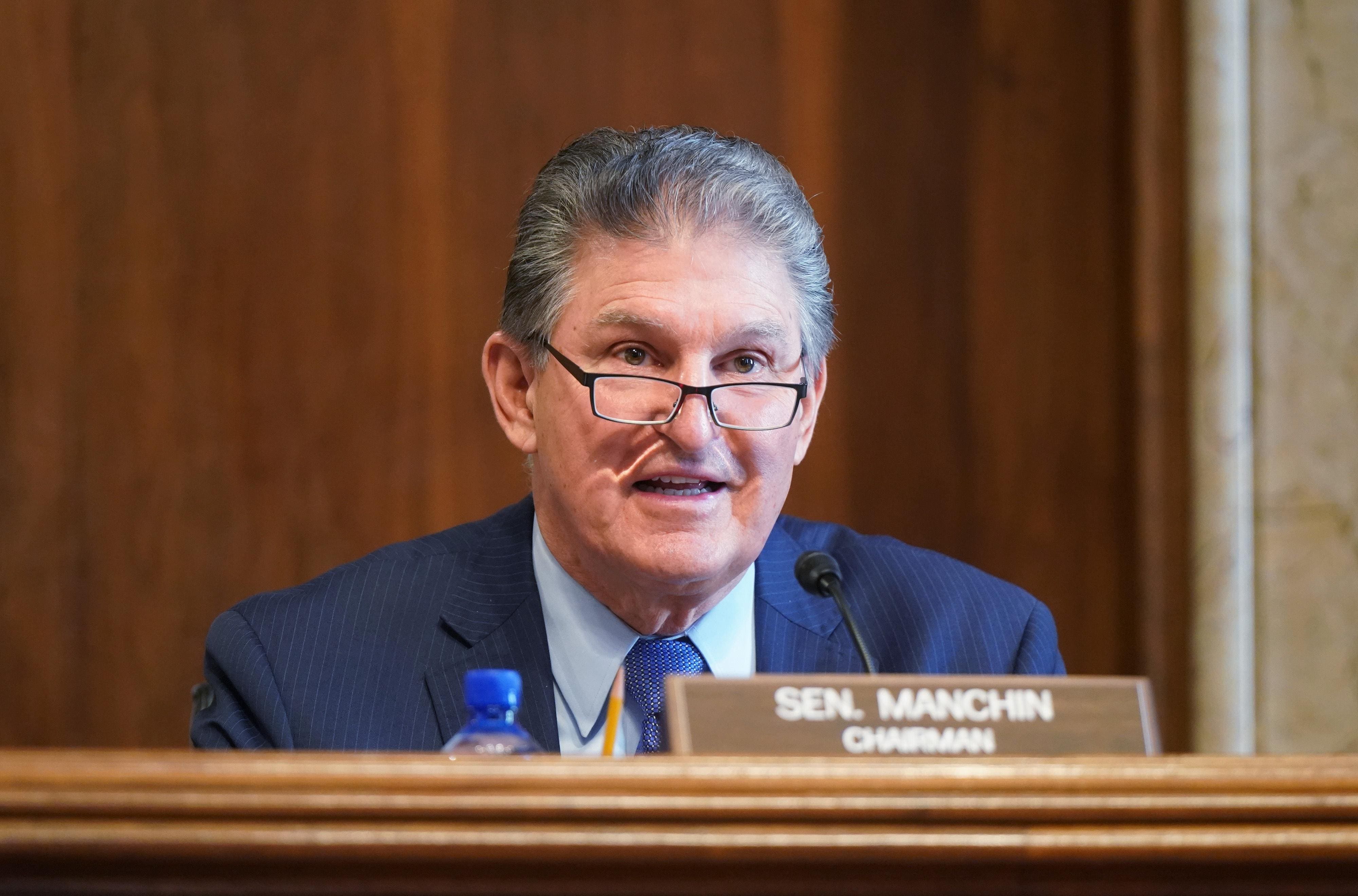 On Wednesday Sen. Joe Manchin (D-W.V.) essentially forced the Democrats in the United States Senate to lower the income thresholds for the $1,400 stimulus checks that were part of President Joe Biden’s $1.9 trillion Covid-19 relief package. According to reports, moderate Democrats met with the president on Monday to discuss the amendments to the novel coronavirus economic relief bill, which was passed by the House of Representatives on Friday.

Manchin has been quite vocal of his concerns of the cost of the bill, and he had called for lowering the $400 weekly federal unemployment benefits to just $300. Additionally, under the bill, individuals earning under $75,000 a year would receive $1,400 while married couples earning less than $150,000 would receive $2,800. Individuals who earn under $100,000 would still receive a lesser payment, but those earning above would be completely phased out.

For the bill to pass, every Senate Democrat needs to be in agreement, and given the “compromise” there was much pushback on social media over the “watered down” version the Senate was now proposing.

Sahil Kapur (@sahilkapur), national political reporter for NBC News, was among those who noted that some voters may not be happy with the compromise, “This means Biden will send checks to fewer people than Trump did (but with more cash for many). Some Democrats had argued against this, warning it’d lead to some seriously angry people who got money before and didn’t expect to be excluded this round.”

The socialist news magazine Jacobin (@jacobinmag) called out Senate Democrats for failing to include an increase in the minimum wage in the Senate bill, “With the minimum wage close to an all-time low in terms of purchasing power and massive crises rocking the country, it’s time for Senate Democrats to follow Bernie’s lead and overrule the parliamentarian. Too many have waited for too long for a raise.”

Law makers on both sides of the aisle accused Senate Democrats of failing Americans with the latest round of stimulus money.

“Instead of cutting the pork Biden and Senate Democrats want to cut off stimulus checks for individuals earning over $80k. They rather continue sending billions overseas than give a working single mother some of her hard-earned tax dollars back,” noted Rep Nicole Malliotakis (@NMalliotakis) (R-N.Y.)

Democratic Socialist candidate Jason Call (@CallforCongress) was among those who felt Americans needed help now, “Stimulus checks should not be means-tested. We’re in a pandemic and a financial crisis. We need $2,000 monthly recurring checks. Universally and immediately.”

The sentiment was shared by Rep. Barbara Lee (@BLeeForCongress) (D-Calif.) who added, “One check is not enough. Recurring checks to get through the rest of the pandemic will save lives and the economy.”

Some also called out President Biden, addressing not only the proposed amount of the checks but who will get them. User @BlackBernieBabe was to the point, posting, “If Biden’s $1400 stimulus check was an ‘extension’ of Trump’s $600 check totaling to $2000 then why are less people getting checks this go around?”

Some worried that voters will remember in the midterms. “Great job dems. Enjoy the next 22 months of stabbing us in the back, because Mitch and Kevin will be running things by 2022,” suggested Richard Rowe (@ReforgeAmerica), a progressive candidate for the Florida senate.

“Joe Biden is such a brilliant tactician and master of the Senate, he’s negotiated Joe Manchin into being to the right of the Republican governor of Manchin’s own state,” David Sirota (@davidsirota) Daily Poster founder noted.

Other users were quite blunt of their assessment of Manchin:

Not all the commentary on social media was aimed at the Senate Democrats and Sen. Manchin however. Historian Kevin M. Kruse (@KevinMKruse) called out Sen. Ron Johnson (R-Wisc.) who tried to suggest how “thick” the stimulus would be in inches! “If Senate Democrats weren’t pointing and laughing during Grampa Ron’s Show and Tell presentation, well, they’re better than I am.”