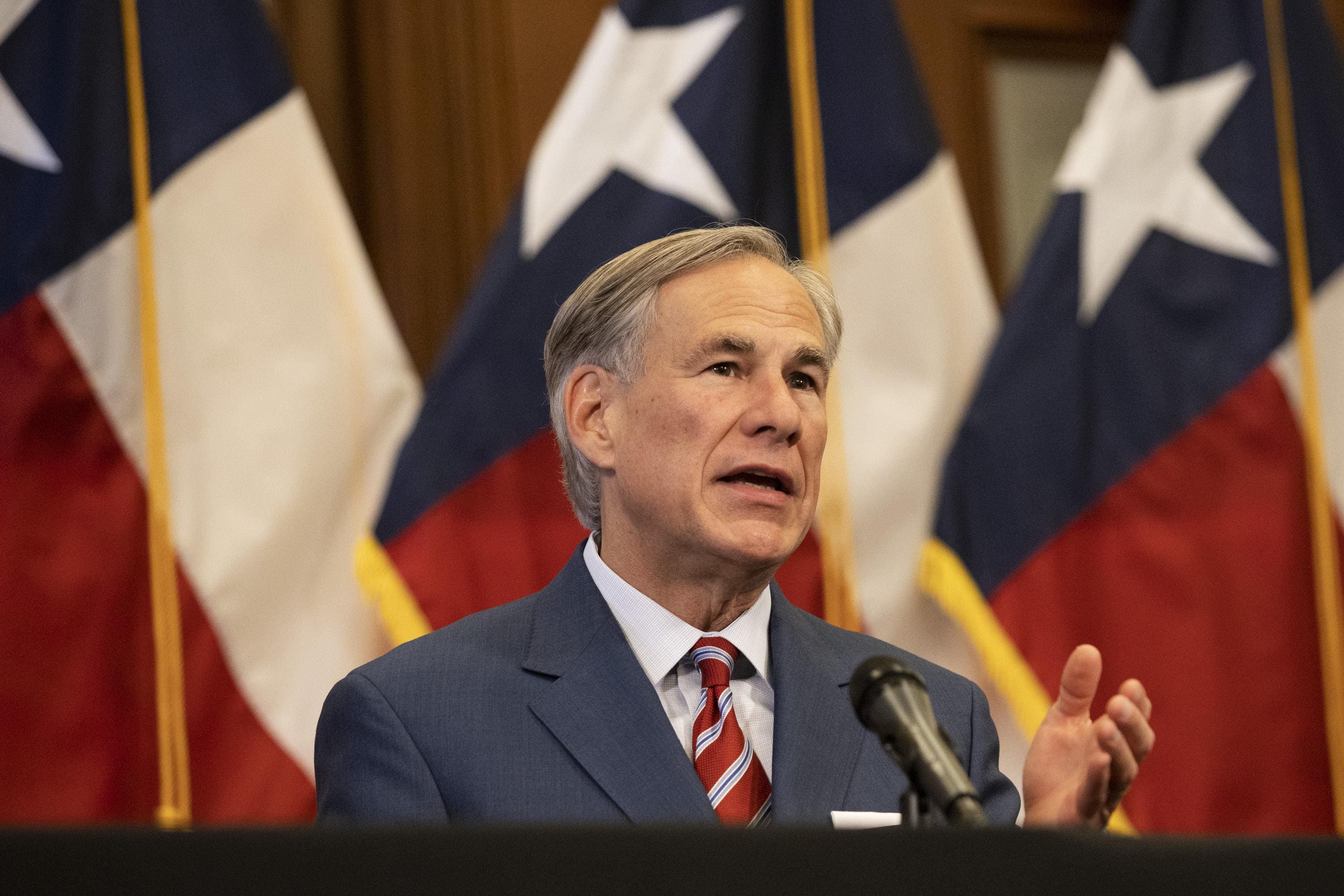 On Tuesday, Texas Republican Governor Greg Abbott announced that the mask mandate would be lifted in the Lone Star State, and that by next week the state would be 100 percent reopen.

“To be clear, COVID has not, like, suddenly disappeared,” Abbott said during a press conference at a restaurant in Lubbock, Texas on Tuesday. “COVID still exists in Texas, the United States and across the globe, but it is clear from the recoveries, the vaccinations, from the reduced hospitalizations and from the safe practices Texans are using that state mandates are no longer needed.”

The governor added that the vaccine rollout has been a big factor in the state’s ability to safely reopen. The directive will go into effect on Wednesday, March 10.

On Twitter, the Texas Department of State Health Services (@TexasDSHS) offered a mostly bipartisan response, posting, “As Governor Abbott said, COVID-19 has not suddenly disappeared. All COVID-19 #HealthyTexas steps are still recommended. Texans should keep up the good work they’ve been doing to slow the spread as more people are vaccinated and we monitor COVID-19 variants.”

On Wednesday, the governor has continued to praise the vaccination numbers.

Abbott’s decision reopen the state and cancel the mask mandate was met with a wave of criticism on social media, and among those to respond quickly was California Democratic Governor Gavin Newsom (@GavinNewsom), who tweeted “Absolutely Reckless” on Tuesday evening.

By late morning, the hashtags #VoteHimOut, #VoteAbbottOut and #TurnTexasBlue began trending. There were a number of memes that poked fun at Abbott’s decision:

Others were far more direct and even blunt in their assessment of the Abbott’s decision. “He Refused To Close The State As Hospitals Overflowed To The Parking Lot With #COVID & People Died,” @GetWisdomDude posted.

“Only 6.5% of TX has been fully vaccinated, yet our governor decided to rescind the statewide mask mandate & capacity limits on businesses,” podcast host Rachel McElroy (@rachelcmcelory) added.

It should be noted that as the Texas Department of State Health Services noted, there is still nothing that can stop businesses from enforcing their own mandate, while individuals can continue to wear masks and social distance.

The response to Abbott’s decision was notable among celebrities – many of whom don’t live in Texas and who have been quite vocal of Republicans in the past. Actor George Takei (@GeorgeTakei) described the action as “criminal” and a “racist death sentence” while actress Patricia Arquette (@PattyArquette) suggested, “one catastrophe on your hands this year is not enough.”

Comedian Chelsea Handler (@chelseahandler) mocked Abbott and took aim at Republican Sen. Ted Cruz in a tweet that noted, “Only another white man could figure out a way to become a worse person than Ted Cruz”

Abbott’s calls to reopen Texas were met by a smaller number but equally vocal supporters across social media.

Rep. Jim Jordan (@Jim_Jordan) (R-Ohio) posted, “Texas is open. Mississippi is open. When will Ohio do the same?”

“Everyone is acting like he banned masks! He simply lifted the mandate to wear them! If you want to wear them you have every right and no one is going to stop you!,” noted @zander_2101

On Parler, the social media platform used by many conservatives, the support for opening Texas was far larger. Gov. Kristi Noem (@GovernorNoem) (R-S.D.) posted, “Keep doing the right thing Gov. Greg Abbott. The media is attacking you because they can’t allow freedom to succeed. It would disprove their entire agenda.”

Clearly the issue of masks and state reopening is just another of the political divides the country will continue to face for weeks and even months to come.