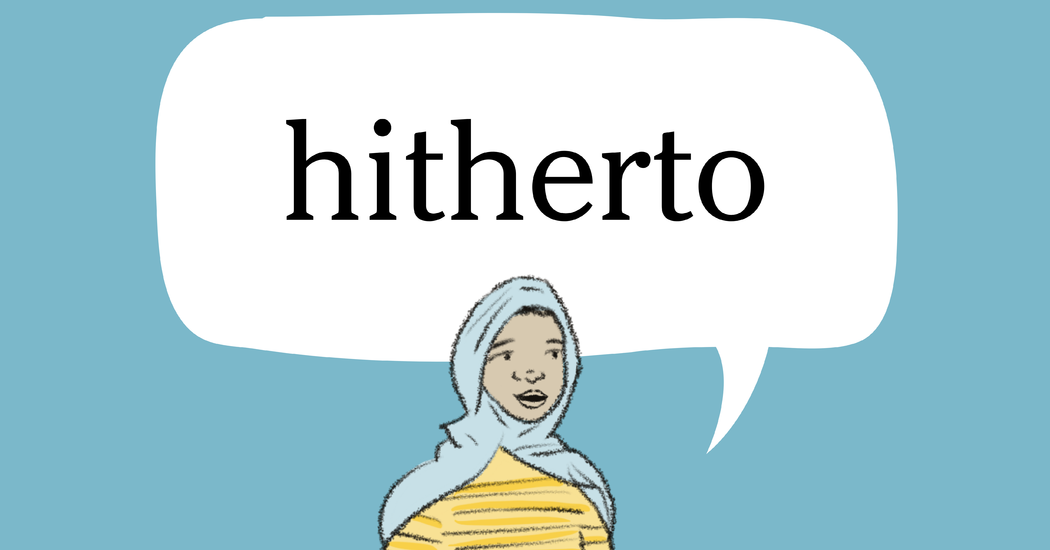 : used in a negative statement to describe a situation that has existed up to this point or up to the present time

The word hitherto has appeared in 21 articles on NYTimes.com in the past year, including on Dec. 23 in “European Soccer Learns a New Virtue: Patience” by Rory Smith:

It was vintage Preziosi. This, after all, is what he does: He fires coaches. In the 17 years since he bought Genoa — Italy’s oldest club — he has changed his coach 27 times. He quite often churns through three in a single season. He once fired Alberto Malesani twice in the same campaign. He has fired one coach, Ivan Juric, three times. Italian soccer has a word — mangiallenatore — for owners like him: coach eater.

Preziosi fired another manager this week, dispensing with Rolando Maran, whom he had appointed in August but who had not won a match since September. If all of that felt reassuringly familiar, though, the circumstances were unusual. This year, many of Preziosi’s peers in Europe’s top five leagues have discovered a virtue hitherto rarely associated with owners of soccer clubs: patience.

More than a third of the way through the season, only one other Serie A team, Fiorentina, has fired its coach. In La Liga, only Celta de Vigo has changed managers. In the Premier League, Sam Allardyce had to wait until last week to be parachuted into West Bromwich Albion. His appointment was only the second time a Premier League team had fired a manager in 2020.

Can you correctly use the word hitherto in a sentence?

If you want a better idea of how hitherto can be used in a sentence, read these usage examples on Vocabulary.com.