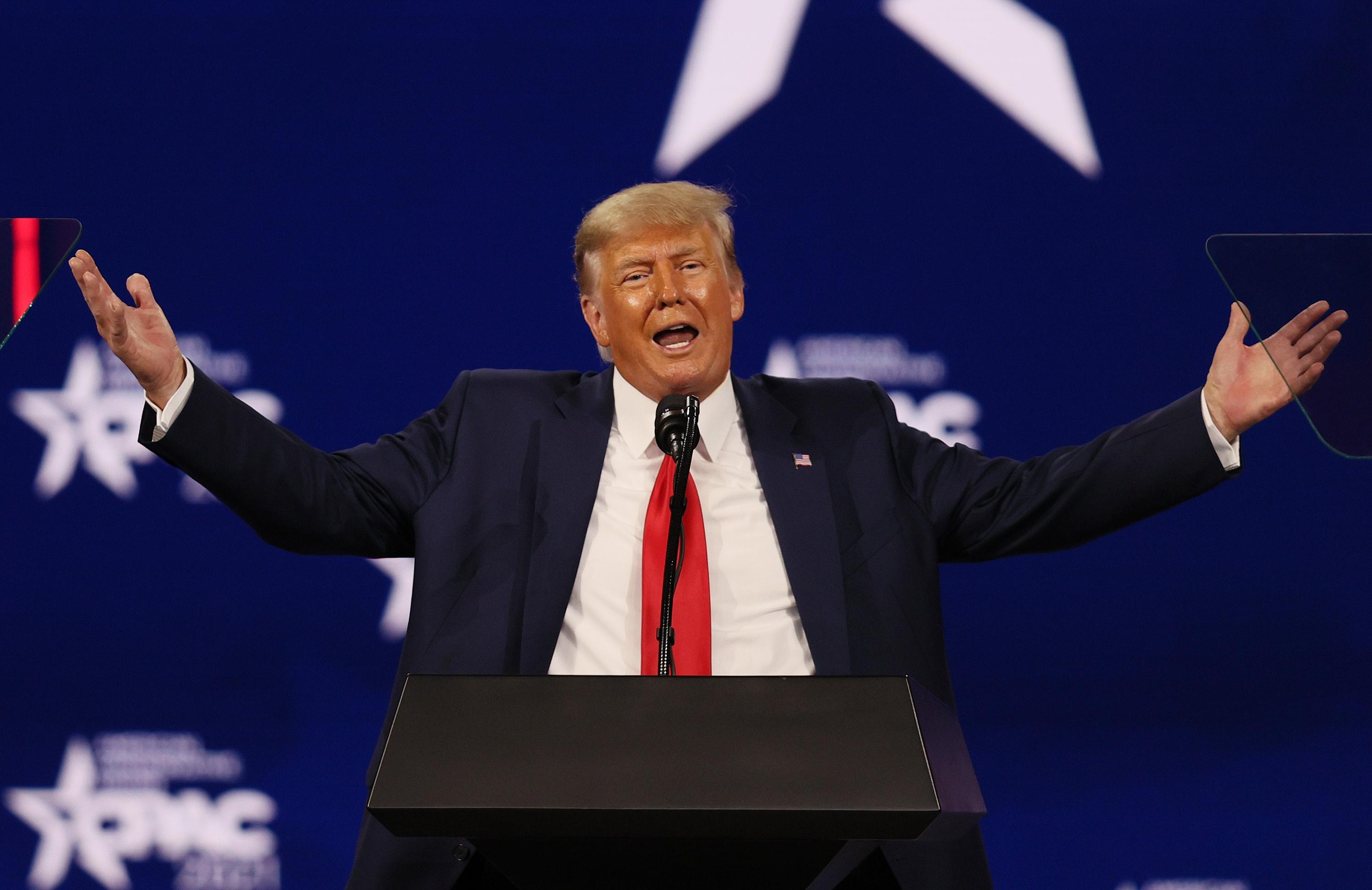 On Sunday night, the 78th Golden Globe Awards honored the best in American television and film as chosen by the Hollywood Foreign Press Association. However the real show, according to social media, had taken place hours earlier across the country in Orlando, Florida at the Conservative Political Action Conference (CPAC). It marked the first time former President Donald Trump spoke to followers since President Joe Biden took office in January, and just weeks after Trump was acquitted in his second impeachment trial.

Also quite notable was that it was a stark departure from protocol, in which former presidents largely stay silent on matters related to the sitting president. Instead Trump offered a strong criticism of Biden and suggested U.S. policy had gone from “America first to America last.”

CPAC is the largest meeting of conservative activists and politicians in the United States, and it generally serves as a portent to the direction the Republican Party is headed. Based on the reception Trump received at the event, and on social media – it is clear that Trump will remain a dominant force.

Moreover, Trump made it quite clear that he wasn’t interested in forming a new party, but instead would work to unite Republicans and help take back control of Congress including the Senate and House of Representatives.

Based on social media it seems clear that Trump’s supporters aren’t looking to move to past his era and instead could be looking forward to the 2024 campaign. While former President Trump didn’t actually announce that he’ll be running again, his words could be inferred to suggest that Trump is up for a rematch with Biden – and told his followers he’d be ready to win for “third time” – insisting again that voter fraud played a factor in his loss to Biden in November.

Since the November election, Twitter and other platforms have largely been filled with tweets and posts calling for Trump’s impeachment, conviction and arrest, while others have been hoping Trump would simply go away. However, after the CPAC speech, it seemed that his followers have been energized in ways not even seen during the run up to the election.

There were also many who noted that CPAC scored higher ratings than Sunday evening’s Golden Globes ceremony on NBC.

There were a fair number of detractors on social media on Sunday and Monday, as well. Among them was Noah Bookbinder (@NoahBookbinder), president of Citizens for Responsibility and Ethics in Washington, who tweeted, “Donald Trump is not only maintaining the lie that he won the 2020 election, but his supporters are using that lie to justify restricting voting and democracy. That makes passing HR1, the For the People Act, which protects voting and democracy, more urgent.”

There was also no shortage of memes that poked fun at the former president while others attempted to compare CPAC to a white nationalist event.

What is clear from the response on Sunday and Monday is that Trump remains largely at the head of the U.S. conservative movement, and his supporters continue to stand by him. Given this support, it is unlikely that Biden’s calls for unity can come to fruition – half the country is standing by the other guy, while Biden’s own supporters still seem unwilling to compromise with anything the GOP has to say.

The uncivil war will likely continue to rage on, especially on social media.

What If When You Bought Clothes Or A Hat, You Got An NFT Too?