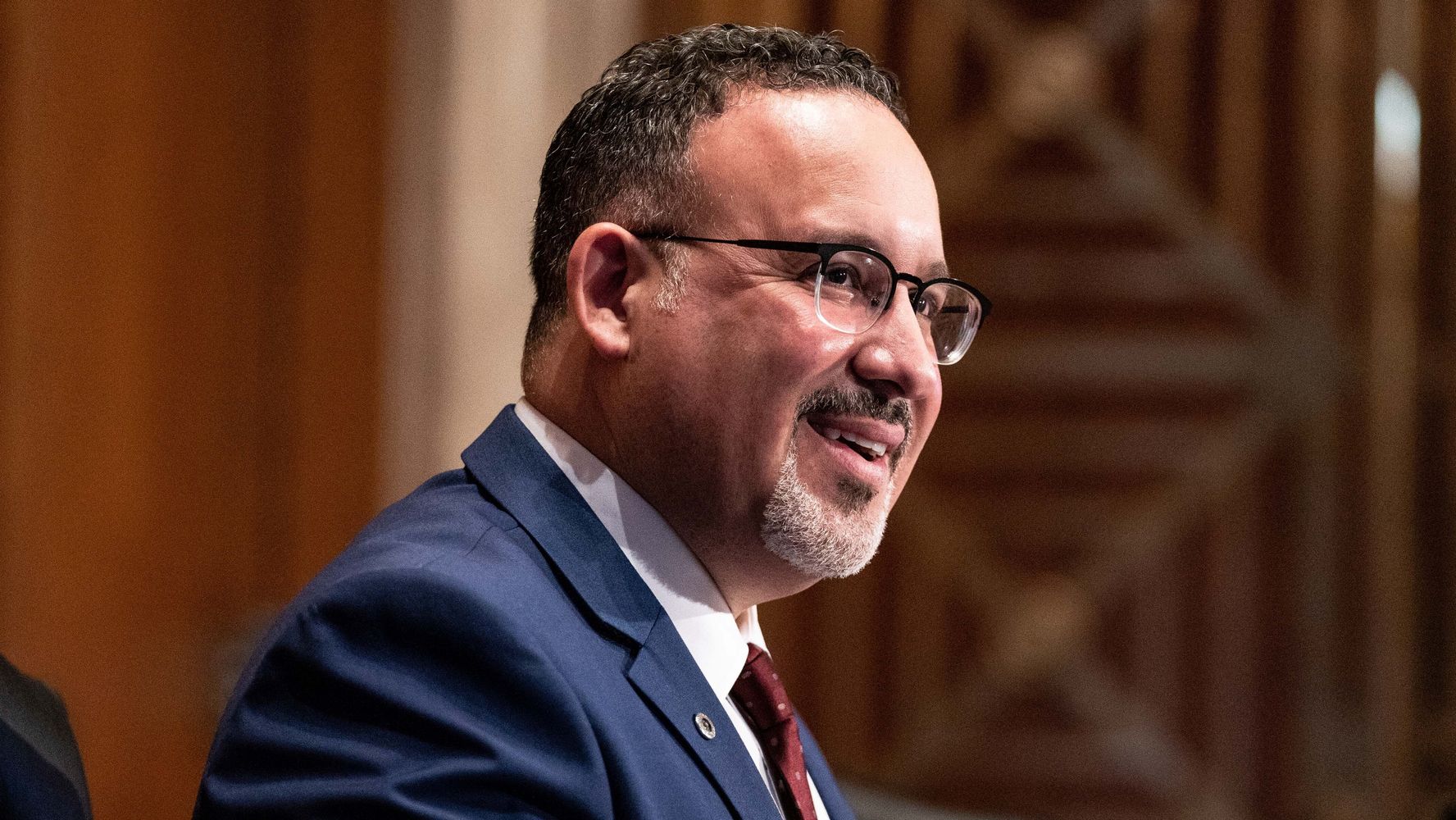 Miguel Cardona was confirmed Monday as the next U.S. secretary of education on a 64 to 33 Senate vote.

President Joe Biden’s nomination of Cardona, who most recently served as Connecticut’s commissioner of education, was seen as a popular choice that appealed to both teachers’ unions and education reform circles.

Cardona, 45, will take the helm of the department at a fraught time for the nation’s students due to the coronavirus pandemic. From kindergarten through the 12th grade, millions have been learning partially or entirely online for nearly a year. Cardona has emphasized his dedication to getting students back to in-person classrooms.

“We have examples throughout our country of schools that are able to reopen safely and do so while following mitigation strategies” for COVID-19, Cardona said at his confirmation hearing in February.

On the higher education front, Cardona will also be charged with navigating the department as political leaders debate if and to what extent student loans should be forgiven. Biden issued an executive order extending a pause on federal student loan payments through the end of this September.

Cardona, who hails from Meridien, Connecticut, started his career as a teacher before climbing the ladder through administrative roles. English is Cardona’s second language ― his parents were from Puerto Rico and he entered school with Spanish as his primary language.

He has emphasized his commitment to underserved student groups, and civil rights leaders cheered his nomination.

Cardona’s confirmation process was notably uneventful compared with that of his predecessor in the Trump administration, Betsy DeVos. The Senate deadlocked, 50-50, on her nomination and she was confirmed when then-Vice President Mike Pence broke the tie. DeVos served in the post until less than two weeks were left in President Donald Trump’s term.