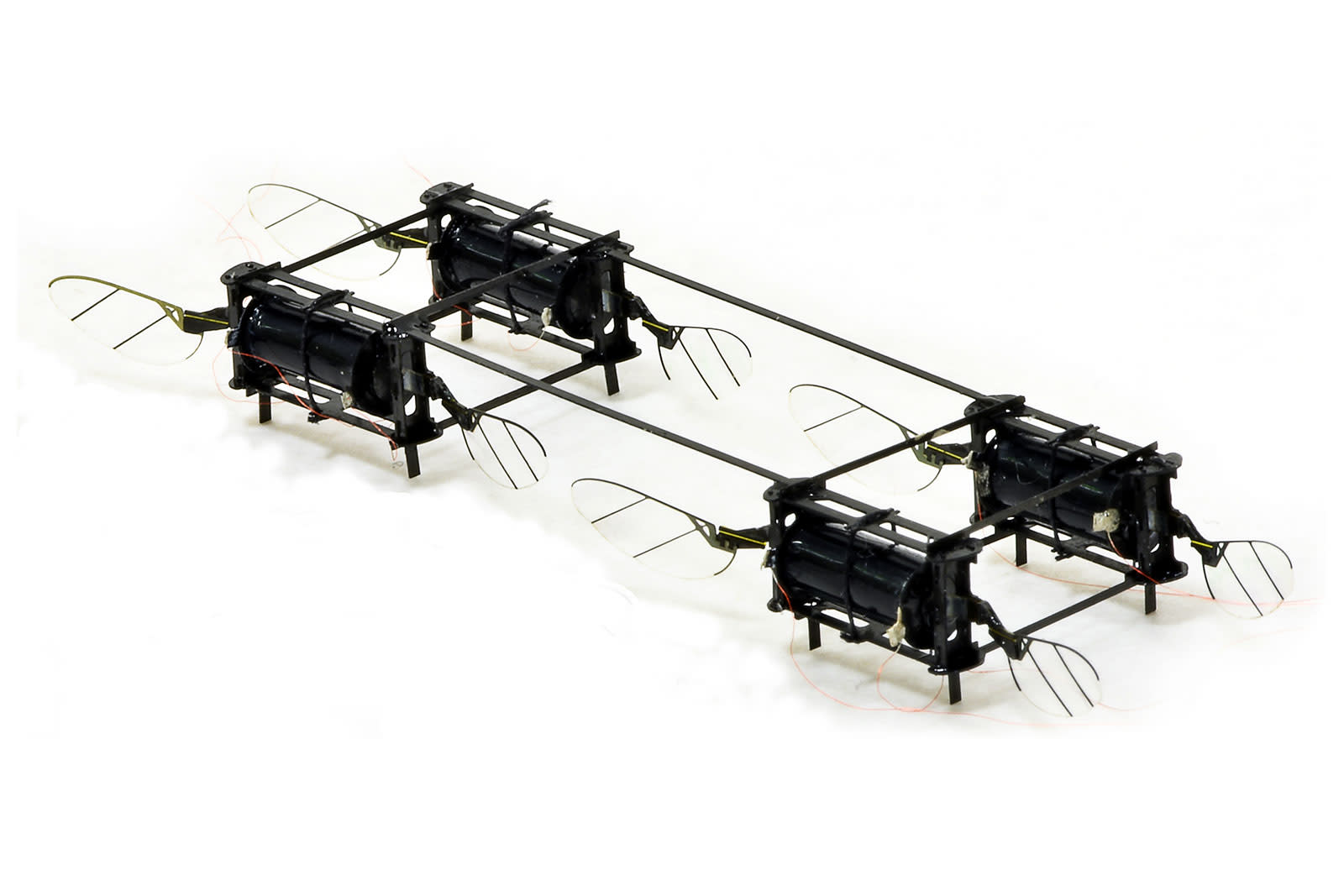 Insect-like drones have taken one large step closer to becoming a practical reality. Researchers at Harvard, MIT and the City University of Hong Kong have developed tiny insect-inspired drones that can not only maneuver in extremely tight spaces, but withstand bumps if things go wrong. The key is a switch to an actuation system that can flap the drones’ wings while surviving its share of abuse.

To date, drone makers wanting to go this small have had to ditch motors (which lose effectiveness at small sizes) in favor of piezoelectric ceramic-based rigid actuators. The new drones rely on soft actuators made from rubber cylinders coated with carbon nanotubes. When you subject those nanotubes to voltage, they squeeze and stretch the rubber to beat the drones’ wings nearly 500 times per second.

As you might guess, the combination is quite effective. While the drones are “centimeter-scale,” they can squeeze through small areas, perform tight maneuvers (including flips) and survive some collisions unscathed. They weigh as little as a bumblebee, too, at about 0.02oz.

There are plenty of limitations at this stage. The insect-style drones are still tethered to power sources, and there’s so much intelligence you can pack into such a minuscule robot. They’re a long way from practical use.

If scientists can solve those problems, though, the impact could be significant. MIT Assistant Professor Kevin Yufeng Chen envisions tiny drones that can inspect machinery, or even bee-like bots that artificially pollinate crops. Effectively, these extra-small devices could conquer a final frontier for drones, reaching environments where conventional drones simply can’t go.