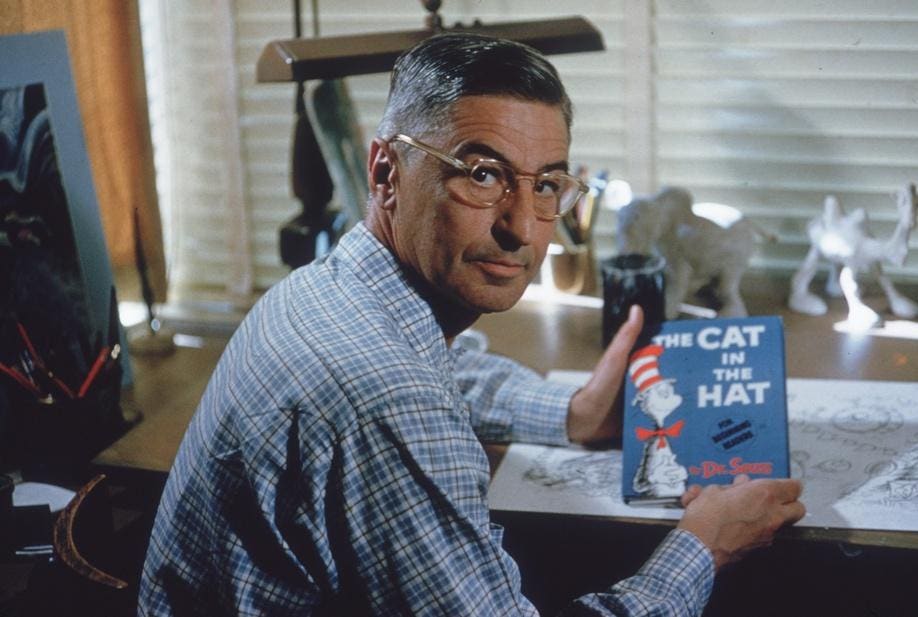 Cries of “cancel culture” were loud on social media on Tuesday morning, after Dr. Seuss Enterprises announced that six of the famous author’s books – including And to Think That I Saw It on Mulberry Street, If I Ran the Zoo, McElligot’s Pool, On Beyond Zebra!, Scrambled Eggs Super! And The Cat’s Quizzer – will no longer be published due to racist and insensitive imagery.

The business that preserves and protects the author’s legacy announced its decision after it had consulted educators and reviewed its catalog.

“Ceasing sales of these books is only part of our commitment and our broader plan to ensure Dr. Seuss Enterprises’s catalog represents and supports all communities and families,” the group said in a statement, which was released on the birthday of the famed children’s book author.

Seuss, born Theodor Seuss Geisel, has long been a controversial figure due to his publishing racist and anti-Semitic work dating back to the 1920s when he was a student at Dartmouth College.

The news that those six titles, which aren’t exactly among his more popular work, won’t be published going forward was met with both outrage and support across social media.

Conservative commentator Ben Shapiro (@benshapiro) of FoxNews was among those who called out the decision, “BRB buying all the Dr. Seuss volumes for the kids before the woke book burners can get to them all”

Dr. Eugene Gu, MD (@eugenegu) also called out this as part of the cancel culture, “The mainstream media is a lot more racist against Asian Americans than Dr. Seuss. But you can’t cancel the arbiters of cancel culture. They make the rules and are above the law.”

By contrast CNN commentator Keith Boykin (@keithboykin) took to social media to support the decision to cease publication of certain books. “I grew up with Dr. Seuss books and attended the same college. But this reminds us that racism is embedded in the DNA of America. Anyone who claims they ‘don’t have a racist bone’ in their body hasn’t thought very deeply about race in America.”

Writer Nick Jack Pappas (@Pappiness) also tried to set the record straight that this wasn’t actually about canceling the works of Seuss.

Of course there was no shortage of outrage on social media that saw it otherwise.

And a few even took shots at the White House on Tuesday, after President Joe Biden removed mention of Dr. Seuss from “Read Across America Day.”

The cries of cancel culture certainly resonated on social media, but it should be stressed that Seuss isn’t actually being banned. Moreover, it is also worth noting those six titles didn’t include the beloved classics including The Cat in the Hat, Green Eggs and Ham and notably How the Grinch Stole Christmas.

“Those titles that won’t be published were flat out racist and they were pretty awful,” said Dr. Matthew J. Schmidt, associate professor of political science at the University of New Haven.

“There is no question of culturally sensitive,” explained Schmidt. “Seuss was a person of his time and his works also evolved over time.”

However, on social media this is just another issue where there seems to be little middle ground.

“When one side shouts cancel culture they are just factually wrong,” added Schmidt. “This reflects the responses from the two Americas on what is fact and what isn’t.”

However, while it is true that only those six books won’t be published, it is worth noting that it could be Read Across America Day that also suffers as Seuss is trending and overshadowing the efforts to get everyone to pick up a book in general.