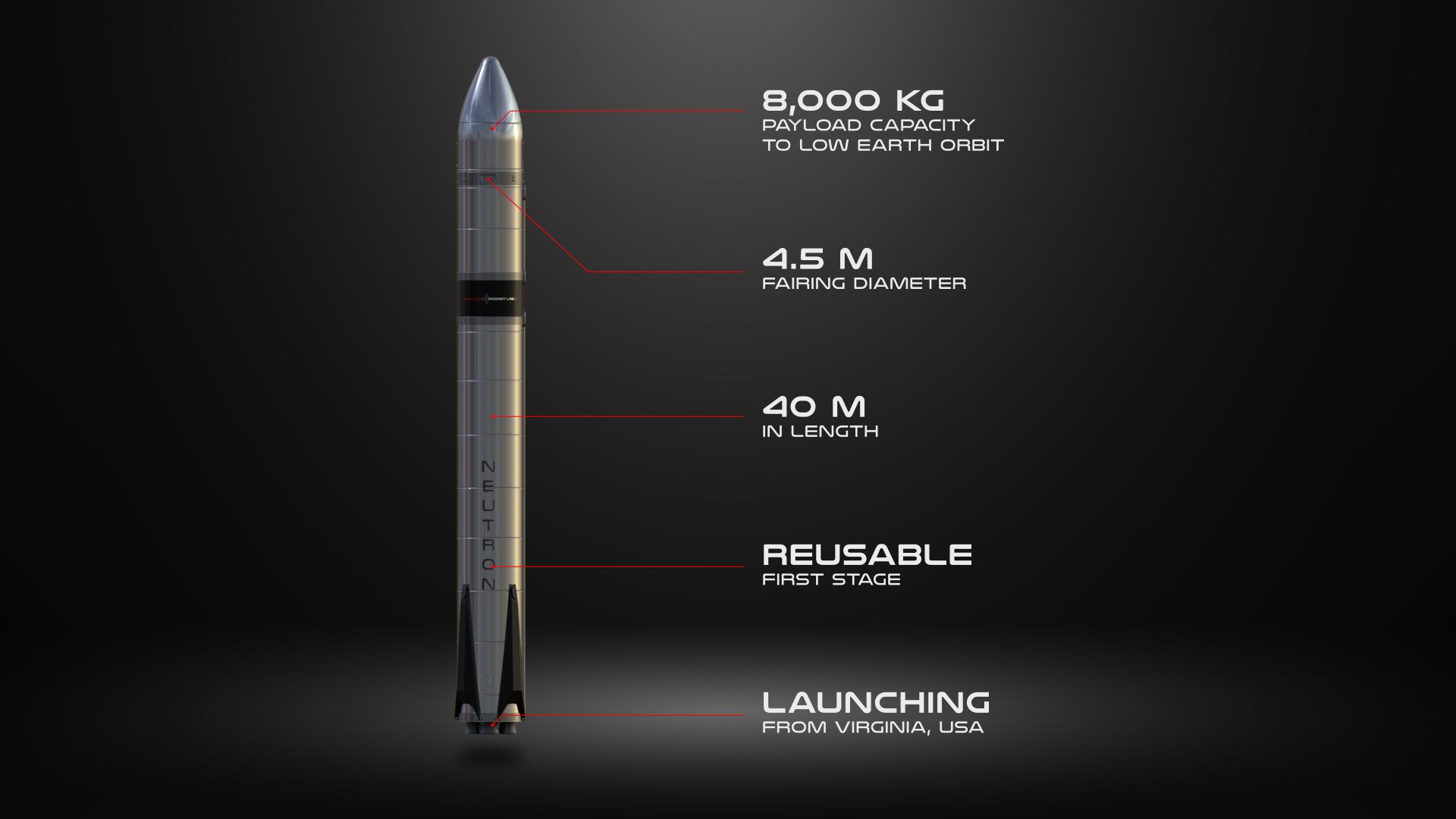 Rocket Lab is developing a larger rocket that can carry bigger payloads than its current reusable trooper, the Electron. At 131 feet tall, the Neutron launch vehicle will be more than double the size of its predecessor and will also outstrip it in terms of lift capacity: It will be capable of carrying 8 metric tons to low-Earth orbit compared to the Electron’s 660 lbs capacity.

The Neutron will also have a fully reusable first stage that can land on an ocean platform, in the same vein as SpaceX’s Falcon 9 booster. Rocket Lab is looking to fast-track the rocket’s first flight to 2024 by using the existing launch pad at Virginia’s Mid-Atlantic Regional Spaceport located at the NASA Wallops Flight Facility. It’s also scouting sites across the US to build a new factory where the Neutron will be assembled at scale.

The new rocket is designed with an eye to the future of mega-satellite constellations. Its larger payload means it can take multiple small satellites in batches to specific orbital planes, creating a “a more targeted approach to building out” the massive projects, said Peter Beck, Rocket Lab founder and CEO. Demand for the constellations is growing, with the satellite networks enabling better navigation and providing communications in rural areas back here on Earth. The Neutron’s lift capacity also means it should be able to transport 98 percent of all satellites forecast to launch through 2029.

Rocket Lab says the new rocket builds on the architecture used in the Electron, which overcame a launch failure last July to return to flight the following month. It’s funding the Neutron’s development by going public through a SPAC merger, also announced today, combining with private equity firm Vector Capital. The deal — which sees it tapping into the buzz around fellow rocket companies SpaceX and Virgin Galactic — is set to value Rocket Lab at over $4 billion when it closes in the second quarter.

How to Reduce Chrome Memory Usage

In Dead & Beautiful’s Trailer, the Pursuit of Decadence Leads to Horror