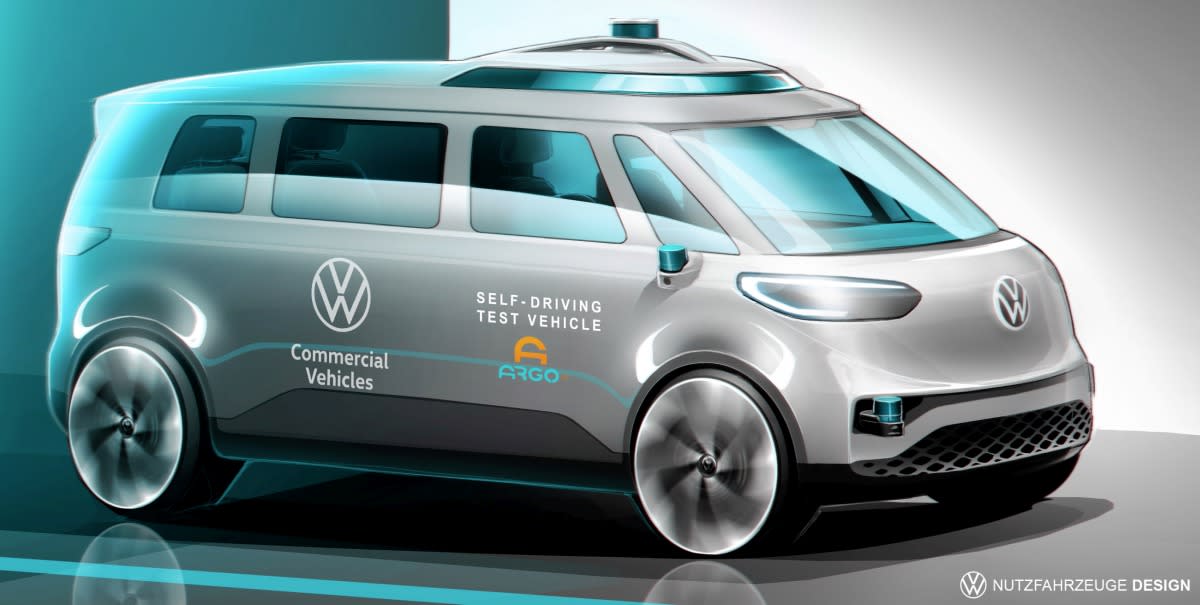 Volkswagen at one time said its electric ID.Buzz van would reach dealerships by 2022 (that announcement has been removed but you can view it in the Internet Archive), but news from its commercial division confirms that at least an unveiling is still on deck for next year. Beyond that, VW autonomous driving exec Christian Senger said “This year, for the first time, we are conducting field trials in Germany, in which the self-driving system by Argo AI will be used in a version of the future ID. BUZZ by Volkswagen Commercial Vehicles.”

Argo AI is the autonomous driving technology that Ford and VW have partnered to invest in and develop. The commercial vehicles team is developing vans to use the self-driving tech in that are based on the ID.Buzz to power a ride-hailing and pooling concept with autonomous vans that can operate in urban areas.

With the announcement VW also released this concept sketch (above) of the self-driving test vehicle that Germans may see on roads any moment now. LIDAR sensors are visible on the corners and a roof-mounted bulge should hold more tech to help the van sense its surroundings. As Autoblog notes, this concept doesn’t have the retro-themed two ton color scheme we’ve seen in previous ID.Buzz releases, but we’ll have to wait for the reveal to see how it pays homage to VW vans from the past.