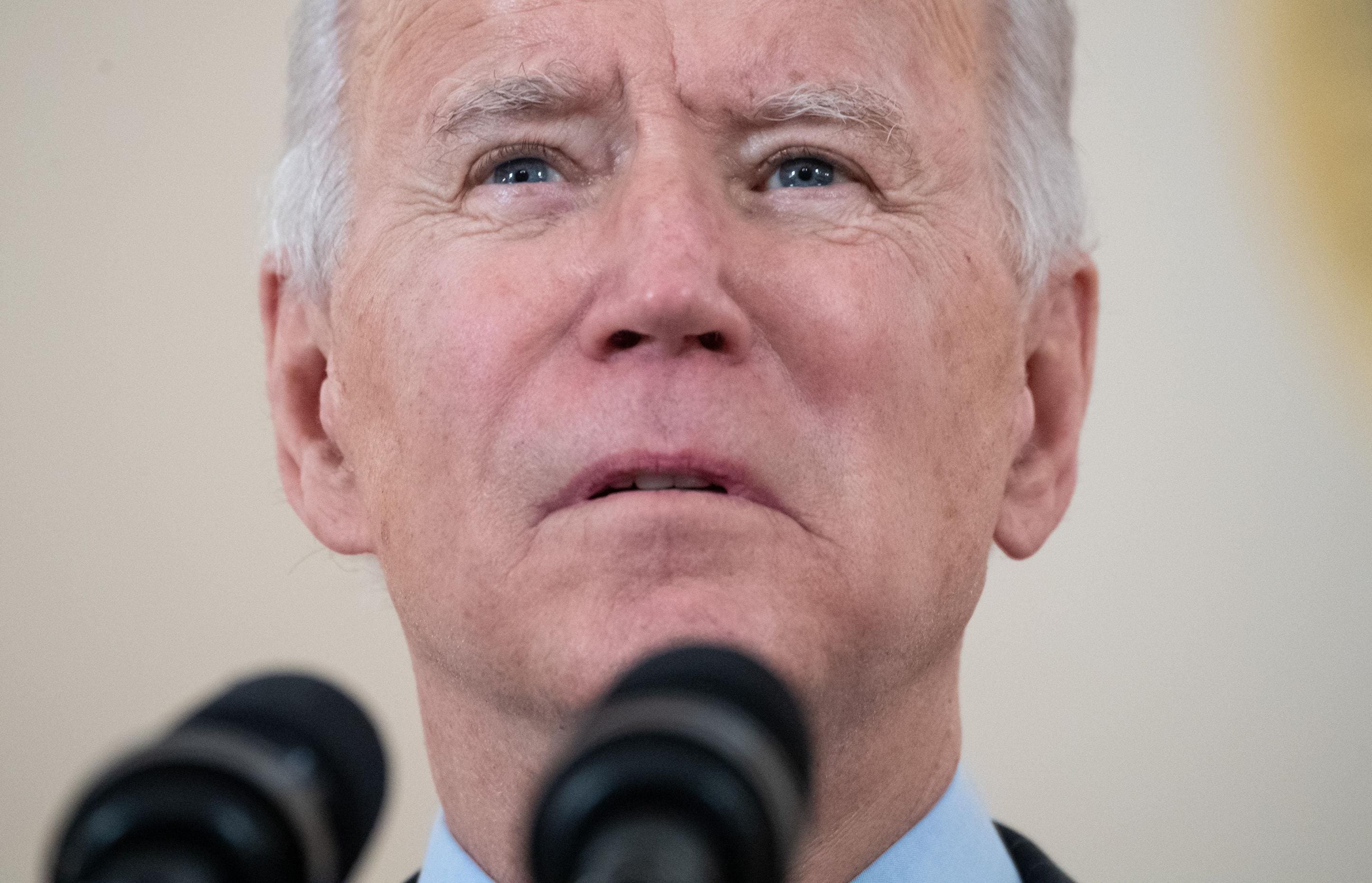 President Joe Biden has come under fire this week, not just from Republican lawmakers and conservative critics, but from many progressives following his orders to bomb Syria. On Friday, the President and White House Press Secretary Jen Pasaki were called out for past comments each had posted to social media criticizing former President Donald Trump for similar actions in the Middle East.

By Saturday morning several hashtags and memes related to the bombings on Syria had been trending across social media according to website Trendsmap.com. The hashtags #BidenBombs was among the top global trends yet it wasn’t just tagged to the missile attack on Syria.

The wave of anti-Biden hashtags could suggest that the so-called “honeymoon” period is already over, especially as the harshest critics and loudest voices seemingly came from Biden supporters.

@MartinWilliams95 was among many who quoted Biden for calling former President Trump:

Another user, @Willie_jackson_ , also suggested there is strong disappointment in the new president’s actions, “I voted for @JoeBiden to not see this. #BidenBombs #Syria without any congressional approval. that might be right action to take, but the change we were looking for comes here. Don’t be a new Trump

A number of memes trended on late Friday and Saturday that called out President Biden’s actions – some humorous and some far more blunt.

Comedian Preet Singh (@comedypreet) was among a few who attempted to find humor in the situation while he mocked the administration’s actions with a short video that was also posted to social media, “This is how I imagine Biden’s Democrats think Syria has reacted to his bombs”

The issue wasn’t limited to the United States either. Irish Republican Socialist Senator Paul Gavan (@pau_gavan) was among those on the international stage to call out President Biden, “Yesterday Joe Biden bombed Syria and dropped the proposal for a $15 minimum wage from his Covid relief package. Business as usual then. #Biden #BidenBombs #AmericaIsBack”

The Pundits Join The Fray

Some political commentators also called out the president, and surprisingly it wasn’t just those on the right this week. Progressive commentator Krystal Ball (@krystalball), tweeted, “So when they said $2k checks immediately, what they actually meant was $1400 checks, whenever we get to it, after bombing Syria and abandoning the minimum wage hike. Good luck in the midterms!”

Journalist Richard Medhurst (@richimedhurst) called out now only President Biden, but many of his progressive supporters, “Hey @AOC does Biden bombing Syria also count as violence? You and your colleagues seem awfully quiet today.”

The sentiment was shared by political pundit Matt Couch (@RaealMattCouch), “So now the Biden Administration is trying to start issues with the Saudis on top of Syria in a span of 24 hours…. Amazing work Dems…”

However, as Vox reported via its official Twitter account (@voxdotcom) some progressive lawmakers have been vocal about the attacks.

However, President Biden’s actions in launching the attack at Iranian-back militants in Syria was likely not a decision that he made on the whim.

“I’m not sure he had much choice,” explained technology industry analyst Rob Enderle, principal at the Enderle Group.

“That was the joint chief’s recommendation, and U.S. soldiers had been attacked with one injured,” added Enderle. “It was a test of his resolve, and had he not defended his troops, he’d have been crucified, and rightly so.”

What is notable is how quickly critics can become so vocal thanks to the power of social media. And these recent tweets and reactions across social media are a reminder that the nation isn’t just divided, it could be seriously fractured, and the hopes for healing could be soon dashed.