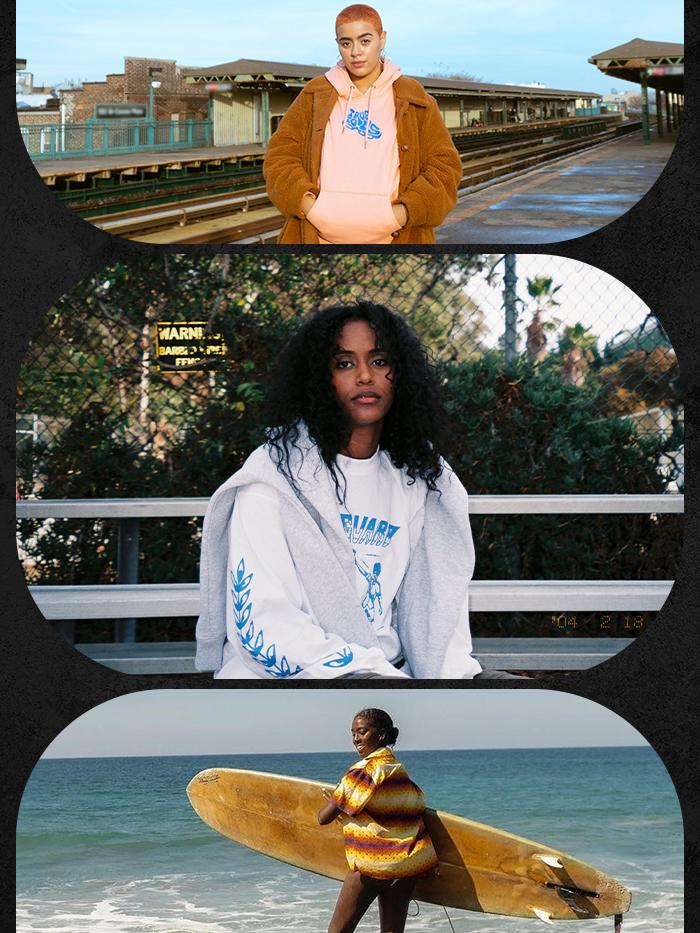 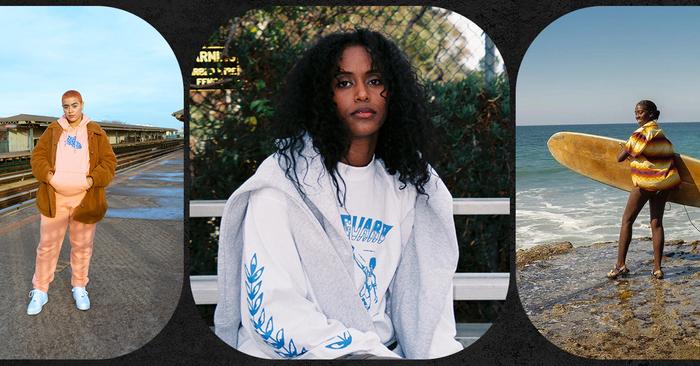 What are some of your earliest memories of streetwear?

My first introduction was in the late ’90s/early 2000s, sneaking to watch BET. Knowing how I grew up as a first-generation Caribbean American, I wasn’t even allowed to watch BET or MTV, so everything I learned about streetwear wasn’t necessarily through all of the iconic stylists from the past, but from watching rap music videos. I was noticing all the brands like the FUBUs and the Baby Phats of the world, going, “Okay, that’s what I need to be wearing. That’s what I need to be buying.” My school was very preppy in a suburban neighborhood, so it was different to incorporate those types of styles at the time.

You worked closely with a lot of streetwear brands in the PR industry. How did that change your style?

After coming to New York City for college, my style started evolving through my experience working at various PR agencies and internships. I was also influenced by women like Misa Hylton, who is now an advisor for the Black in Fashion Council and just someone that I truly look up to and admire, and Vashtie, who I frequently saw a lot in SoHo since I lived in Tribeca at the time. Essentially, my evolution towards streetwear was through firsthand accounts because I didn’t have the luxury of being exposed to that culture growing up.

Black women have a hand in setting so many trends in fashion. Did you see that type of representation working in PR?

When I was working at PR agencies, I definitely was the Black girl or the Black person. Once I got to a specific agency later on in my career, I was lucky enough to have a diverse team, and the brands they gave me were what they called the “streetwear”  brands of the agency. From then, as I started owning different clients, like working with Ronnie to open Kith and launch Kith Treats, that’s when people started to know me. But looking back, maybe not enough opportunities were given to us to be apart of streetwear in that way. However, I have now noticed an increased presence of Black publicists in the field. Years ago, I was always in L.A. and New York working on all of these big collaborations which also exposed me to so many different people from other areas in the fashion industry like Bephie from Union, who I looked up to, and so many more people you wouldn’t necessarily know until you get familiar with the industry. After seeing this I’m like, “Okay, there is another me here” or “There is another me there.”

Speaking of women like Kimora Lee Simmons with Baby Phat and Angela and Vanessa Simmons with Pastry, why do you think we don’t see that kind of big brand ownership from Black women within the streetwear space?

That’s a great question, and I really don’t know. Before recent events, I don’t think that people were investing in Black women or Black people, in general, so when we ask questions like, “Where were the investors? Where were these people to start a new brand?” I think a lot of these people were just trying to stay above water or work at companies where they knew that if they worked for a certain name they could elevate in the industry. That was really all that was said as “possible” at the time. I’m not saying that people couldn’t go out on their own, but if you watch the trajectory of previous urban wear or streetwear brands, you may be a little bit more hesitant. There are so many amazing people who have worked for the FUBUs, Karl Kanis and the Baby Phats of the world who are in different spaces of the fashion industry today and still have a wealth of knowledge or enough ideas to start their own brand. And maybe they are or maybe they aren’t okay with it. Starting a brand is expensive at a specific level, and at that point in time, it was different. I mean, now we have so many Black-owned brands—even over the course of a decade—who are turning pieces and collections every single season, but was it possible 15, 20 years ago? Not really. I’m not sure about the specifics, like what the cost of goods was, where they were sourcing their materials, how much it costs if they were being supported, or whether they were working two jobs to get there, or if there was like a silent investor, etc. However, we do know the ones that were around growing up impacted and inspired a lot of the non-Black-owned streetwear brands today.

What changes do you think are necessary from the industry in order to change this?

I think it has to just be a conscious decision. You have to want to help Black women. You want to also elevate them in spaces where their talents and their resources will be recognized and utilized. And not just because we’re in a space in time where people feel like they have to do it. It’s so easy to find new talent now. I have met so many Black women working behind the scenes in this industry I wouldn’t have otherwise known. Last year I had a call with a very well-known streetwear brand, and I was so shocked to know that the girl I was talking to on the other side of the phone, who was their publicist, was a Black woman. I said to her, “You’re Black? Oh my god!” It was nice to see. So it’s very interesting that as we continue to grow. People are getting these positions and their footing in different spaces.

Are there any Black women in streetwear that you currently look up to, or women-owned brands you have your eye on right now?

Well, Beth Gibbs or Bephie who owns Bephies Beauty Supply as well as Estelle Babenzien who is co-owner of Noah. Then you have so many new designers who are coming out through the Council that I’m getting to know like Sade who founded EDAS. I also like Glazed NYC too. I think there are so many veterans and newcomers that we’ll see one hundred percent more growth. By the time I retire, I just hope that I can pass on the baton to Black girls either working for me or some of my mentees or just other Black women, in general. I hope that as an industry we continue to champion Black women in different spaces of fashion. And for me, whether it be streetwear or elevated streetwear or footwear, I think there are more spaces and chances that we should definitely continue to work in that wheelhouse where we are not in competition with each other. There doesn’t need to be one at the table.