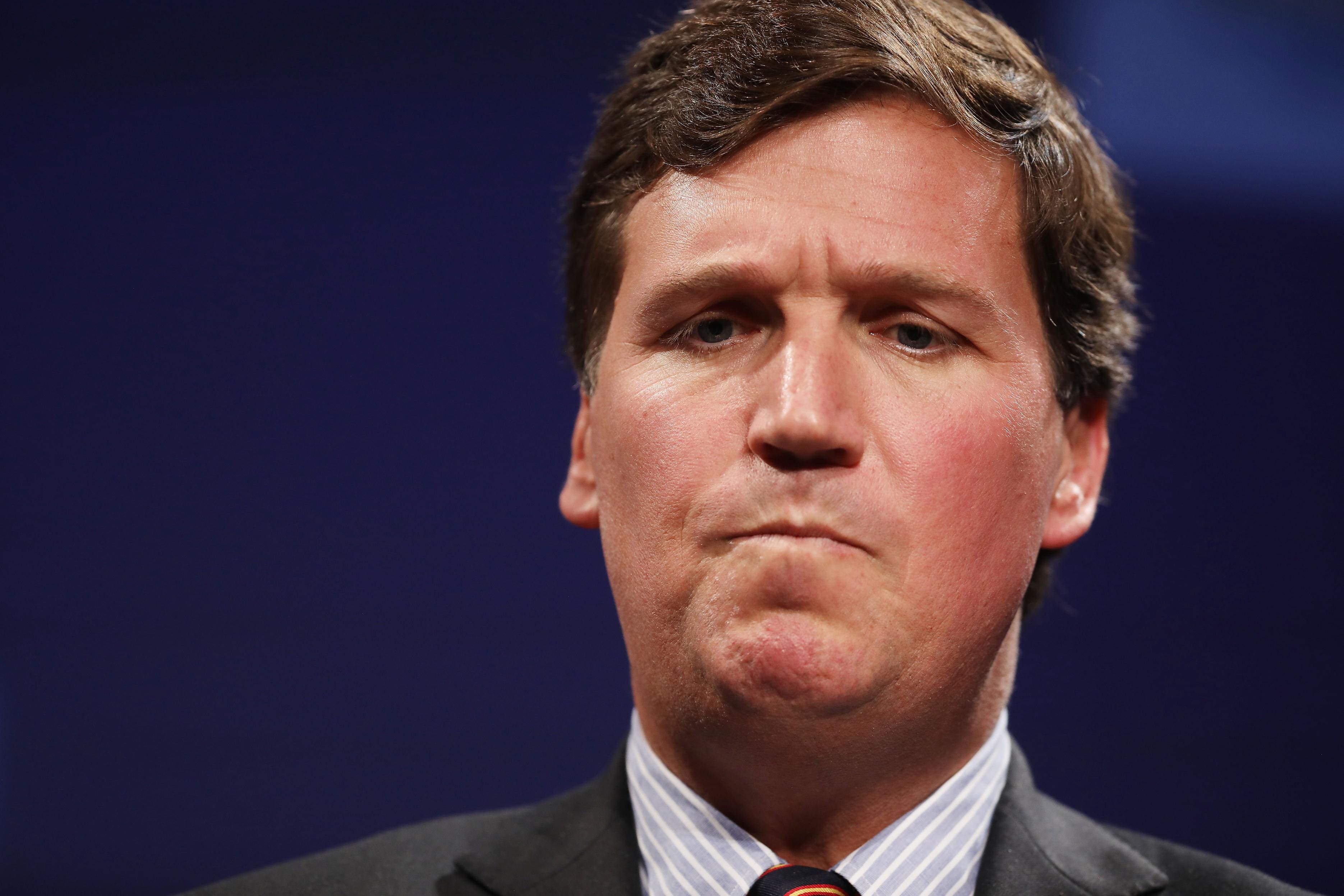 Fox News Channel’s Tucker Carlson has been in the social media spotlight for much of this week after the conservative talk show host made some dubious claims on his program. He was mocked for claiming on his evening show on Tuesday that he couldn’t find any evidence of QAnon, which followed equally polarizing claims that there was no evidence of white supremacy during the Capitol Riot on January 6.

In the case of QAnon, the vast conspiracy theory that has circulated for the past three years, and which has been classified as a domestic terrorism threat by the FBI, Carlson said, “We spent all day trying to locate the famous QAnon, which in the end we learned is not even a website. If it’s out there, we could not find it.”

Those comments came one day after Carlson told viewers, “There’s no evidence that white supremacists were responsible for what happened on Jan. 6. That’s a lie. And contrary to what you’ve been hearing, there’s no evidence this was a, quote, armed insurrection.”

Such extreme comments aren’t exactly new coming from Carlson, but since making them the Fox News talk show host has been called out on social media – with hashtags #TuckerCarlson trending alongside #tuckercarlsonbigot and #TuckerCarlsonRacist.

Across social media many users simply called him out over his recent claims.

Actor and comedian DL Hughely (@RealDLHugley) was among those to mock Carlson, “#TuckerCarlson says he couldn’t find #QAnons website, then again he also said he’d never met a white supremacist, but had to fire his head writer last year for being one! #TeamDl”

CNN anchor Christopher C. Cuomo (@ChrisCuomo) was among those who suggested that the controversy could be good for ratings, “By fox standard, he may be more important than ever. He is shameless in pandering bs and fomenting division.”

However, a few users on social media have stepped up to show their support for the Fox News firebrand and even some of Carlson’s more controversial comments. This included conservative filmmaker Dinesh D’Souza (@DineshDSouza) who posted, “Kids in cages and open borders are only the beginning.  Watch Tucker Carlson expose the REASONS behind Dems awful immigration policies.”

Will There Be Fallout?

Given how vocal critics of Carlson have been on social media, the question could be asked whether there will be any fallout or backlash. But given the divide in the country that seems unlikely.

“I’m not sure it matters at this time,” said technology futurists and brand strategist Scott Steinberg. “With increasingly polarized audience any ‘truthfulness’ is relative at this point. Currently each half of America is operating with its own reality. So taking a stance isn’t enough.”

Carlson has remained popular with his audience, and his brash take on current events is nothing new, so even something controversial may not matter.

“The loudest voices gather a following, and that’s true on TV and on social media,” added Steinberg. “More importantly, certain individuals subscribe to the old saying ‘there is no bad press,’ and for Carlson this could be the case.”

What could make a difference is that in addition to calling out his extreme commentary on social media, many users are now calling for him to be fired or for advertisers to pull their support. As has been seen with Gina Carano’s firing by LucasFilm after her comments on social media, it is possible Carlson could find himself in a difficult situation.

“The outrage has to reach a certain point,” explained Steinberg. “Fox News could hit in the pocketbook and that could include the ratings but also if advertisers pull out, but those companies that are standing by know this could be good for now. At some point there could be a tipping point, however and advertisers could have enough. But right now controversy attracts eyeballs.”