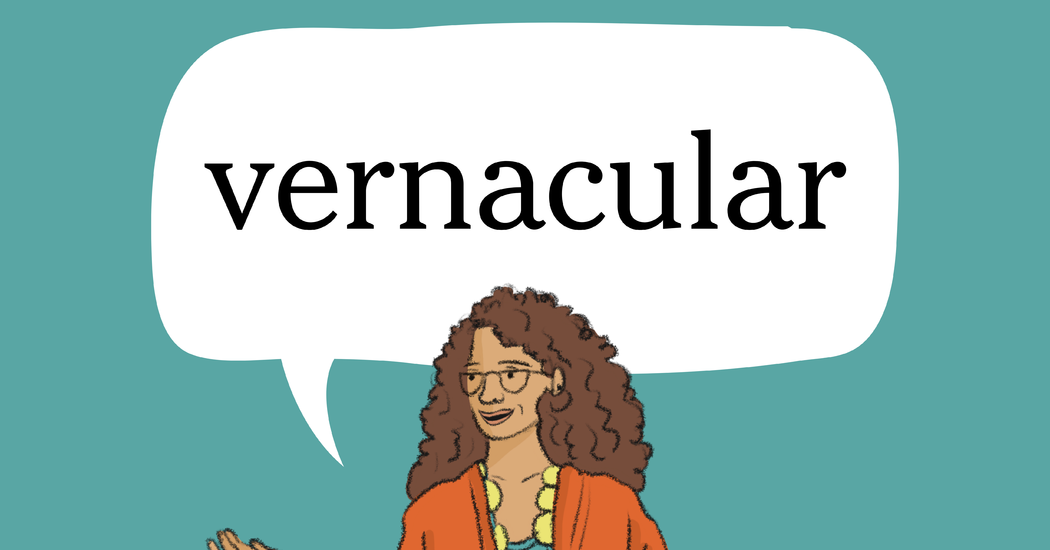 noun: the everyday speech of the people (as distinguished from literary language)

noun: a characteristic language of a particular group

adjective: being or characteristic of or appropriate to everyday language

The word vernacular has appeared in 122 articles on NYTimes.com in the past year, including on Dec. 18 in “How New York City Vaccinated 6 Million People in Less Than a Month” by John Florio and Ouisie Shapiro:

In front of news cameras, Dr. Weinstein vaccinated Mayor O’Dwyer, who had already been inoculated four times in the Army. President Harry S. Truman also got into the act. His visit to New York on April 21 was accompanied by news reports that he, too, had rolled up his sleeve.

“In today’s vernacular, O’Dwyer and Truman were influencers,” said Lisa Sherman, president of the Ad Council, the nonprofit group working on a campaign for the Covid-19 vaccines. “They could deliver important information that people wanted to hear. They were trusted messengers.”