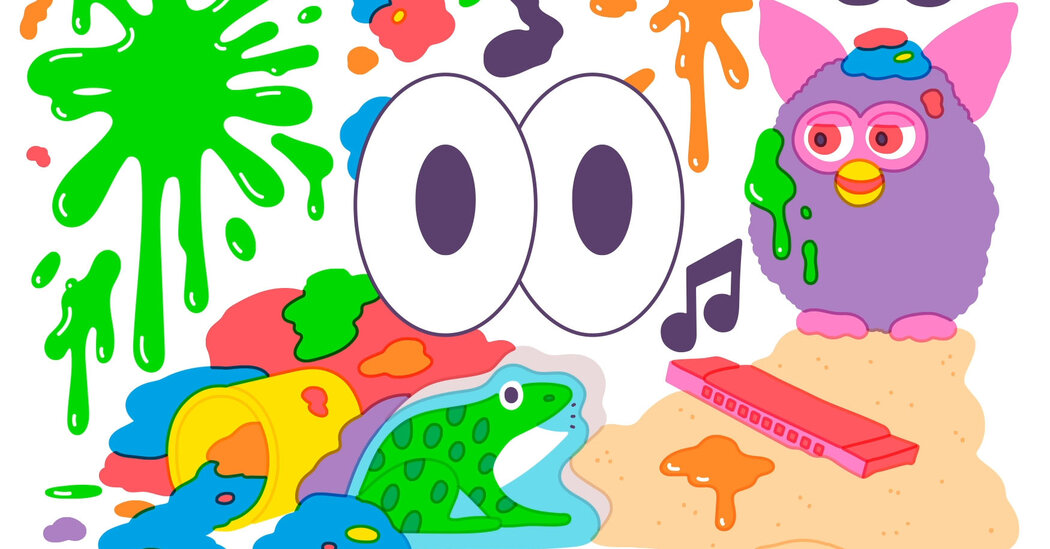 Do you have any all-time favorite toys? A doll, a puzzle, an action figure, a game? What made it fun to play with?

Conversely, have you ever had any true clunkers? Toys that were impossible to assemble or too easily broken? Toys you found maddeningly boring, messy, annoying, confusing, frustrating, scary or even dangerous?

What makes a bad toy, in your opinion?

In “An Unofficial Ranking of the 10 Most Annoying Kids’ Toys,” Jessica Delfino writes:

Nobody told me that once I had a child, I’d be held hostage by a deranged assortment of countless toys, each with their own maddening varieties of terrible features. Some are too loud, others too sticky, some are depressing and still others are even potentially dangerous.

After chatting with more than 100 mothers in an online parenting group, I learned that I was not alone, and that many other parents had come to loathe some of the same playthings I had. To help you avoid falling into the same traps, here is a list of 10 toys that consistently came up as some of the most infuriating, ranked from most to least annoying. These, we all agreed, could distress even the most unflappable parents.

Every toy company seems to have their own branded blob of slime, but some go above and beyond by selling it in a three-pound tub. Why? Three pounds of slime is too much slime. My son’s favorite stuffy owl sat in a puddle of it overnight, and is now permanently disfigured. “I hate slime so much, and it’s in every ‘surprise’ toy and now it’s also all over my couch,” said Anna Lane, a comedy writer in Los Angeles. “It got all over the carpet and I banned it,” said Diana Metzger, a mom in Maryland. You can have nice things or you can have slime, but you can’t have both.

Before I had a son, I gifted my niece a rainbow rack of Play-Doh. “Gee, thanks,” my sister said, sarcastically. I was confused. What kind of monster dislikes Play-Doh? Today, I’m that monster, infuriated by the dried crumbs that are encrusted onto the expensive things I’ve worked hard for. And Hasbro knows it — their website offers a long list of clean up tips. If traditional Play-Doh wasn’t bad enough, the company also makes putty, foam and even — hooray — at least three different versions of slime. Wonderful! Five more styles to also detest.

Those tiny, loose, hell flakes get stuck in floor cracks, between eyelashes, on fabric and, worst of all, in my photographer husband’s gear, so we’ve banished the stuff from our lives. One could theorize that glitter has been annoying parents since the beginning of time: Humans have been drawn to shiny things since the prehistoric period, when they would incorporate naturally lustrous substances like luminous gold, mirrored mica and beetle wing covers into artwork, textiles and more. Today, most glitter is made from plastic film, which can take about 1,000 years to biodegrade. “As an art teacher, I avoid glitter,” said Kelly Jones, who is also a mom and lives in Los Angeles. The sentiment is spreading; it’s used in my child’s school projects less and less. Good riddance.

I thought my neighbor and I were friends, but then she handed her daughter’s Furby down to my son. It talks nonstop in a high-pitched, head-splitting voice; it screams, flatulates and has no “off” switch. It needs to be unscrewed to take the batteries out and make it stop. Of course, my son loves it and it must go everywhere with us. The best part? She gave us two.

Trade Troubles: Learning About the Global Supply Chain and Why It’s Broken