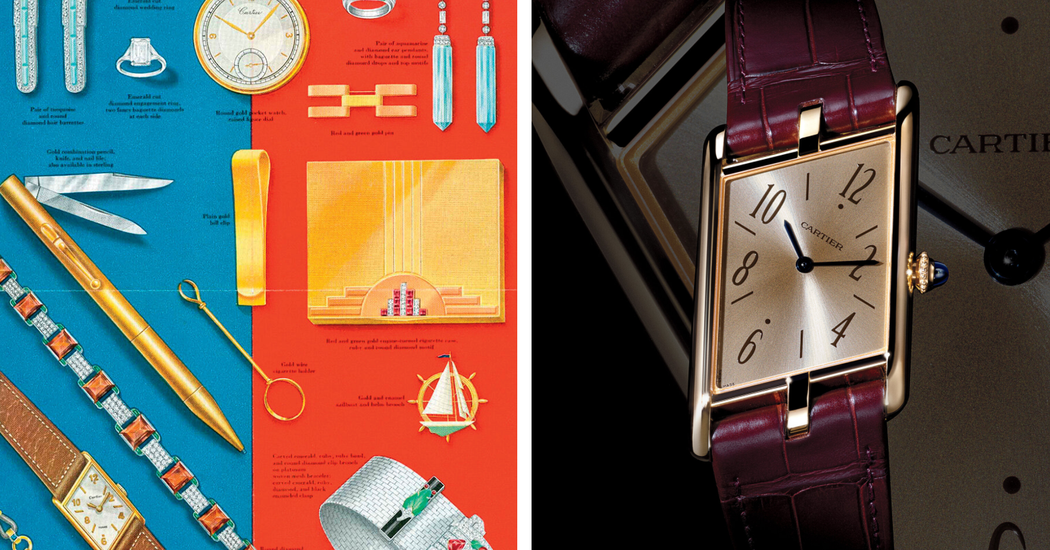 When Cartier began making wristwatches in 1904, the Parisian house approached the precise craft the same way it had fine jewelry design 57 years earlier, with an eye toward bold, uniquely geometric designs. After introducing the perfectly square Santos face and the elliptical Baignoire, Louis Cartier sketched the prototype for the Tank watch, reminiscent of the boxy Renault FT-17s that crawled the battlefields of Europe during the First World War. When seen from the viewpoint of the wearer, the watch’s rectangular shape — which features wide parallel sidebars called brancards — resembles the bird’s-eye view of a tank’s caterpillarlike treads. With the now-signature checkered chemin de fer design around the perimeter of the face and distinct Roman numerals, the Tank’s rigorously linear design was a radical departure from the era’s traditionally round watches.

By 1936, with Art Deco and flapper culture in full swing, the rectangle of the Tank morphed, intoxicatingly, into a diamond. Known as the Tank Losange or the Parallélogramme, this style had everything on its dial rakishly shifted 30 degrees to the right, its two vertical shafts connected by two oblique ones, with the numeral 12 sitting in the upper right-hand corner of the dial and the 6 in the opposite corner.

This season, the Cartier Tank has shape-shifted once again: The Tank Asymétrique features an 18-karat yellow-gold case, with the house’s signature blue-steel sword-shaped hands, a winding crown set with a sapphire and a brown alligator-leather strap with an ardillon buckle. (It’s also available in rose gold, and platinum with a ruby-set crown.) As ever, this off-kilter iteration playfully questions the order of things — a notion that is as fitting now as it was the day the Tank was born.